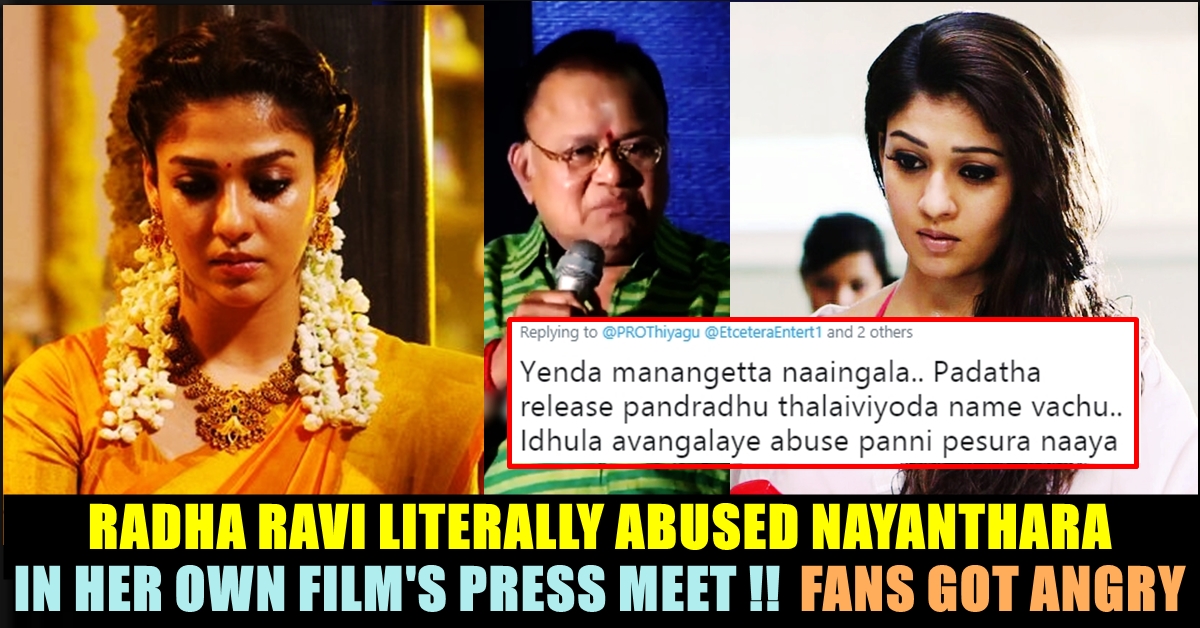 It seems that lady superstar Nayanthara is on a winning roll. After impressing us with her dual role in the recently released trailer of Airaa, the actress once again showed her acting chops in the trailer of Kolaiyuthir Kaalam. The 1-minute 30-second promo takes us on a thrilling ride and promises to be a spine-chilling affair. Talking about the trailer, we see Nayanthara is a mute person who is stuck in a mysterious bungalow along with her family located in a foreign land.

Directed by Chakri Toleti, the film also stars Prathap Pothan, Bhoomika Chawla and Rohini Hattangadi in key roles. The cinematography of the film is done by Corey Geryak, while the editing is done by Rameshwar Bhagat.

On the trailer release day of the movie, makers of Kolayuthir Kaalam has conducted a press meet in which senior celebrities such as Radha Ravi, Karu. Pazhaniyappan, Producer Suresh kamatchi participated. Unfortunately no speech of any celebrity neither related to the movie nor regarding it’s promotion. 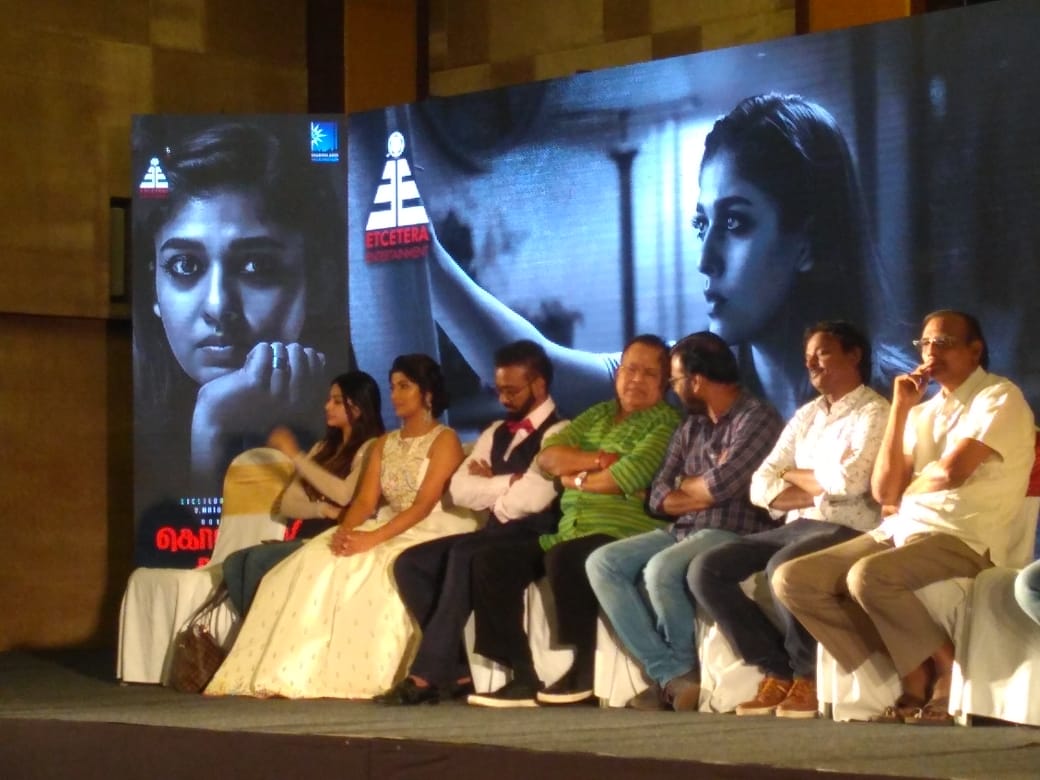 While Suresh kamatchi and Praveen Kanth argued about the internal politics in the producer’s council, Karu Pazhaniyappan suggested them not share such things in public media in a light note. Radha Ravi, the veteran actor, whose speech lasted more than 20 minutes does nothing good to the movie. 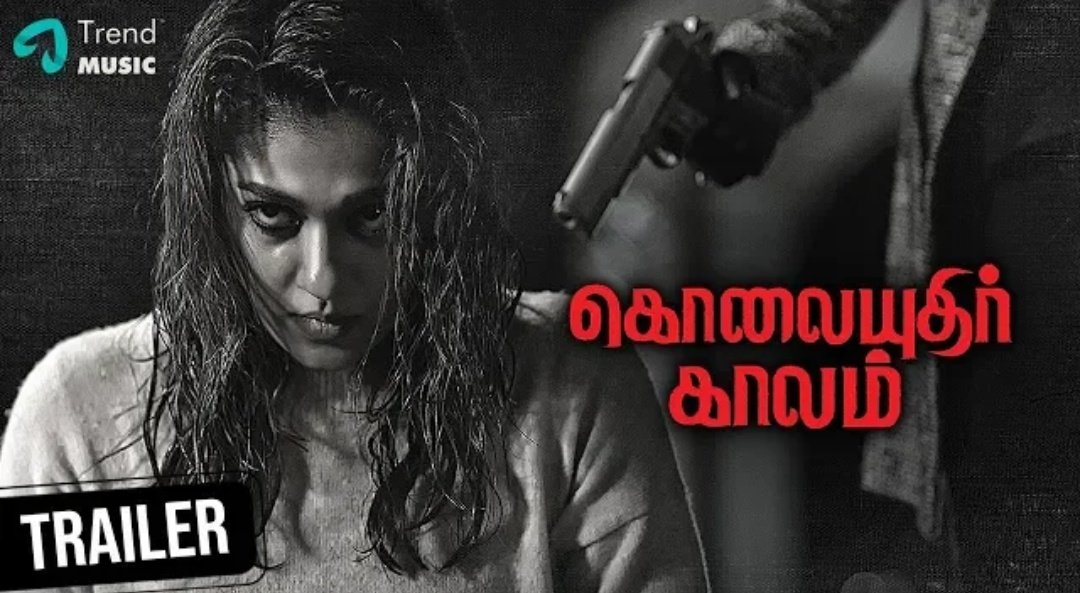 Starting his speech with thanking the Internet, Radha Ravi mocked the actors of Kolayuthir Kaalam for not attending the press meet function and asked the producer of the movie to get an agreement sign from the actors to ensure their presence in the promotional activities of the movie.

Radha Ravi asked everyone not to compare Nayanthara with Superstar Rajinikanth or MGR or Sivaji ganesan as they are legends. He said that it hurts him while hearing such things. “Nayanthara sustains in industry till today despite everything that happened in her personal life. People of Tamilnadu will forget everything easily. She acts as a devil in Tamil films and as Seetha in Telugu movies. In my days makers will cast only K.R Vijaya for sych roles but today anyone can do those roles irrespective of their character.” Radha Ravi indirectly mocked Nayanthara based on her personal life.

Apart from those who clapped for him, many people in social media disliked his speech as he intentionally made obscene comments on Pollachi issue and the personal life of some celebrities. Check out some of the reactions that are surfaced for his speech :

#RadhaRavi once again delivered untasteful obscene comments at #KolaiyuthirKaalam trailer launch. Totally insensitive about #Pollachi issue. High time producers stop inviting such speakers to audio launch events. I respect his acting prowess, no doubt he is a veteran but 🤦‍♂️🤦‍♂️

@actornasser @VishalKOfficial @VigneshShivN Is this Radharavi has too much power in industry??? First he throwed @Chinmayi out of dubbing union with no fault of her . ALL actress should stop working with the morons like Radharavi in any films … #RadhaRavi #BanRadhaRavi

Ena sola vareenga neenga😠 #RadhaRavi
Women should be respected at any cause. Idhu mari aambalaingalam kandipa naai kadichi dha saaganum. Ppl who clap for his stupid so called jokes shud be ashamed of urselves. https://t.co/7lDRHyp7dX

The man who speaks in this video, the ones who clap for him and the ones that smile when he speaks abusively about a female superstar ARE ALL TRASH! https://t.co/F4miE3etu6

On the professional front, the actress is awaiting for the release of her next film “Airaa” in which she performed dual role for the first time. She also shooting for Sye Raa Narasimha Reddy. Made on the budget of Rs 150 crore, it is produced by Chiranjeevi’s son Ram Charan and set to hit the screens in 2019. The film also stars megastar Amitabh Bachchan in a special appearance along with Vijay Sethupathi, Kicha Sudeep, Tamannaah in pivotal roles. Anyway, have you liked the trailer of Kolaiyuthir Kaalam?

Surya Shuts All The Trolls & Critics Who Said That He Entered Cinema By His Father’s Influence !! WATCH !!
Forget Meme Creators, These CSK Players Mercilessly Trolling The RCB Team For Losing !! MUST CHECK !!