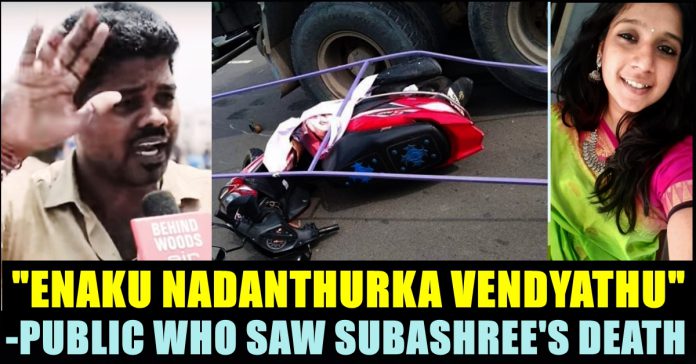 Former AIADMK councillor C Jayagopal has been booked after an illegal hoarding claimed the life of a 23-year-old techie in Chennai on Thursday.

Now the public who saw the accident in person, has expressed their opinion through Behindwoods Air. “It could have happened to us” says a man who came there to drop his wife. “The marriage function has ended days before but the hoarding was still there. We protested to remove those banners as soon as the accident occured but the police came only to support the political party” he said. “I don’t know why they are keeping it even after the ban from high court” he added.

Heart Melting Statement From The Father Of Ratan Takur, One Of The Soldier Who Died In Pulwama Attack !!

In total of 44 Central Reserve Police Force (CRPF) jawans were killed on Thursday and several others injured when Jaish terrorists targeted a convoy...