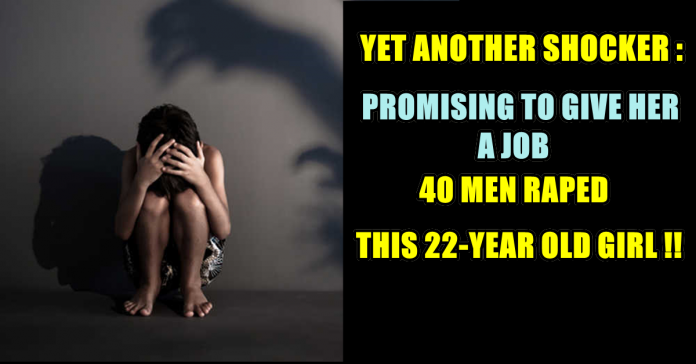 A Chandigarh-based woman in her early 20s has alleged sexual assault by at least 40 men for four consecutive days in the Morni Hill area of Haryana’s Panchkula district.

Police said on Friday that two persons have been arrested, while identification and search for others involved in the incident was under way. The woman in a complaint lodged at the Manimajra Police Stationin Chandigarh alleged that she was kept captive at a guest house and raped by at least 40 men in turns, police said.

“We have registered a case under relevant sections of the IPC on a complaint from the victim and arrested two persons. Investigation is on,” said Ranjit Singh, SHO of the police station. Taken to Morni Hills for ‘providing a job’

Police said that initial investigation revealed that one of the two arrested had taken the woman to Morni Hills on the pretext of giving her a job. She was taken to the guest house and raped there by for four days by 40 men. She managed to escape on Thursday, recounted the ordeal to her family and then approached the police.

Previous articleDhoni Said “No” To An Autograph For A Fan, Check What Virat Did There !!
Next articleAfter A Series Of Wrong Mob Killings In India, Whatsapp Decided Put A Full Stop In This Way !!