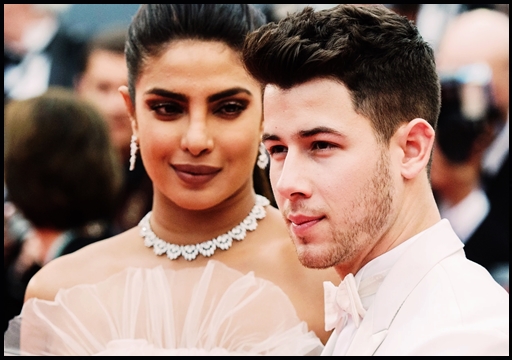 The announcement made by the most famous celebrity couple Priyanka Chopra and Nick Jonas about themselves becoming parents all of a sudden, surprised fans, media portals and other social media handles. he duo took to their respective social media handles to share the happy news with the world. They who said that they welcomed a baby through surrogacy, sought privacy from the public regarding the same as well.

The globally recognised actress who started dating American singer and actor, Nick Jonas in May 2018, married him on the same year. Jonas proposed to her on 19 July 2018, a day after her birthday in Crete, Greece. Chopra and Jonas became engaged in August 2018 in a Punjabi Roka ceremony in Mumbai. In December 2018, the couple married at Umaid Bhawan Palace, Jodhpur in traditional Hindu and Christian ceremonies. Following the marriage, Chopra legally changed her full name to “Priyanka Chopra Jonas”.

The celebrity couple has always been under the media scanner. Their public appearances and social media posts often made it to the headlines due to the craze of their fans. On Saturday, Priyanka came up with an Instagram post announcing that she became a mother through surrogacy. For the unversed, Surrogacy is nothing but an arrangement in which a woman agrees to carry and give birth to a child on behalf of another person or couple.

Both Priyanka Chopra and Nick Jonas uploaded the same post which read “We are overjoyed to confirm that we have welcomed a baby via surrogate. We respectfully ask for privacy during this special time as we focus on our family. Thank you so much”

Many celebrities from across the world including south Indian leading actress Pooja Hegde who is going to appear in Vijay’s “Beast”, congratulated the couple for their newly born baby by writing “Congratulations, Sending you loads of love and happiness”

“Valimai” heroine Huma Quereshi said “This is amazing !! Congratulations !!” by tagging Nick Jonas and Priyanka Chopra. Many others including Lara Dutta, Lilly Singh expressed their wishes by dropping comments. Surprised fans has been reacting in social media platforms in various ways regarding the announcement made by the actress and her husband in their respective social media accounts.

WE ARE SOBBING 🥺😭♥️ #PriyankaChopra pic.twitter.com/VwUyOEz3hd

I thought I’ll be not tweeting before morning.
But but but….

Priyanka Chopra is a mother now 🤯

Congratulations to the couple #PriyankaChopra #NickJonas

I am so glad #PriyankaChopra is a girl mom now..that girl is going to be a wonderful strong human being ❤ pic.twitter.com/rqVZEWykk1

Previous articleThese Contestants From Season 5 Are Going To Take Part In BIGG BOSS ULTIMATE??
Next articleWhen Vijay Talked About Raju To His Best Friend Sanjeev !! WATCH

Teachers' Day is dedicated to our teachers, mentors and gurus who guide us to be learned students and better human beings. Every year, Teacher's...