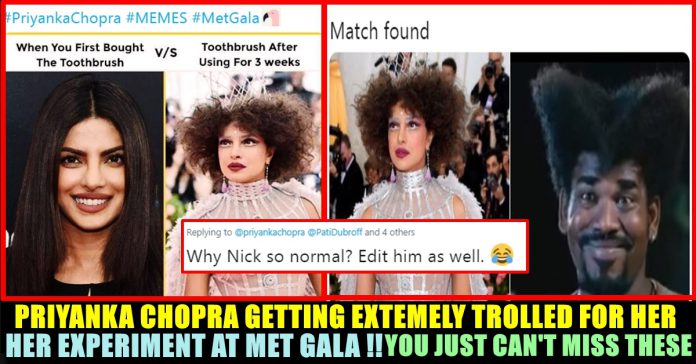 The Met Gala 2019 has finally started and the pictures have got Twitterati talking. This year’s theme is ‘Camp: Notes on fashion.’ So, naturally, you had to see the outrageous and experimental outfits coming. Bollywood beauties Priyanka Chopra and Deepika Padukone’s appearance here was much awaited, especially by desi fans. Both the actresses looked stunning but then Twitterati was already ready with their judgemental tweets.

American actor-singer Nick Jonas and actress Priyanka Chopra Jonas brought a dose of whimsy to the Met Gala 2019 with their appearance as a married couple.

Nick, 26, and Priyanka, 36, attended their first Met Gala here as a married couple on Monday night.

For the event with theme ‘Camp: Notes on Fashion’, Priyanka brought whimsy and animation to the pink carpet with a vibrant, yet unique custome-made Dior gown. She went bold and played up the theme with a zany look in a silver gown with colourful ruffled feathers, a very high leg split, a matching cape along with her big hairstyle that included a crown on top. 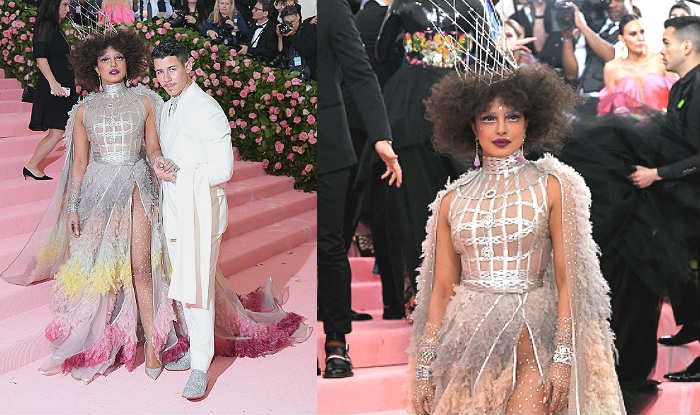 Check out some of the hilarious memes and trolls here :

Me after an auto ride pic.twitter.com/44TrSZ79Lg

Why Nick so normal? Edit him as well. 😂

This is so true.😁
.
.#PriyankaChopra #MEMES #MetGala pic.twitter.com/Qao8Z2EeHP

She did it again! @priyankachopra at #METGala pic.twitter.com/4qhjr7rITy On the other hand, Deepika Padukone too looked beautiful in a pink gown with a dark lipstick on. However, it was less experimental than the others at the Met Gala 2019 event. However, the fans here were quite happy with her decent and non-experimental look and showered heaps of praises on her ‘Disney princess’ look.

Previous articleJayadev Unadkat Who Had A Poor IPL Season Got Trolled !! Check How He Replied !!
Next articleIIT Madras Exam Question Paper Asked Students To Help Dhoni In Tonight’s Match !! Check !!