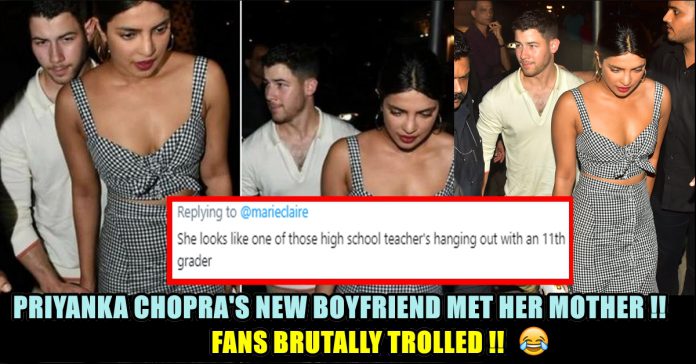 Priyanka Chopra and Nick Jonas’ rumoured romance has been making headlines for a while now. After attending the wedding of Nick’s cousin in New Jersey together, the two recently visited India, where Nick met Priyanka’s mother, Madhu Chopra, over dinner at Mumbai’s upscale restaurant.

Speaking to DNA, Priyanka’s mother opened up about her first meeting with the American singer. “We just went out for dinner where Nick was present. But it was a large group. There were 10-odd people, so I didn’t get the time to know him that well.” 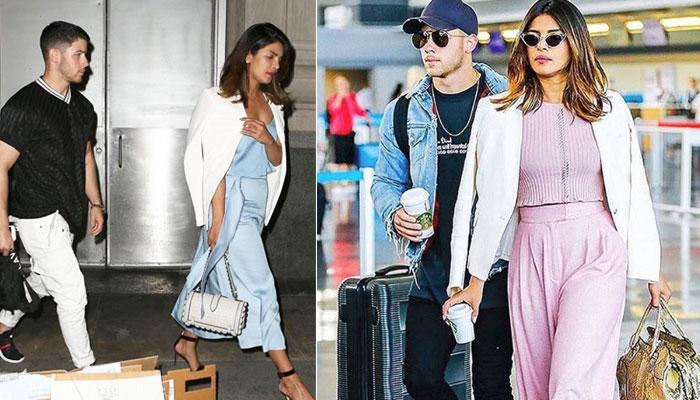 When asked about what she thought of Nick, she said, “I’ve met him for the first time, so it’s too early to form an opinion.”

Earlier, there had also been rumours that Priyanka and Nick were planning to take their relationship to the next level by moving in together. The two touched down in Mumbai on Thursday night and tried their best to avoid shutterbugs, adding fuel to the fire. 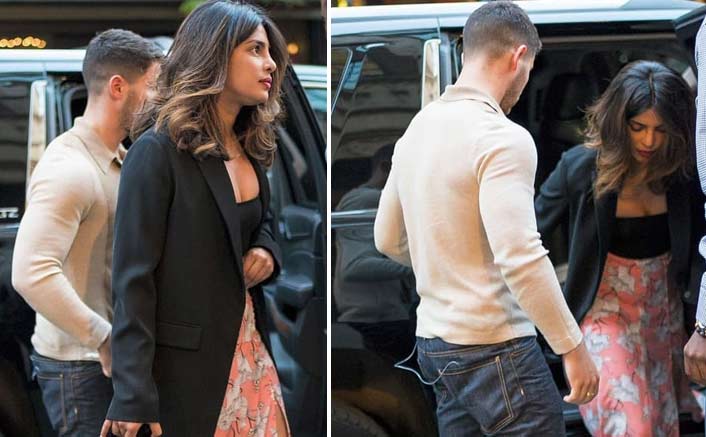 Their dating rumours, however, had already begun last month after Priyanka, 35, and Nick, 25, were snapped together while celebrating Memorial Day with friends. In one of the photos, they were cozied up together.

PeeCee stepped out for a private dinner with Nick last night amidst rains. The couple was seen walking hand-in-hand as Priyanka lead the way to the restaurant. Unlike the airport, this time the couple posed for the shutterbugs and their pictures together is a confirmation of their budding relationship. Nick apparently even met up with PeeCee’s mother Madhu Chopra and we wonder how that conversation must have been! 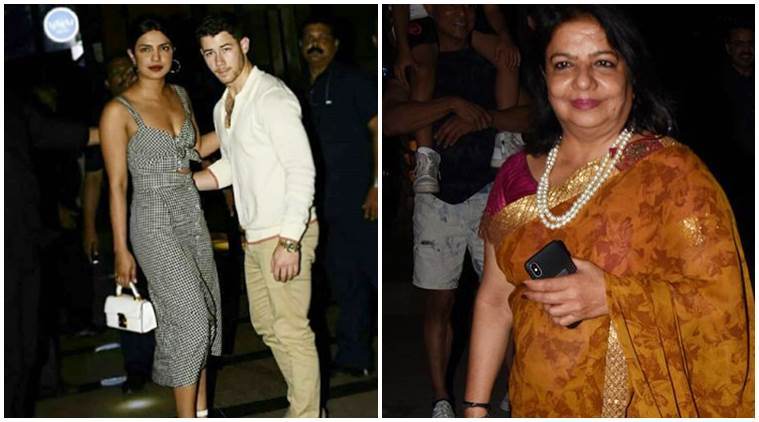 Later in the night, Nick shared a video of PeeCee in his Instagram story wherein the desi girl was enjoying the Mumbai rains while Jonas gazed at her lovestruck. We couldn’t stop ourselves from feeling awed by his gesture!

Check out the video here:

The duo first met at the Met Gala red carpet in 2017 wherein the duo wore the same designer. The rumours of their relationship sprung up recently and was all over the US media. The duo was even snapped going on lunch dates. However, the rumours grew strong when Priyanka accompanied Nick to his family function as his plus one. The couple looked too much into each other during the event.

On seeing the age difference and Priyanka’s earlier controversial statements, twitter users decided to troll the couple. Check some of them here :

Nick Jonas has so many girlfriends….Why the hell would he date random “Aunty” with mediocre acting skills unless he’s paid to do so..

The most beautiful couple of siblings..

I’m just not feeling them as a couple, sorry! He looks like her son

Because She told she need a Man only for producing a baby, so all are expecting Prinka to deliver soon. 😀😀

No one really cares whether Priyanka chopra dates a 25 yr old or 15 yr old..We are disgusted by her desperateness to be acknowledged as an “international icon” for which she goes to any length from insinuating Hindus as terrorists to dating Firangi kids..

Dating ? No physics or chemistry in the pic .

He looks more of his child rather bf

Well, what do you think on their relationship ?