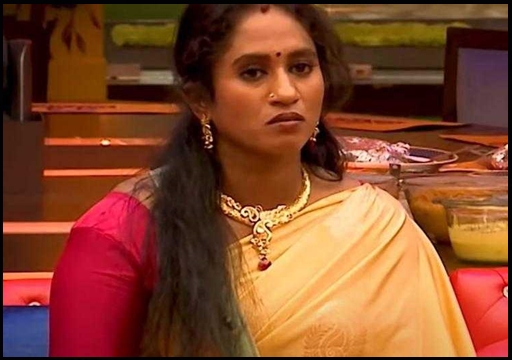 As soon as getting evicted, Thamarai Selvi of Bigg Boss fame interacted with her housemate Iykki Berry through video conference and shared about her experience while staying inside the house. During her conversation, Thamarai said that she felt extremely emotional after hearing the story of Amir’s personal life and fell sick. While talking about the series of incidents, Thamarai said that Akshara and Priyanka accompanied her to a hospital.

On seeing this statement from Thamarai, a number of viewers who are ardently following the show, got shocked and started raising questions on how the trio visited a hospital which would probably be located outside the Bigg Boss house. However, a number of other followers brushed off the speculations saying that Thamarai is mentioning the medical room which will be located inside the EVP premises as “hospital” due to her ignorance about the terms. 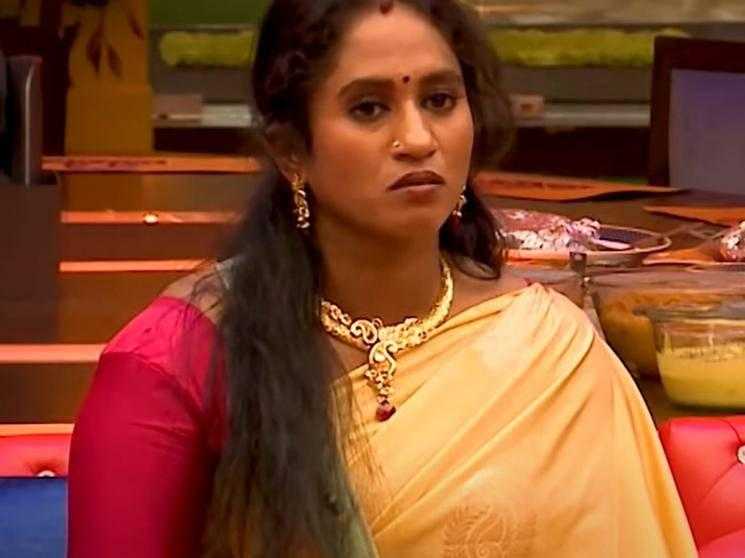 Being a drama artist by profession, Thamarai played the Bigg Boss game well and gave tough to contestants who are already familiar among the audience through their television stints. She stayed inside the house while celebrities such as Varun, Sanjeev, Imman and Abishek got evicted from the house. She grabbed the attention of the audience through the way she played some of the toughest tasks and the way she handled the personal problems she faced inside the house.

Not only audience, Thamarai also won the hearts of some of her co-contestants. Varun who is all set to make his entry in Kollywood as a mass hero, suggested his followers to cast their vote for Thamarai after his eviction. Akshara, Niroop are some of the other contestants who have strong bond with Thamarai who hails from a rural part of the state. 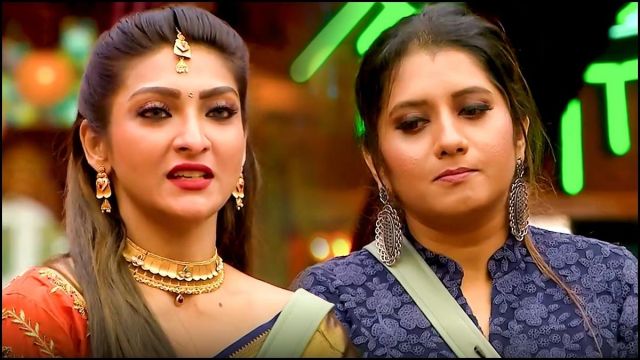 When Bigg Boss offered a sum of Rs. 12 lakh to the contestants and asked one of them to take it and walk away, Thamarai refused to take the money and opted to stay inside the house and face the finals. Unfortunately, she got evicted in the same week due to the less number of votes she received from the viewers of the show.

Now, post eviction, Thamarai interacted with her co-contestant Iykki Berry through video and shared about her experience. When Iykki Berry asked what Thamarai thinks about Amir targeting her, the latter said “I don’t think about it much. After hearing his story, I felt like I am his mother” Thamarai said.

“After hearing that he lost his mother at an early age, I felt extremely sad and fell sick. Akshara and Priyanka accompanied me to the hospital. I thought about it a lot and felt sorry for him. I see him as my son but why he behaved that way is something I don’t understand” Thamarai said in the intteraction.

#Thamarai reveals that she went to hospital with #Akshara & #Priyanka for feeling sick after listening to #Amir‘s story.
I thought they can’t go out & medical help is provided within the #biggbosstamil set in EVP? #BiggBossTamil#BiggBosstamil5

Previous articleFollower Predicted This Emerging Heroine’s “Secret Number” !! Check How She Replied
Next articleEntire Film Industry Comes In To Support Bhavna After She Accused Actor Dileep Of Molesting Her !!

It is quite fascinating that even after IPL XII has reached its last week before the knockouts no team has yet been (at least,...