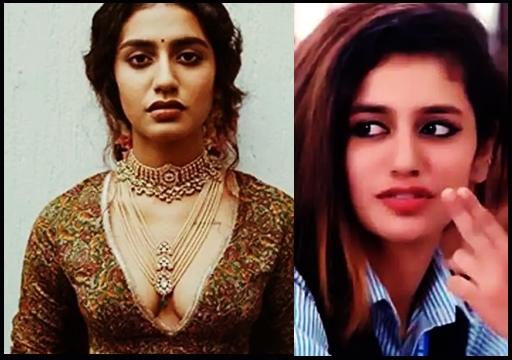 Actress Priya Prakash Varrier exposed a social media user who blamed her recent reel video and the fashion she followed in it as the reason for the rapes that are taking place in the society. Capturing the screen shot of the user’s comment, the actress posted it as her story o expose the individual to her 7 million plus followers. The 22 year old actress said that she jus wanted her other followers to know about the comment that grabbed her attention.

Currently, she is enjoying nearly 70 lakh followers in the photo posting social media account and is busy engaging them by uploading about her movie updates and daily routines. So far she has posted 715 pictures and videos in her Instgram account. On Monday, she came up with a video of herself wandering in a beach and uploaded in her Instagram timeline with a caption saying “First sunset of 2022🌅”

The post grnered 3 lakh plus “loves” and thousands of comments from her followers. Among the many who wished the actress for the new year, a follower named Susanta blamed the actress for the large number of rapes that are taking place in the country. “Yeh fashion ke Chakkar main isliye itna rape hota hai” the follower wrote in his comment which is roughly translated as “Because of this kind of fashion, so many rapes are taking place”

Sharing the screen shot of his comment, Priya wrote “Just wanted to put this out here” to let her followers teach the toxic follower a lesson.

Check out the screen shot of Priya’s story below : 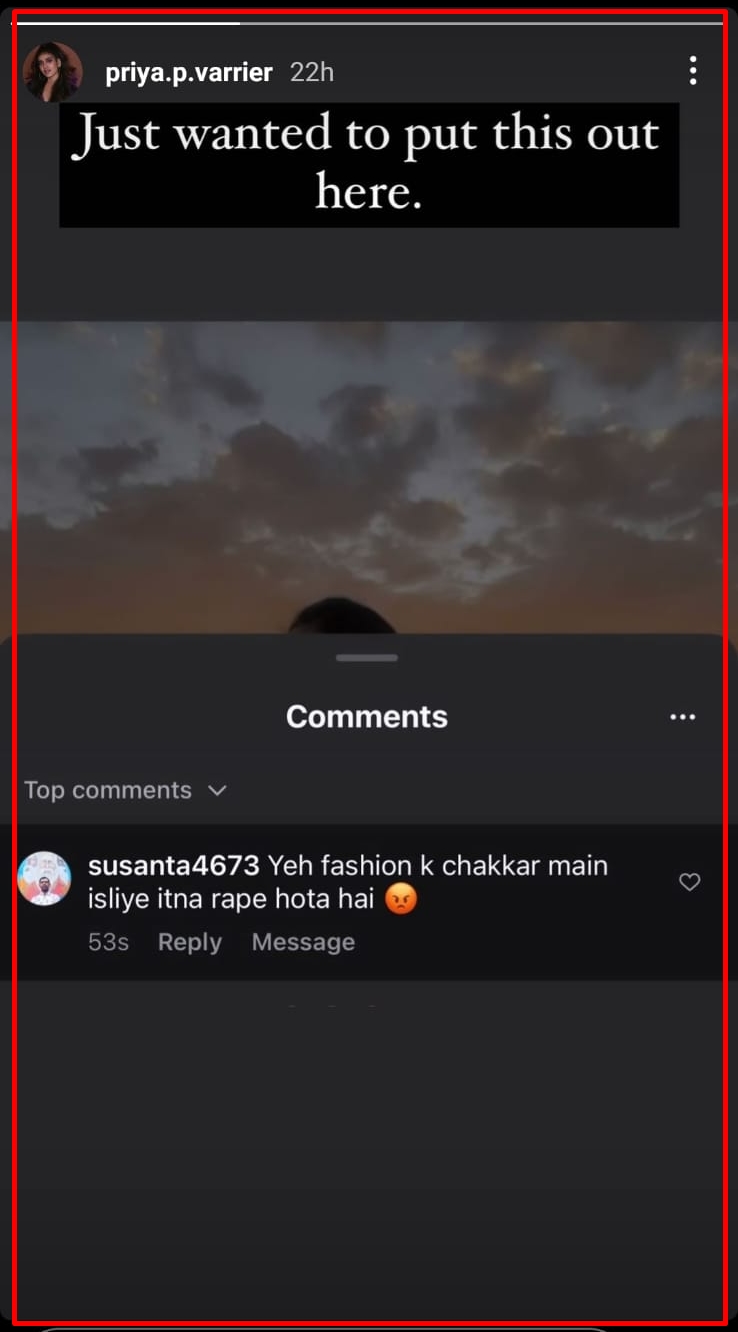 It is high time for men to realize that crimes such as rape are not taking place in the society because of the clothes women wear or the way they act in public. The only way to prevent rapes in the country is to teach men about the term “consent”. Upbringing of a male kid plays an important role on how a society is going to get progress in preventing crimes against women.

On the work front, Priya who was last seen in “Sridevi Bungalow”, is expected to be seen in films such as Vishnu Priya, Oru Nalpathukarante Irupathonnukaari etc.

“You Are The Julie Of This Season” Says Mumtaz To This Contestant On Her Face !!