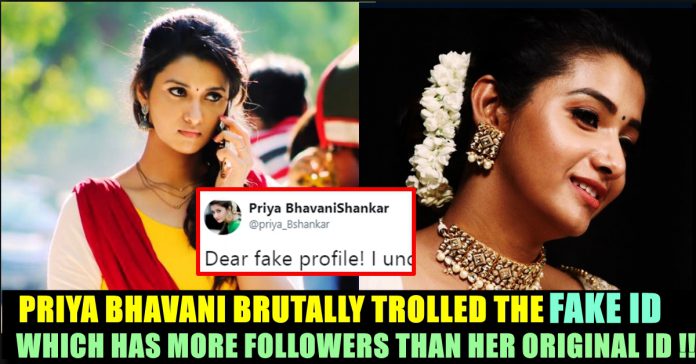 She began her career as a software engineer at Infosys, after her Bachelor’s Degree in Electronics and Instrumentation Engineering from B.S. Abdur Rahman Crescent Institute of Science and Technology. After entering the media industry she did her Master of Business Administration.

The actress who gained many fan pages in social media platform in a very short span, has a separate set of fan following for her acting and screen presence. Priya Bhavani Shankar’s Monster movie released a couple of days before in which she paired with actor/director SJ Surya.

The concept of the Nelson Venkatesh-directed Monster is interesting, featuring a convincing performance by SJ Suryah and a pesky rat. Both the hero and the villain here have equal footing. 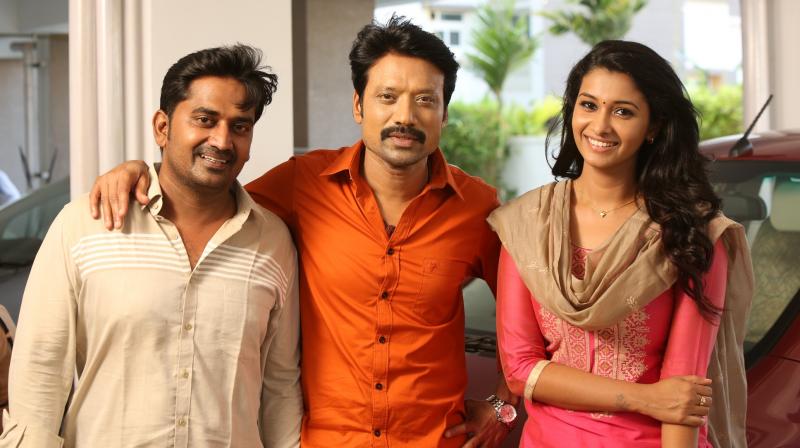 It is common for social media users to create fake profiles for celebrities and play prank with their fans. Priya Bhavani Shankar happened to come across her fake profile herself to which she reacted instantly.

On seeing a post of the fake profile Priya through her official twitter account wrote “Dear fake profile! I understand your excitement and responsibility in posting something. But pls don’t make it as your duty to embarrass me in an hourly basis. Thanks but no thanks 🙏🏼”

Dear fake profile! I understand your excitement and responsibility in posting something. But pls don’t make it as your duty to embarrass me in an hourly basis. Thanks but no thanks 🙏🏼 https://t.co/teO1K1VC6w

Check out some of the reactions for this tweet of Priya :

We know that s a fake profile, In that page Bio has been as parody only

Instead get yours verified 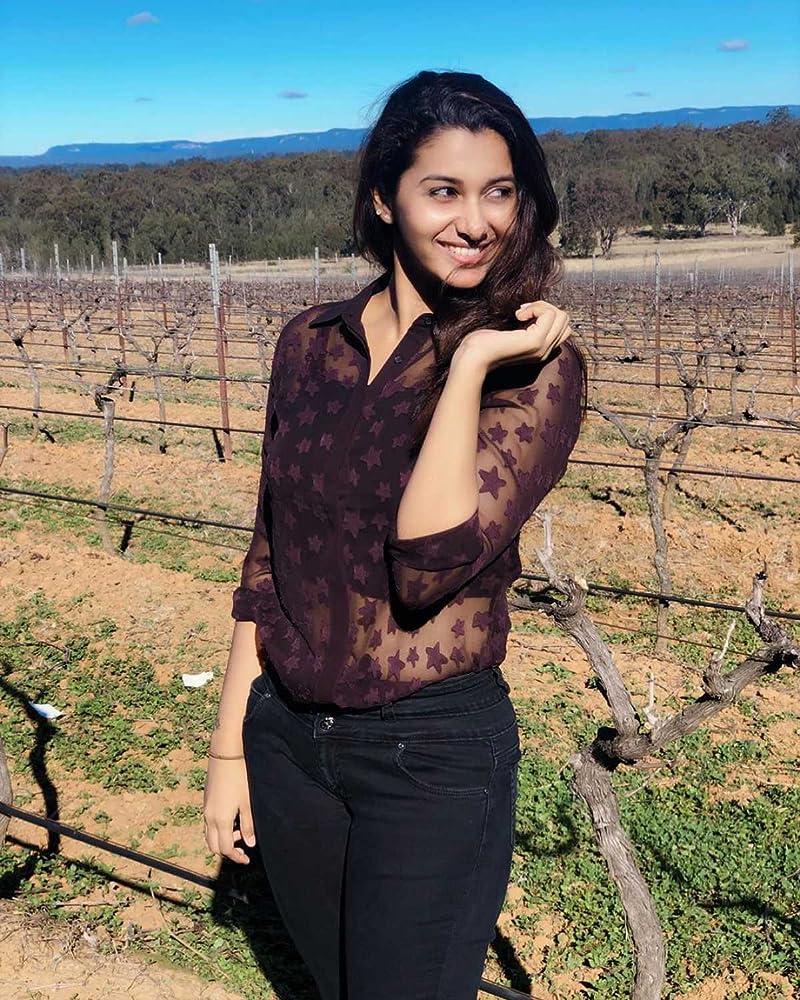 In her recent interview with The Hindu , Priya said that she wish to act with Actor Madhavan. “I’d like to work with Madhavan because I think he’s such a positive person. A director would be Gautham Menon. The women characters in his films have a brain! (laughs) He gives them a strong voice too.” she stated.

What do you think on these reactions of Priya ?? Comment your views below !!

Previous articleThese Memes On GOT Finale Are Extremely Hilarious !! You Just Can’t Miss These !!
Next articleWhat Suresh Raina Asked To Suriya In Fans Chat Session !! UNEXPECTED !!