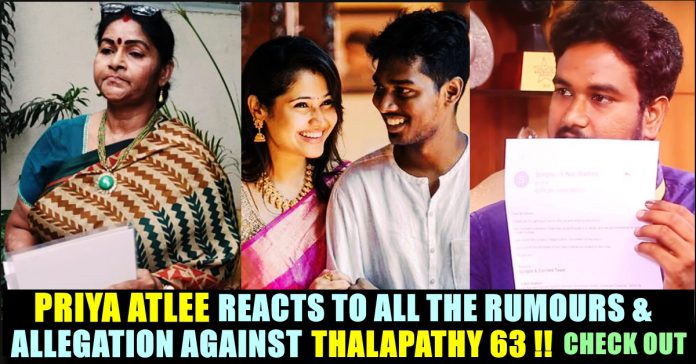 Since the first day of the shoot started, Thalapathy 63 making it to the headlines but mostly for the wrong reasons. After Sarkar, Vijay is currently busy with the shooting of his forthcoming flick Thalapathy 63 in Chennai. Directed by Atlee, the untitled film is a sports-drama based on women’s football.

When the shooting commenced, a focus light fell on electrician Selvaraj’s head and he sustained an injury. Vijay visited the hospital and gave him financial assistance. Later, KP Selvah, an aspiring director, came up with the charge that the story of Thalapathy 63 was his and he went to court alleging Atlee has plagiarised it. The matter is sub-judice now. Reports claims that the aspiring filmmaker had narrated the story to a few producers and believes someone among them might have leaked the story to Atlee Kumar, who is now making the short film into a full-fledged flick.

Once again on Thursday, the industry was abuzz with the report that there was a fire accident on the sets of Thalapathy 63 that had been erected for the next schedule and encompassing houses, shops, a bank and a church, which were all supposed to have gone in smoke. 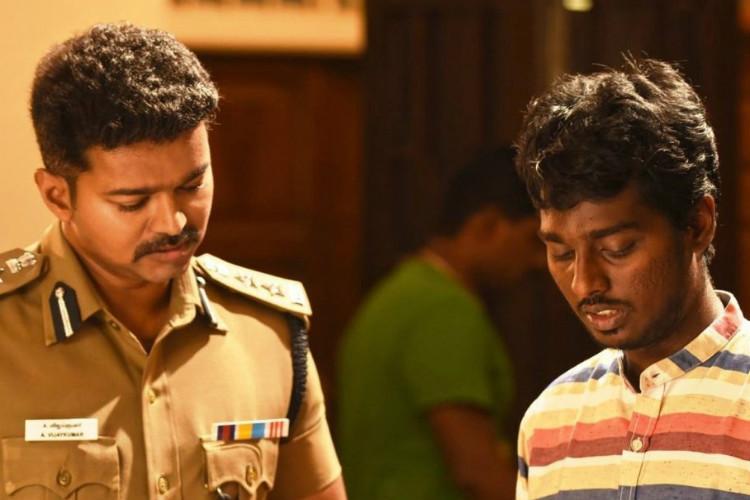 Amidst all these, a junior artist named Krishna Devi filed a case against Atlee and his assistant directors for mistreating her. She said “They got irked when I raised question against the unhygienic food for Junior artists. There are no basic facilities for Junior artists in the sets of Thalapthy63 and the makers are behaving very rude to us”.

Now in a way of denying it all, a statement made on behalf of Atlee yesterday. Atlee’s manager Jagadish took to Twitter to reveal the status of Thalapathy 63. He said that Atlee has been shooting for 70 days continuously and that the team is kickstarting the fourth schedule.

In his tweet it is said “70 days of continuous shoot, entering into the 4th schedule. And all the hard work are for the fans to celebrate in theatres. Updates & Announcements will be on right time and request fans to stay cool & avoid the rumours till then #IgnoreNegativity #Thalapathy63”

70 days of continuous shoot, entering into the 4th schedule. And all the hard work are for the fans to celebrate in theatres. Updates & Announcements will be on right time and request fans to stay cool & avoid the rumours till then #IgnoreNegativity #Thalapathy63 pic.twitter.com/wtFKqeuEy0

According to sources, Vijay will be seen as the head coach of Tamil Nadu women’s football team. He essays the role of Michael, a former football player in the film. What do you think on this statement from Atlee and co ?? Comment your views below !!

Previous articleAndre Russel Married To “Super Deluxe” Fame Gayathri ?? Here’s How The Actress Reacted !!
Next articleShahid Afridi Degraded Gautam Gambhir In A Most Unexpected Way !! You Must see How Gambhir Gave Him Back !!

WOW : Mr.IPL’s New Change For The Second Half Of The Season !! : You Sure Will Be Surprised To See Him In The...

Suresh Raina is doing his best in CSK team; despite being in the middle order, he is in pretty good form. Being the highest...