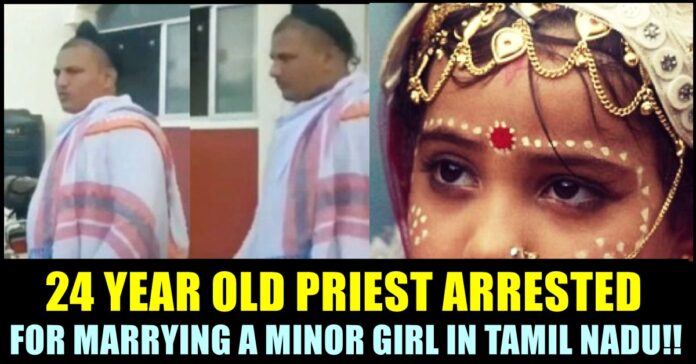 On Thursday, the Cuddalore all women Police arrested a 23 year old Dhikshithar (a priest) on charges of marrying a minor girl. Along with the man, his father and the father of the victim also got arrested for performing a child marriage. The incident happened nearly one tear ago, according to reports.

Pasupathy has been booked by Police officials under the section 9 (punishment for male adult marrying a girl child) and the two others under section 10 (punishment for solemnizing a child marriage) of the Prohibition of Child marriage act, 2006. The officials produced the accused before a magistrate who remanded them on a judicial custody.

A couple of weeks ago, Police arrested a 46 year old man trying to marry a 14 year old minor at Yelahanka, Bangalore. The man and the parents of the child got arrested by the officials after the incident came to their attention. The accused had been identified as Guruprasad, landlord of Chikkabettahalli. 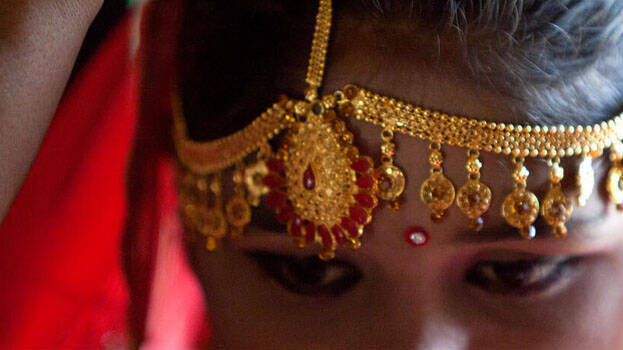 It was reported that Guruprasad lured the parents of the child who are daily wagers by showing them money. He convinced the parents to sell their daughter for Rs. 15,000. The incident came to light after the girl broke down in front of a PG facility owner where she went to work with her aunt. The parents told the Police that they have three daughters and poverty forced them to marry off their 14 year old daughter to a 46 year old man.

The girl, a school dropout, has been sent to the custody of Child Welfare Committee and is presently kept in a government shelter for women in Wilson Garden of Bengaluru. The police have also launched a hunt for the priest who conducted the illegal marriage.