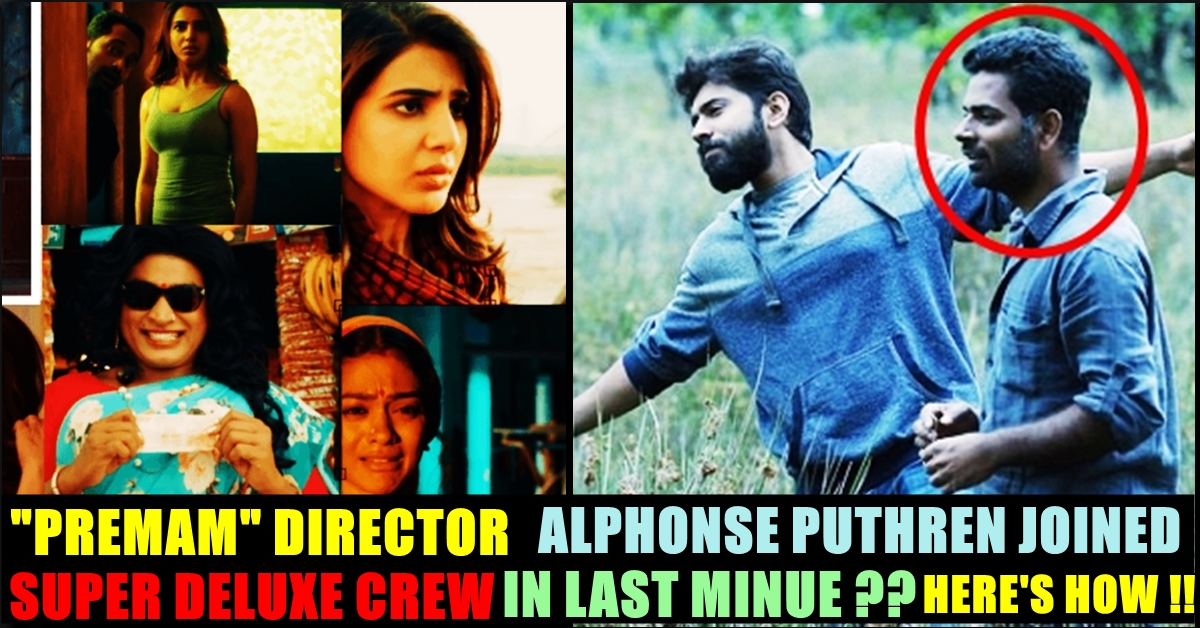 Super Deluxe is one of the most exciting films that we are looking forward to. Vijay Sethupathi plays the role of a transgender, Fahaad Faasil and Samantha Akkineni will be romancing each other and Ramya Krishnan will be playing a sex worker in the movie. The trailer of Super Deluxe not only confused fans but it also kept the intrigue alive. Now through the new promo video song Ding Dong, Premam fame Alphonse Puthren has made his come back to Tamil cinema by editing the promo cut. 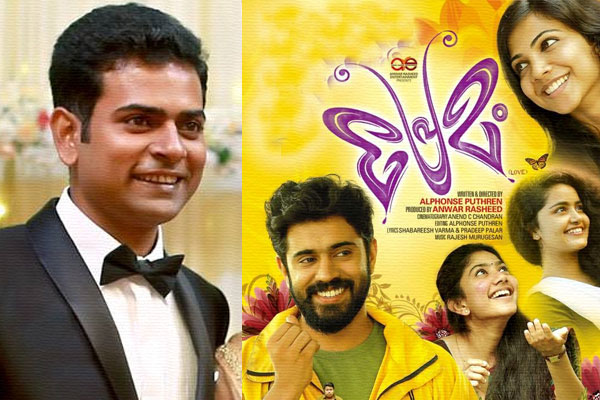 A promo of a song from the film, Ding Dong, was just released and it is just as interesting as the trailer was. The promo of the song is made up of certain dialogues in the film and it makes you want to play it on repeat. 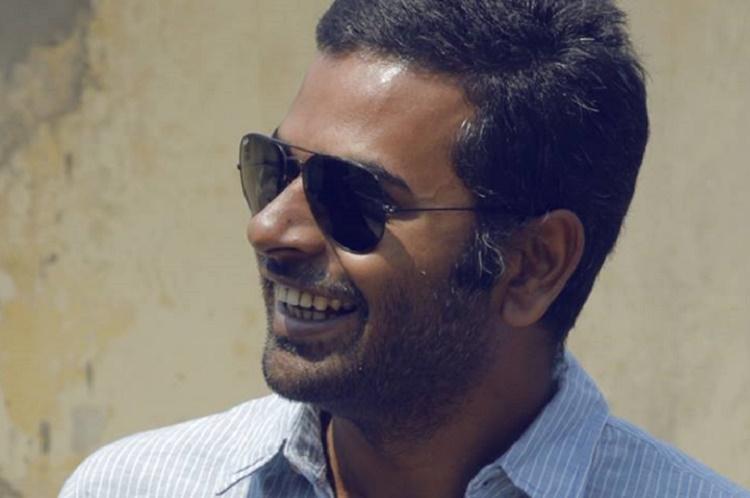 The most exciting detail about the Ding Dong promo is that it is edited by popular filmmaker Alphonse Puthren who won millions of fans hearts through his single movie “Premam”. Alphonse debuted to Tamil cinema through the film “Neram” which was edited by himself. After graduating, Alphonse started making short films and music videos. Arkan and Sutrum Vizhi were his earliest works, completed in college. In 2008, he made the short film Cling Cling. His next work was Neram, a short film which featured Vijay Sethupathi playing a pivotal character. Alphonse later made the music video Flavours, the video of which was shot using stop motion technique. His next short film was The Angel, employing actors Vijay Sethupathi and Bobby Simha in lead roles. 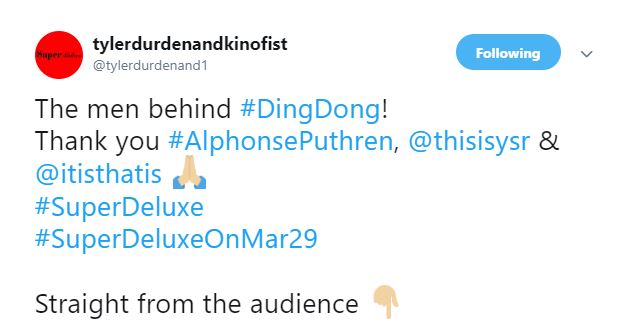 The film has been written and directed by Thiagarajan Kumararaja. Ramya had recently revealed that she was made to take 37 retakes for one particular scene and told a daily, “More than me, my assistants were the ones who were shocked. Some roles are for money, some for popularity and name, some for passion. This was passion.” The actress also revealed that this was one of the most challenging roles of her career yet. Speaking about her role, the director told the daily, “Ramya Krishnan was an odd person to play the role of the porn star in the film within the film, Mallu Uncut. We had initially approached Nadiya for the role, Ramya was very cool, and she probably felt that she was pushing herself out of her comfort zone.”

More than anything else, we are more excited to watch Vijay Sethupathi in the film. This is yet another promising and intriguing promo from the film that you wouldn’t want to miss. Super Deluxe will release on March 29, 2019. Stay tuned with us for more updates here.

Vishnu Vishal Opens On Ashwin’s “Mankad” Controversy !! Here’s What He Has To say !!
Russel Arnold Tried To Troll RJ Balaji For His Commentary !! Check How Balaji Trolled Back !!