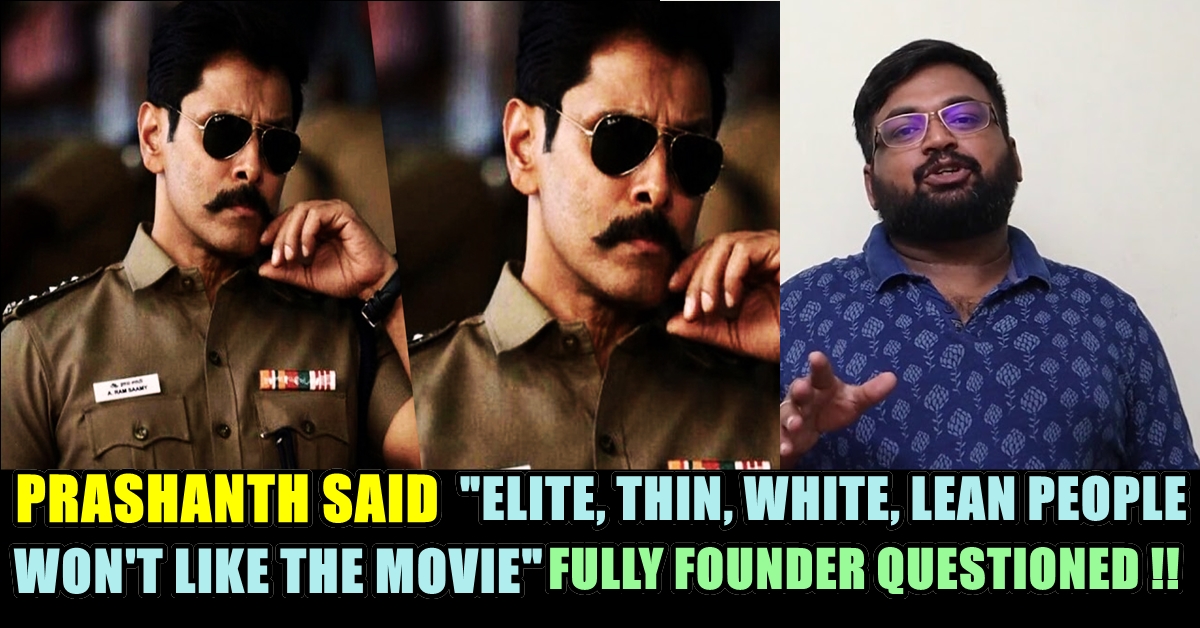 Director Hari is one of the few filmmakers who strongly cemented the stature of Suriya and Vikram as bankable box-office stars through his blockbuster projects such as Saamy and the Singam series. Saamy Square , where Hari teams up with Chiyaan Vikram for the third time after 14 years, released yesterday.

Director Hari and Vikram on set of Saamy Square. Image via Twitter

“When we were shooting Saamy itself, I had planned to make a sequel and had a storyline too. But I felt the performance-oriented factors needed for an artist like Vikram was missing. It took a while for me to do the script and meanwhile, Vikram and I got busy with other projects. Finally, things began to fall in place, and here we have arrived,” tells Hari, who has set the story of Saamy Square nearly fourteen years after the prequel. 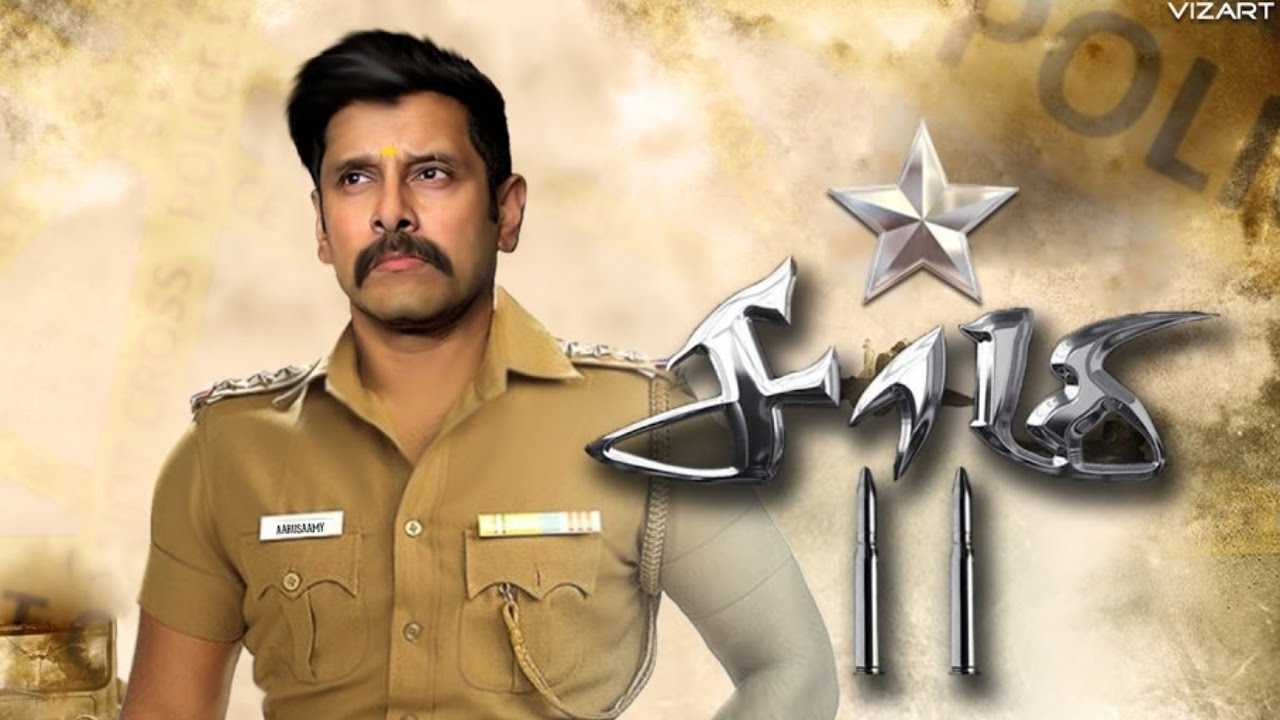 Hari has collaborated with Vikram thrice and Suriya five times. Talking about working with them, Hari said, “Both Vikram and Suriya are self-made actors. The fame and respect they garnered are the results of nothing but years of hard work. Even after they carved out a niche for themselves, they don’t take their successes to their head. Once Vikram arrives at the sets, he will lit (sic) the place with his buoyancy. I wonder how the hard work, time and effort he invested while doing Saamy has not ebbed away even after a decade.”

Hari says he will always be very keen on signing a strong antagonist for his movies. “In my opinion, a hero’s strength in a film is the antagonist. Even if you cast a big hero, an inept villain will make the whole movie ineffective. Also, a villain and his strategies should be realistic. I have done all my films having this in mind. Kota Srinivasa Rao’s intensity in Saamy can never be forgotten, and he has a role in Saamy Square too. Also, it’s a sentiment to have him on board.”

As for every Tamil movie, every Tamil movie youtube reviewers expressed their opinions. Prashanth one of the prominent reviewers of the town also expressed his review through his youtube channel. He said that the first half of the movie was well but the second half literally disappointed him especially Soori’s comedy and Keerthi Suresh’s romance. 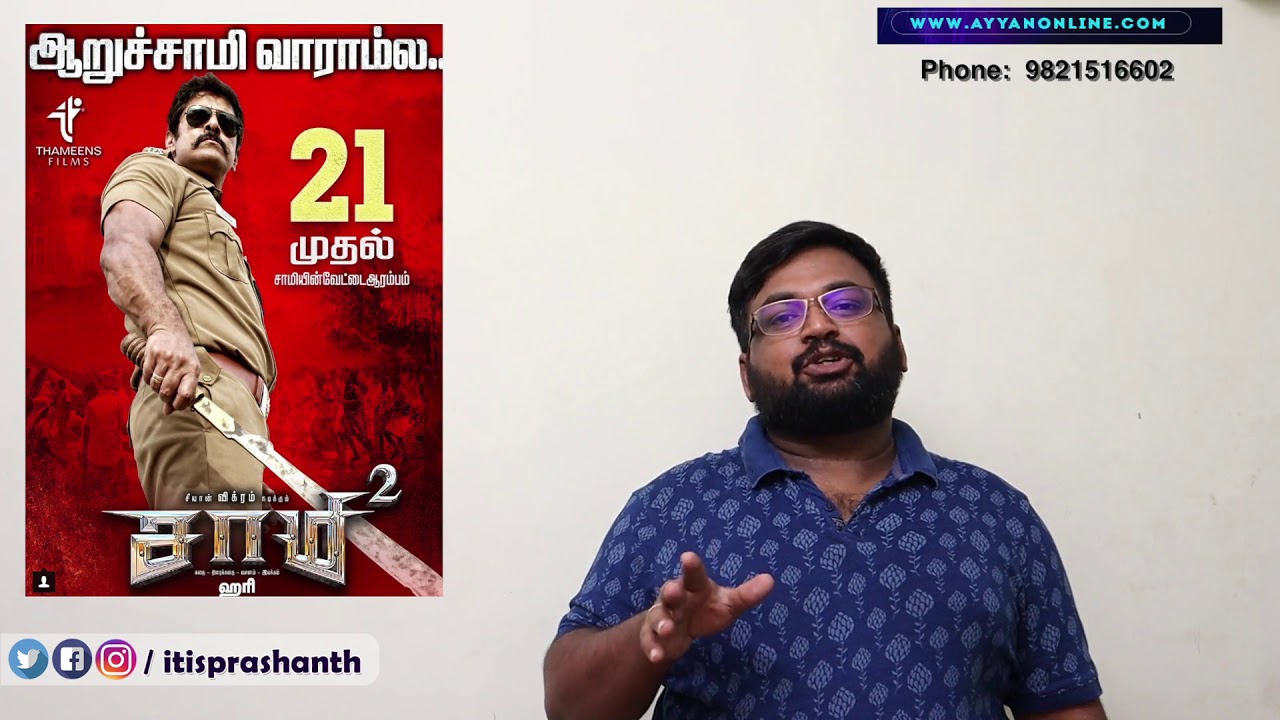 At one point in his review he said “People who are elite, educated, white and lean doesn’t liked the movie, people from rural part of the state might like the film” he finished his review.

On seeing this a twitter user and Co-Founder of Fully Filmy movie merchandise Raunaq Mangottil questioned Prashanth. He asked “.@itisprashanth na: Oru kelvi after watching your #SaamySquare review..you said ‘elite, white people, thin people didn’t like it’. What does that mean?”

.@itisprashanth na: Oru kelvi after watching your #SaamySquare review..you said ‘elite, white people, thin people didn’t like it’. What does that mean?

In a way of replying his tweet Prashanth apologized to Raunaq by writing “Apologies nanba. It was in a lighter note. Doesn’t meant to hurt anyone.”

Apologies nanba. It was in a lighter note. Doesn’t meant to hurt anyone. https://t.co/VqVEN757tl

The conversation does not end there. Raunaq replied “Hurt patthi illa na….but in Ur position I think u shouldn’t categorise audience no..movies we r categorising..why r we typecasting people”

Prashanth realized his fault and agreed with Raunaq by replying “I agree nanba. I should not do that.”

I agree nanba. I should not do that. https://t.co/v9e5l5IWAL

What do you think on this conversation between fellow youtubers ??