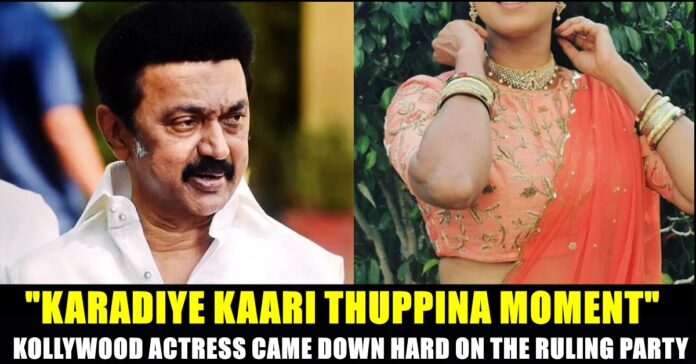 Sharing a tweet of an advocate named Rajashekaran who said that there was no electricity in his house for the past week, Kollywood actress Kasthuri referred a famous Vadivelu comedy dialogue and trolled the ruling party by adding the hashtag “Powercut DMK”. The actress has been uploading tweets regarding the same in recent times through her official Twitter handle.

Residents from the various part of the state has been complaining about the interruption in the power supply ever since party DMK voted to the power. Electricity minister Senthil Balaji blame of a sudden drop in power supply from the central grid for the unscheduled outage in many parts of the state. The minister tweeted that about 750 megawatt of power from the central grid to southern states dropped abruptly.

However, complaints about the interruption in power supply across the state are being made in constant manner in the internet platforms. On Wednesday, a twitter user who identifies himself as an advocate came up with a tweet in his Twitter handle, saying that he has been defending the ruling party but he himself faced power loss for the past whole week. 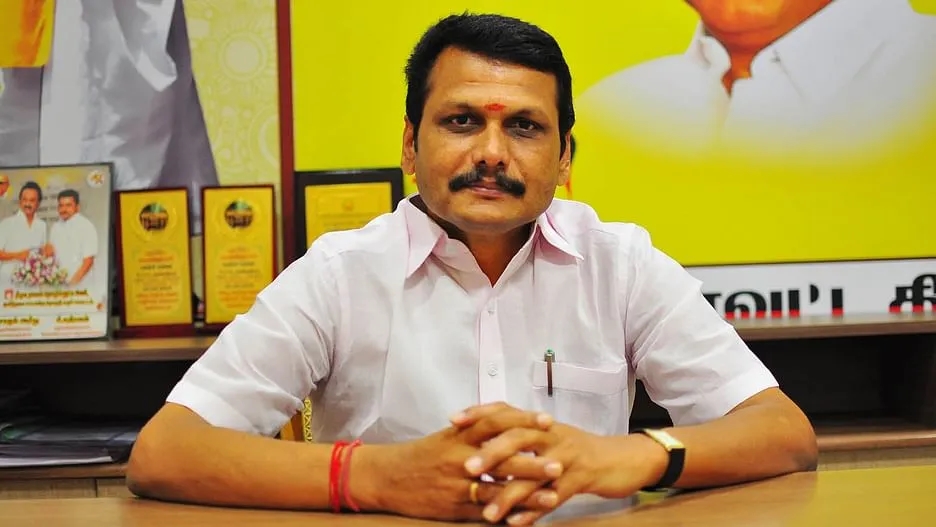 “@CMOTamilnadu Mr @mkstalin, @V_Senthilbalaji @sechennaicentrl I had been vociferously batting & defending this @arivalayam Govt in TV Channels & Social Media that there is No Power Cut but unfortunately Recently last whole week & now No Electricity in my area. @chennaipolice_ FYI” he said in his tweet.

@CMOTamilnadu Mr @mkstalin, @V_Senthilbalaji @sechennaicentrl I had been vociferously batting & defending this @arivalayam Govt in TV Channels & Social Media that there is No Power Cut but unfortunately Recently last whole week & now No Electricity in my area. @chennaipolice_ FYI pic.twitter.com/vvji6ROQ7w

Quote tweeting the same, actress Kasthuri Shankar referred to a famous Vadivelu dialogue and wrote “Karadiye kaari thuppina moment. Lol. #powercut_DMK”, denoting that a supporter of a ruling party himself condemned it.

Check out the earlier tweet Kasthuri posted in the past condemning the ruling party’s performance in supplying power :