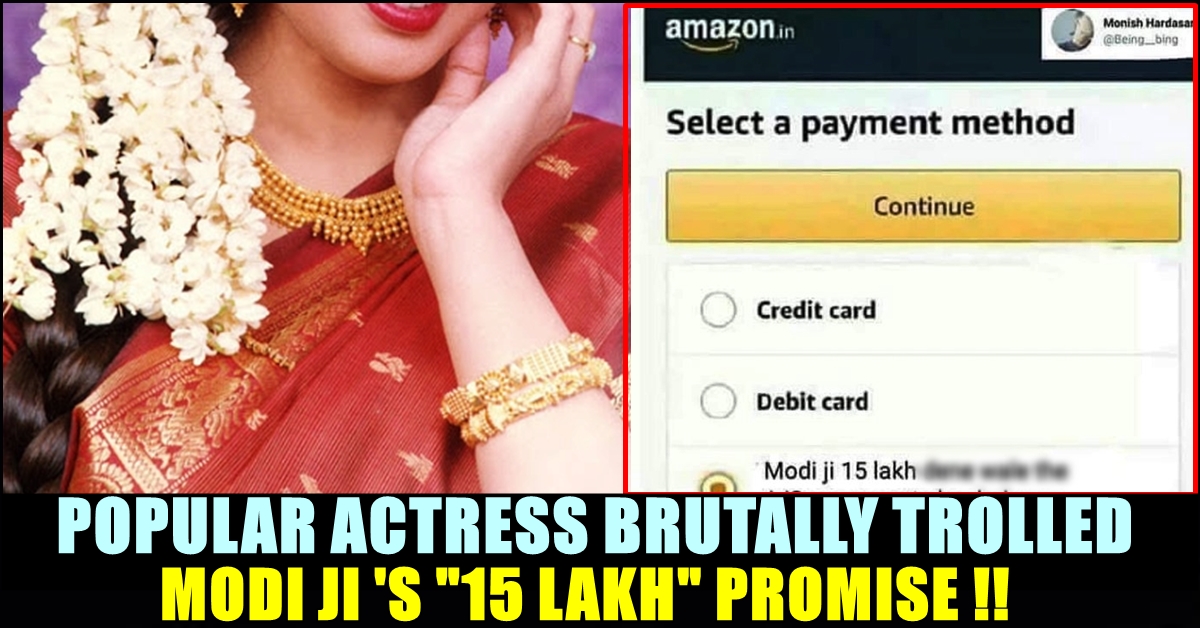 In 2014, Mr Modi, while campaigning for the Lok Sabha election, promised to bring back black money from abroad to India and deposit ₹ 15 lakh from it to every citizen’s bank account. “The whole world says that all the crooks in India deposit their money in banks abroad. Black money is hoarded in banks abroad. My brothers and sisters of Kanker, tell me, this stolen money should come back or not? This black money should come back or not? Shall we take back every penny hoarded by these crooks? Doesn’t the public have a right over this money? Should this money not be utilised for the benefit of the public?” said Prime minister Narendra Modi at that time.

“If even once, the money hoarded by these crooks in banks abroad, even if we bring only that back, every poor Indian would get free of cost Rs 15 to Rs 20 lakhs, just like that. There’s so much money.” he added.

These statements from the Prime minister is still being used against him by public people and by his opposition parties. Now, actress Nagma who is known among Tamil people for acting in films such as Rajinikanth’s “Baashha”, Prabhudeva’s “Kaadhalan” has tweeted a post to troll the promise of the current prime minister.

The actress who belongs to the Congress party now, shared the tweet in which we could see Amazon website showing an option to pay money from the 15 lakh which is going to be provided by Modi, along with Credit card and Debit card. “Modi ji is going to give 15 lakh, that will come” the third option read.

This tweet from the North Indian actress garnered positive response from the people of Tamil nadu. Actress Kajal Pasupathi who is known for participating in Bigg Boss show and many other Tamil nadu based social media users reacted to the tweet.

You are Anti Indian 😂😂

BJP’s president Amit Shah, in an interview that took place in 2015 said that it is a gimmick. “15 lakh will not be credited in anyone’s account. “The opposition knows it, you know it, even the country know it. The idea os to bring back the black money and utilise it for the betterment of the people. Schemes will be made for the economically backward people. No one will ever get cash and they all know it. This is a way of delivering speech. a metaphor. Whatever black money comes back, will be used for formulating schemes for the poor, and this is want Modi wanted to say” Shah said in that interview.

“Three DMK Stooges IN BIGG BOSS 4” – Says This Popular Personality !!
Woman Forced To Give Up Cycling Due To Existence Of Men !! A Thread