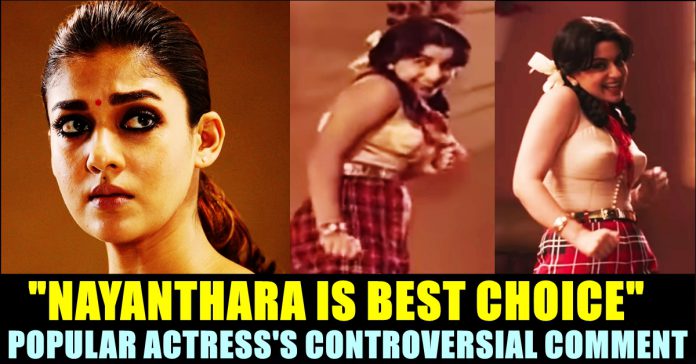 As soon as the teaser and First look of “Thalaivi” released, entire Internet came up with opinions about which actress should have done the role of Kangana Ranaut as they did not impress the fans in big time.

It looked more like an animation character and many of the twitter users who saw the teaser neither felt Kangana nor Jayalalitha in the teaser. They started making fun of both teaser and first look as it does not compete with the reality as far as the looks of the lead is concerned. Fans Highly Disappointed With This New Teaser Of “Thalaivi” !!

Many of the Tamil based twitter users roasted the first look for its amatuerness. Actress and Bigg Boss contestant Kasthuri who is known for her controversial statements, also expressed her opinion on the teaser. She even trolled the look by saying that it doesn’t even looks like Deepa. In her reply tweet to one of a twitter user, Kasthuri wrote “Doesn’t look like Kangana. Most Certainly doesn’t look like Jayalalitha. Doesn’t even look like j deepa. Sneha anushka or ramyakrishnan would have been the better choices… Or nayanthara.”

Sneha anushka or ramyakrishnan would have been the better choices… Or nayanthara.

Going by the report of India Today Director Vijay, in an earlier interview to a daily, said, “This is a pan-Indian film, and Kangana is apt for the role. She is one of the biggest stars in India today and I think it is right that a top star plays the role of an important politician. We consider this a pan-Indian film, not a regional one. There was a lot of discussions before the decision was made to cast Kangana; we met several people as well.”

Directed by A.L Vijay, Thalaivi is slated to hit screens on June 26, 2020. The film also stars actor Arvind Swamy in the role of M.G. Ramachandran. What do you think on this opinion of Kasthuri ?? Comment your views below !!

Oscar winning sound designer Rasul Pookutty who is known for working predominantly in Tamil film industry, through one of his tweets, termed the recently...