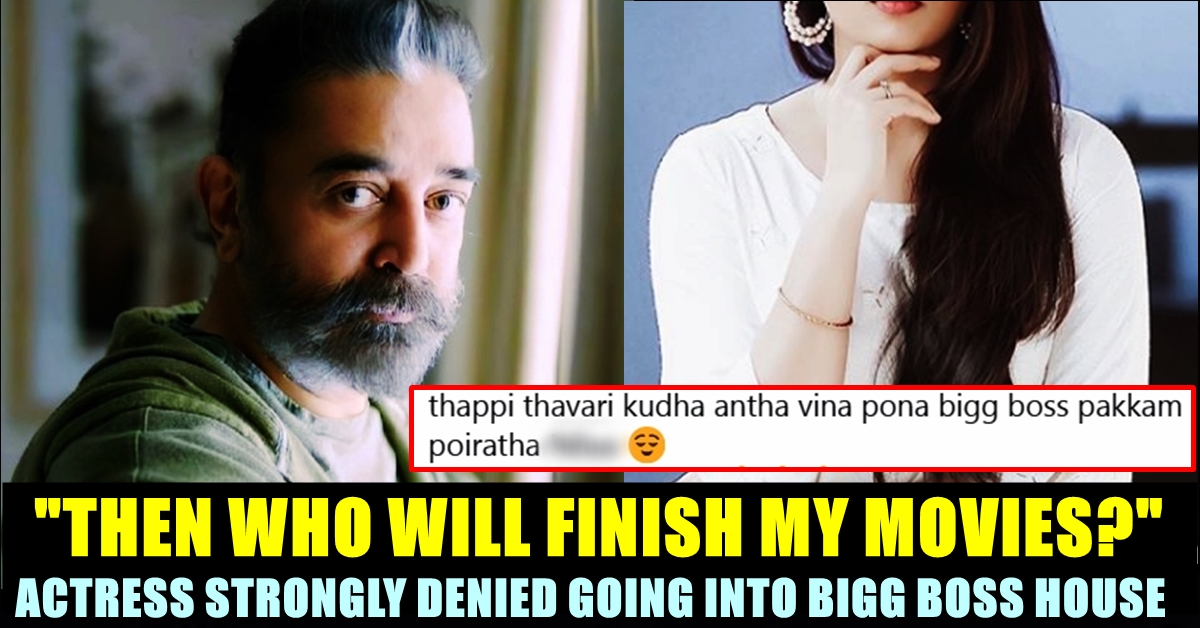 Promo shoot of the most awaited reality game show is all set to take place in the EVP studio located in Poonamalle. The look of actor Kamal Haasan for the fourth season revealed today and the “Ulaganayagan” actor stunned the Internet with his salt and pepper hairdo and thick beard with handlebar mustache look.

Bigg Boss is a reality game show hosted by Ulaganayagan Kamal Haasan. The show will have 14 plus celebrity contestants locked into a house with weekly elimination based on audience’s vote. The one who survives till the 100th day with highest number of votes will be announced as the winner. So far, aspiring model and actor Aarav, “Madras” fame Riythvika and Malaysia based singer Mugen won the titles.

Now, as the fourth season is approaching, speculations among audience regarding the participants is doing rounds in social media platforms. Ramya Pandiyan, Anchor Manimegalai, Model Sanam shetty are the top names that are being considered to be participated in the Bigg Boss.

Meanwhile actress Sunainaa who is known for acting in films like “Maasilamani”, “Kaadhalil Vizhunthen” also rumoured as an upcoming participant. Sunaina who was last seen in “Sillu Karuppatti” is expected to be seen in “Eriyum Kannadi”, Trip” etc.

On knowing about the news being circulated about her participation in Bigg Boss show, Sunaina came up with a tweet completely denying it. The actress said that he is having a lot of films to do and couldn’t participate in the show. “I wonder who is going to finish my films if I go be a part of a reality show. 🙂 Never wanted to be a part of any reality show. Thank you.” Sunaina said in her tweet.

Never ever!. Appreciate your stand in this. You’re a gem of thamizh cinema and still your acting potential is not used to the fullest. Wish you good Luck with all your future projects

The show is expected to kickstart from mid September or early October without live audience. Every year Bigg Boss gained stardom to many aspiring actors and actress and it also gained the hatred of audience to some celebrities based on their behaviour inside the house.

As in previous seasons, Smoking room is expected to be placed and the Jail set up which was created last year is expected to take place inside the house. Comment your views on the arrival of Bigg Boss season 4 !!

Vijay Getting Slammed By Netizens For This Old Film Of Him !!
Man Ordered Rs 1400 Worth Power Bank & Received A Brand New Cell Phone Worth Rs.8,000 !! Check How Amazon Replied