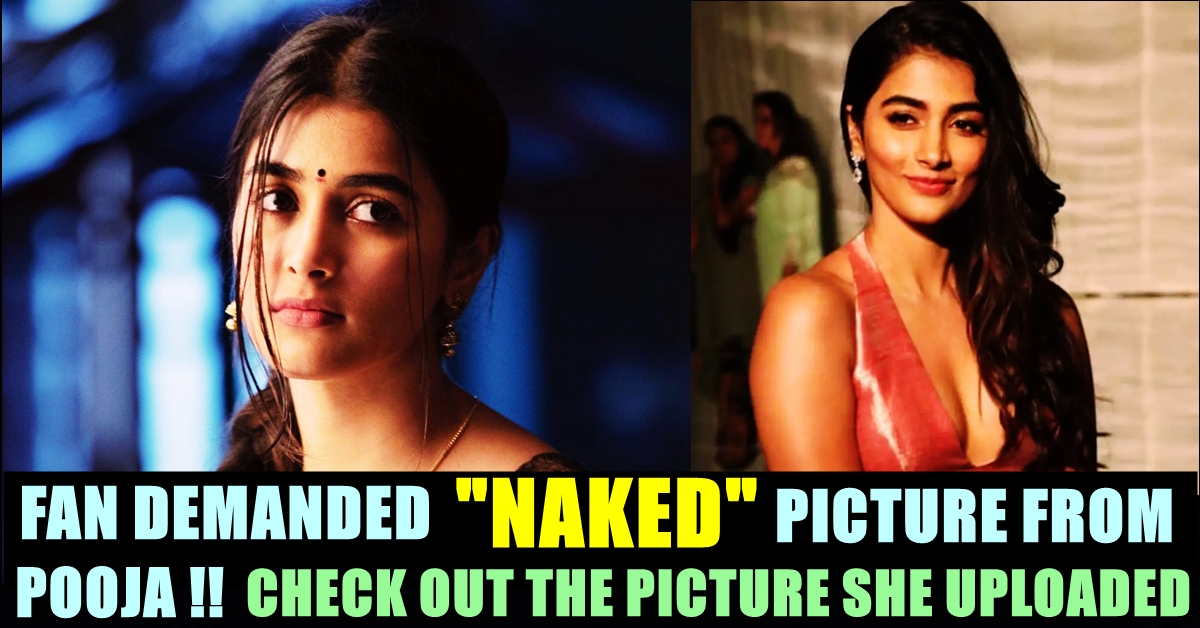 Actress Pooja Hegde who is known among Tamil audience for acting in Mysskin’s “Mugamoodui”, is pretty much busy acting in the films that are being made in Telugu film industry. She who is enjoying a huge number of followers in social media platforms, recently conducted a “interaction through pictures” session in Instagram. The interaction demands the actress to upload pictures requested by her followers and fans. Pooja responded to many of her followers and uploaded pictures they demanded.

Meanwhile, a perverted Instagram user demanded the actress to upload her “naked” picture and the reply she provided is going viral in social media platforms and the user who asked for it should have fainted in shock. After replying to the user, the actress continued replying her other followers like nothing happened but the screenshot of her story is doing rounds among her fans in social media platforms.

As said, Pooja Hegde who acted in Mysskin’s “Mugamoodi” is now very much busy acting in Telugu film industry. Her “Butta Bomma” song with Allu Arjun became a massive hit country wide. Having handful of Telugu films, Pooja Hegde is also expected to act with Suriya in his upcoming film “Aruva” with director Hari.

She who is currently enjoying 1 crore plus followers, uploaded her no make-up picture for her followers.

She also uploaded her weird picture, a picture in traditional attire, awkward picture, picture in front of mirror, picture from her college days, a picture of her while sleeping and many others for her followers. Check out them below :

On seeing her responding to many of her followers in a humble manner, a perverted user asked the actress to upload her “naked” picture. Without losing her nerves or batting an eye, the actress simply uploaded a picture of her feet.

With this smart solution, the actress wrote, “nange pao” (bare feet) as her caption.

The way she handled the pervert managed to grab headlines and fans are sharing it in social media platforms as well. The actress ended the session by writing “That was fun ! Thank you for all those responses. Tried to as many as I can, really searched through my photo book for this one ! muahhh”

In Bollywood, Pooja is committed in two big projects including a film with Salman Khan. She is also rumoured to pair with actor Vijay in his next film which is tentatively titled as “Thalapathy 65”.

Sachin’s Tweet On The Ongoing Agitation Added Fuel To The Fire !!
“Dhoni, The Only Not Out Batsman At The Crease” – Fans