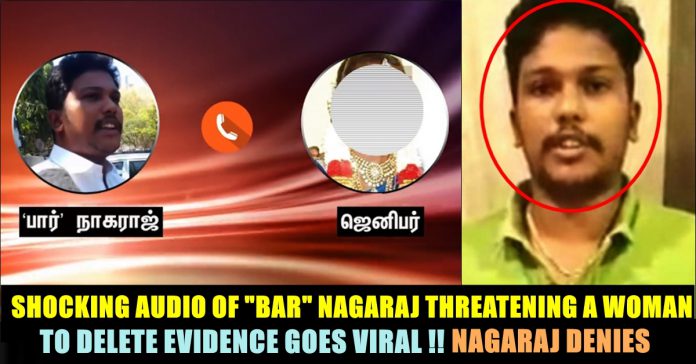 The horrific sex abuse case which has rocked the state came to light in February, after one of the women filed a police complaint. Some accounts suggested, the number of rape victims in this case could be as high as 200 persons.

“Bar” Nagaraj is one of the accused who arrested for involving in a fight with the victim’s brother. The youth wing member from Pollachi has been expelled from the party after it came to light that he was allegedly involved in multiple cases of sexual harassment and for threatening the brother of the victim at that time. 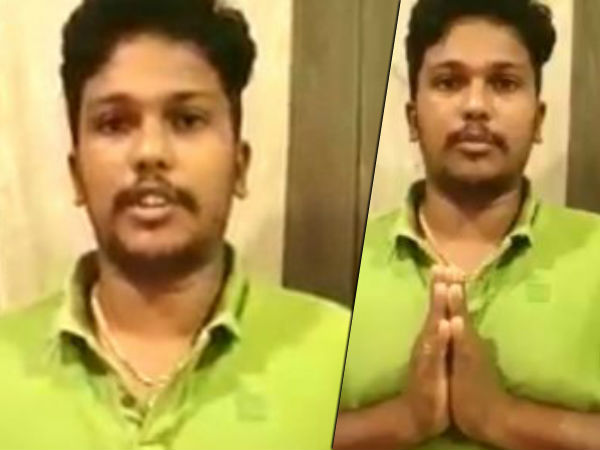 Now as per the audio released by Nakheeran , “Bar” Nagaraj has threatened a woman to delete an evidence against him. The audio has been going viral on social media in which supposedly Bar Nagaraj is said to be threatening Jeni, the wife of Julian Rayar to withdraw the complaint filed against Gokila of Anaimalai and her husband Sampath. Bar Nagaraj refuted the allegations in his complaint at the DSP office saying he was not the one in the audi clip.The audio suggests “Bar” Nagaraj giving life threat to the woman to delete the video and vopus a crime case.

After filing the complaint, Bar Nagaraj addressed the media reiterating, “I am in no way connected to this audio. Gokila has filed a complaint with the Pollachi police station against Vijay and Julian Rayar who are mentioned in the audio,” he added. He also mentioned that a journalist from Nakkeran had spoken to him and thereafter the audio was released. “Hence, the police should investigate them,” he added.

The Pollachi rape case created massive outrage across the state since journalist Nakheeran Gopal released the video of a victim screaming to leave her alone while being sexually harassed by the criminals. Apart from public people and political parties, celebrities also started to raise voice against the criminals through which they are requesting punishment for the culprits at the earliest.

The interaction between emerging actors across the country for Film companion is making headlines since it got surfaced in the youtube channel of the...