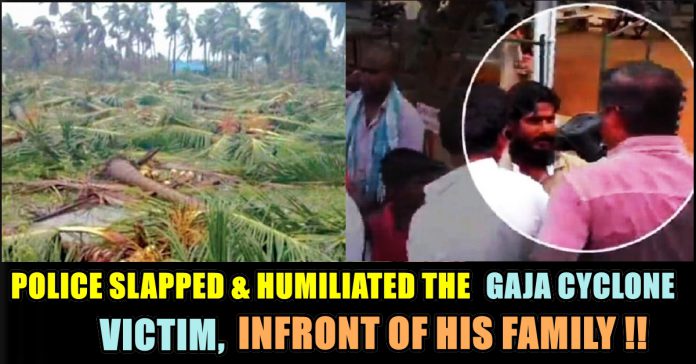 Following the cyclone Gaja in Tamil Nadu, a family that had gone to collector’s office was humiliated and physically assaulted them. The family had gone there to seek the help of the government to rebuild their house. 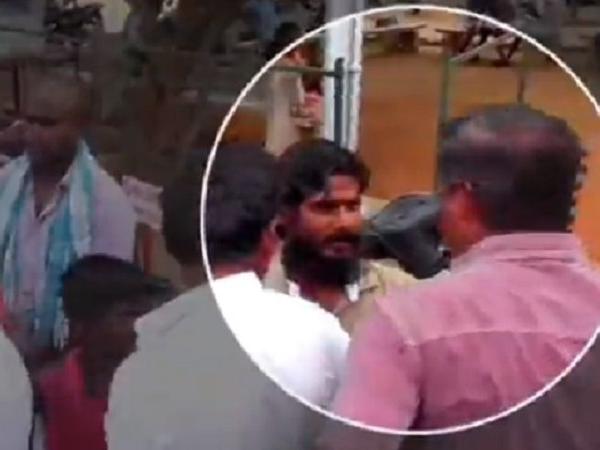 As per reports, the family members were ready to immolate themselves with kerosene. While they were seeking remedy, the cops blocked them as they attempted to stage a protest. The cops further snatched the kerosene and slapped the man who was holding it.

Here is a video of the incident:

A woman who went to the collector’s office with her grievance was also denied any help. Later addressing the media, she expressed her plight after her husband passed away due to the cyclone after a tree fell on their house. 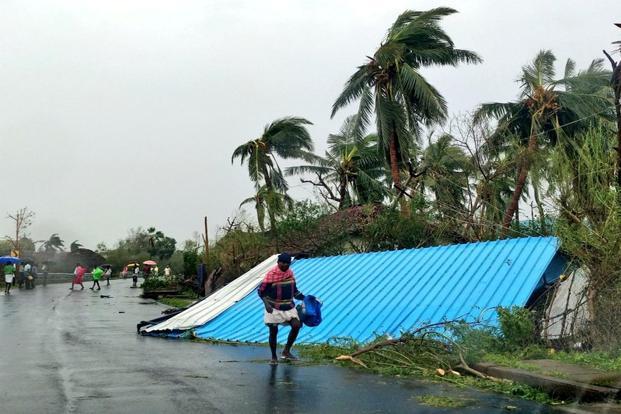 “A tree fell on our house. So my husband went to check outside. But a branch fell on him as well. I called 108. They said they were coming. They said the road is blocked due to a fallen tree, so they couldn’t come. The government should do something looking at my son’s plight and my plight. Otherwise, you can kill us too. 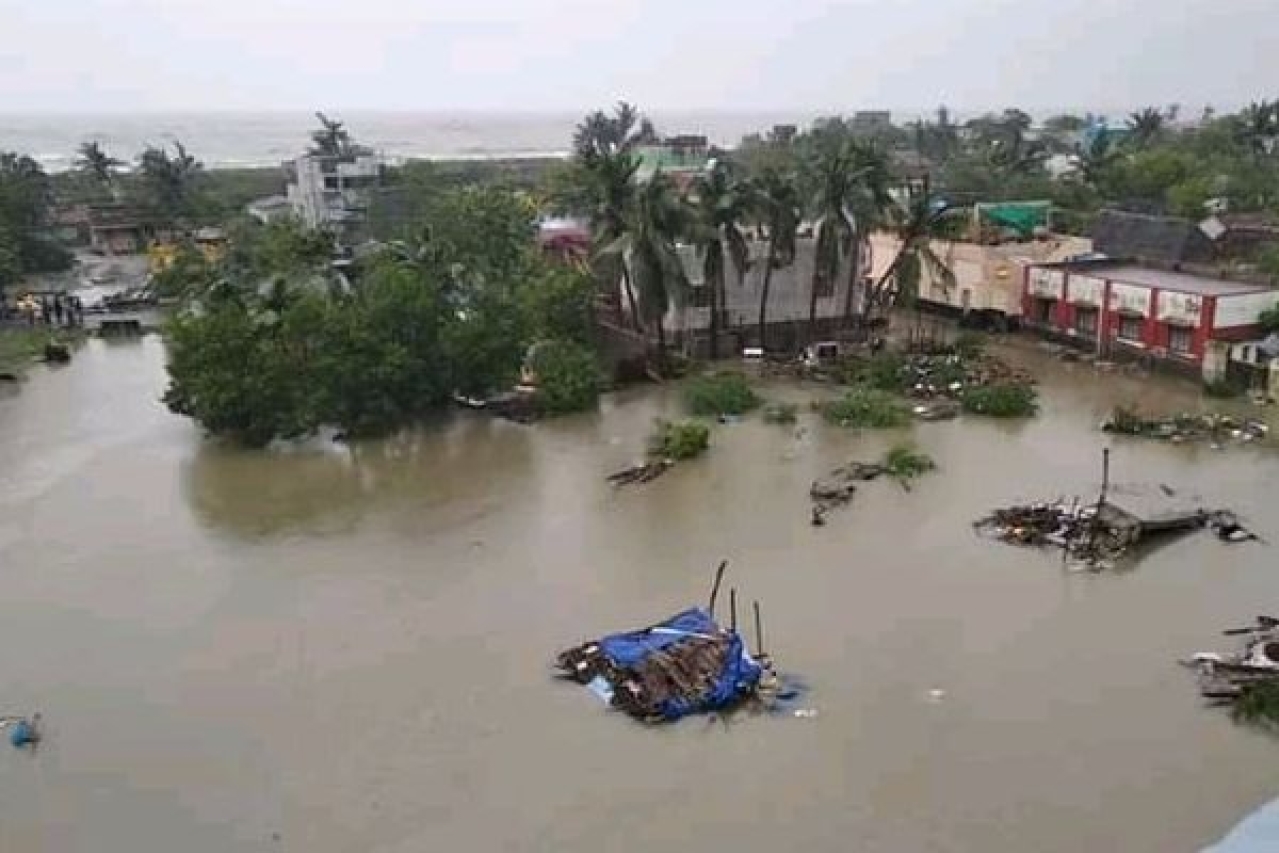 Previous article“Petrol Rate Decreased” Proudly Said H.Raja !! Check Why People Trolling Him Now !!
Next articleCricketer Dinesh Karthik Fell In Love With This Film Of Vijay Sethupathi !! He Recommends Other Players As Well !!

A 19-year-old boy was held for allegedly filming a nude video of a 16-year-old girl. DCP Central Zone Viswa Prasad said, “On March 8,...