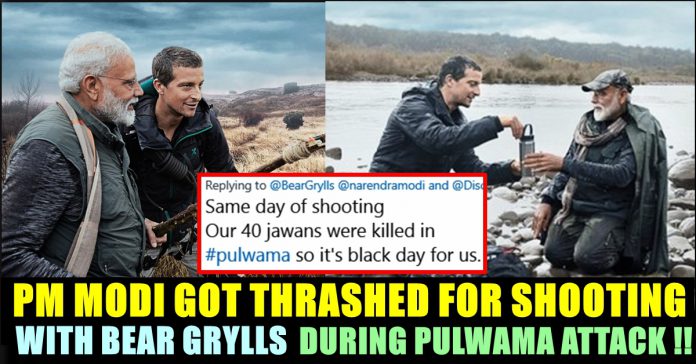 PM MODI Getting Severely Thrashed For Shooting For MAN vs WILD During Pulwama Attack !!

Prime Minister Narendra Modi will be seen in a never-seen-before avatar on August 12 when he ventures into the wilderness of Uttarakhand along with Bear Grylls, the host of the popular television show ‘Man vs Wild’ on Discovery Channel.

The Discovery Channel has issued a statement saying the special episode featuring survivalist and adventurer Bear Grylls and shot in the India’s Jim Corbett National Park, will be a “frank and freewheeling journey”. 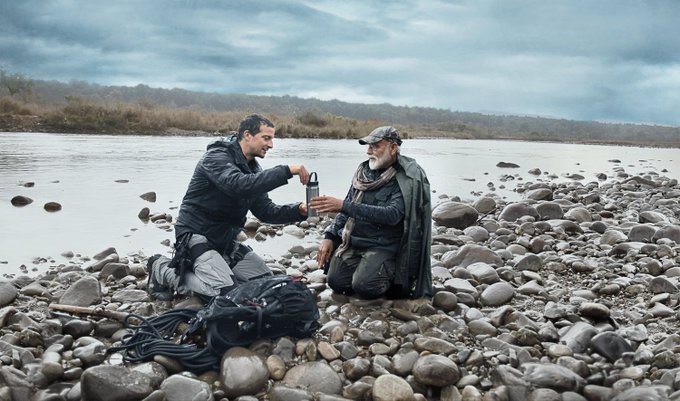 In a clip of the show that was shared by Grylls on his Twitter account, PM Modi can be seen riding a small dinghy in a river along with the adventure travel show host.

In his post Bear wrote “People across 180 countries will get to see the unknown side of PM @narendramodi as he ventures into Indian wilderness to create awareness about animal conservation & environmental change. Catch Man Vs Wild with PM Modi @DiscoveryIN on August 12 @ 9 pm. #PMModionDiscovery”

People across 180 countries will get to see the unknown side of PM @narendramodi as he ventures into Indian wilderness to create awareness about animal conservation & environmental change. Catch Man Vs Wild with PM Modi @DiscoveryIN on August 12 @ 9 pm. #PMModionDiscovery pic.twitter.com/MW2E6aMleE

This made many Indians in a devastating state who expressed their emotions in the very post of Bear Grylls. Check out some of their reactions :

He was doing shooting with @BearGrylls when pulwama happens.

What a shamess prime minister ??

The only side is fascism, sad to see @Discovery promoting a mass murderer

We ain’t proud of it, Cos when he was busy marketing himself we had lost 40 of our Brave Jawans to Terrorist attack in #Pulwama.

If I am not wrong, this was shot in Corbett when Pulwama happened.

Utterly shocking and Shameful if this is the case.

– PM continued his shooting with @BearGrylls in Jim Corbet.

– Now his documentary will be broadcast on discovery.

Same day of shooting
Our 40 jawans were killed in #pulwama so it’s black day for us.

“Boycott this programme”, which is a”Sin”, committed during Pulwama Bomb Attacks on Indian Army!

Pulwama happened at the same time. Priorities i guess. 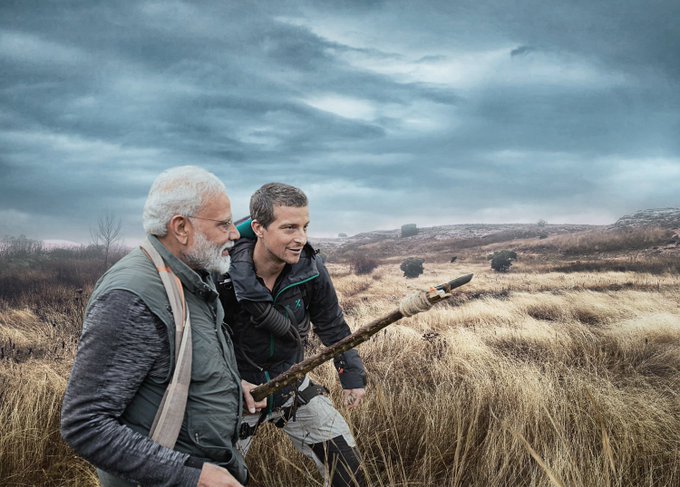 “For years, I have lived among nature, in the mountains and the forests. These years have a lasting impact on my life. So when I was asked about a special programme focussing on life beyond politics and that too in the midst of nature I was both intrigued and inclined to take part in it,” the PM said in a statement.

Previous articleChinmayi Supported Meera In Cheran Issue !! Check Out The Reactions !!
Next article“She Even Accused Her Professor During Her College Days”- Joe Michael’s Shocking Statements !!