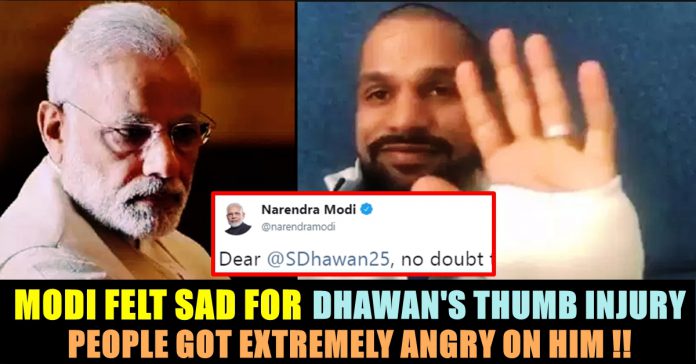 Dhawan, who was struck by a rising Pat Cummins delivery during India’s game against Australia, was kept under observation with the hope of him regaining fitness for the latter half of the tournament. But on Wednesday the Indian team management announced that Dhawan will not be able to play any further part in the tournament.

Dhawan was officially replaced by Rishabh Pant in India’s World Cup squad. Pant has been with the Indian side for the past one week after he was asked to fly in as a cover for Dhawan. 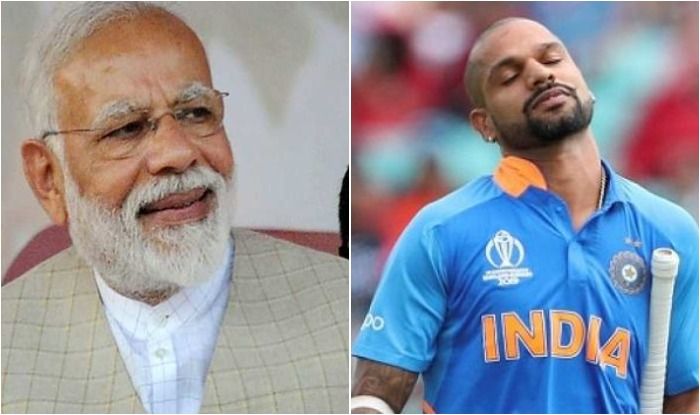 Prime Minister Narendra Modi on Thursday joined a host of cricketers to offer his sympathy to injured India opener Shikhar Dhawan, saying “the pitch will miss you.” “Dear @SDhawan25, no doubt the pitch will miss you but I hope you recover at the earliest so that you can once again be back on the field and contribute to more wins for the nation,” PM Modi tweeted, quoting Dhawan’s message in which the left-handed batsman had announced he won’t be able to participate any further in the World Cup.

Dear @SDhawan25, no doubt the pitch will miss you but I hope you recover at the earliest so that you can once again be back on the field and contribute to more wins for the nation. https://t.co/SNFccgeXAo

However many of the Twitter users asked Modi to express some condolences to the Children death in Bihar.  More than 100 children have died due to acute encephalitis syndrome (AES) in the past fortnight and many more are feared infected.

Caught unaware and grossly underprepared for this outbreak, the state and central governments have now launched an all-out effort to control the it, even as children continue to be brought to hospitals.

Check some of the comments from people :

#BiharChildDeaths are more than his score, do care abt that.

Also request you to wish speedy recovery to kids who are suffering in bihar.. Am sure Dhawan will recover from that injury.

Sir, please look in to Muzaffarpur🙏🙏🙏

What abt bihar sir

I just feel so pissed that the PM has got time to boost the morale of a player but seals his lips when it comes to speaking about the real issues. Anything on the children’s death? Anything? We voted for you this numbness and insensitivity? Shame on you sir!

Mr.Dhawan is live . Children’s of bihar are continuously https://t.co/7Uk1w29Kzt have to work .

Modiji tweets about Dhawan’s injured finger, but not on doctor’s fractured skull 🤔

Indeed newindia… Thumb injury and the PM speaks up and so many children dead, PM goes mute…

Fake reports on the death of influential personalities is not something new among the world of social media platforms and its users. A random...