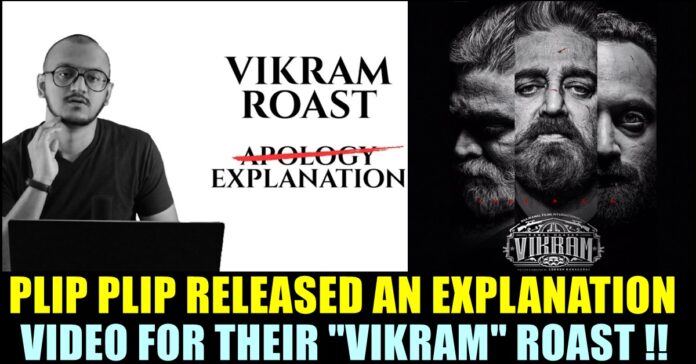 Sarvs Sagaa of “Plip Plip” youtube channel released an explanation video for the reactions that surfaced against his “Vikram” roast video that he made with Gurubhai, his friend. The video didn’t go well among his own followers and the duo received severe condemnations from Tamil meme pages and individual online users. Now, in his explanation video, Sarvs performed a skit for his followers and tried making them understand his state. 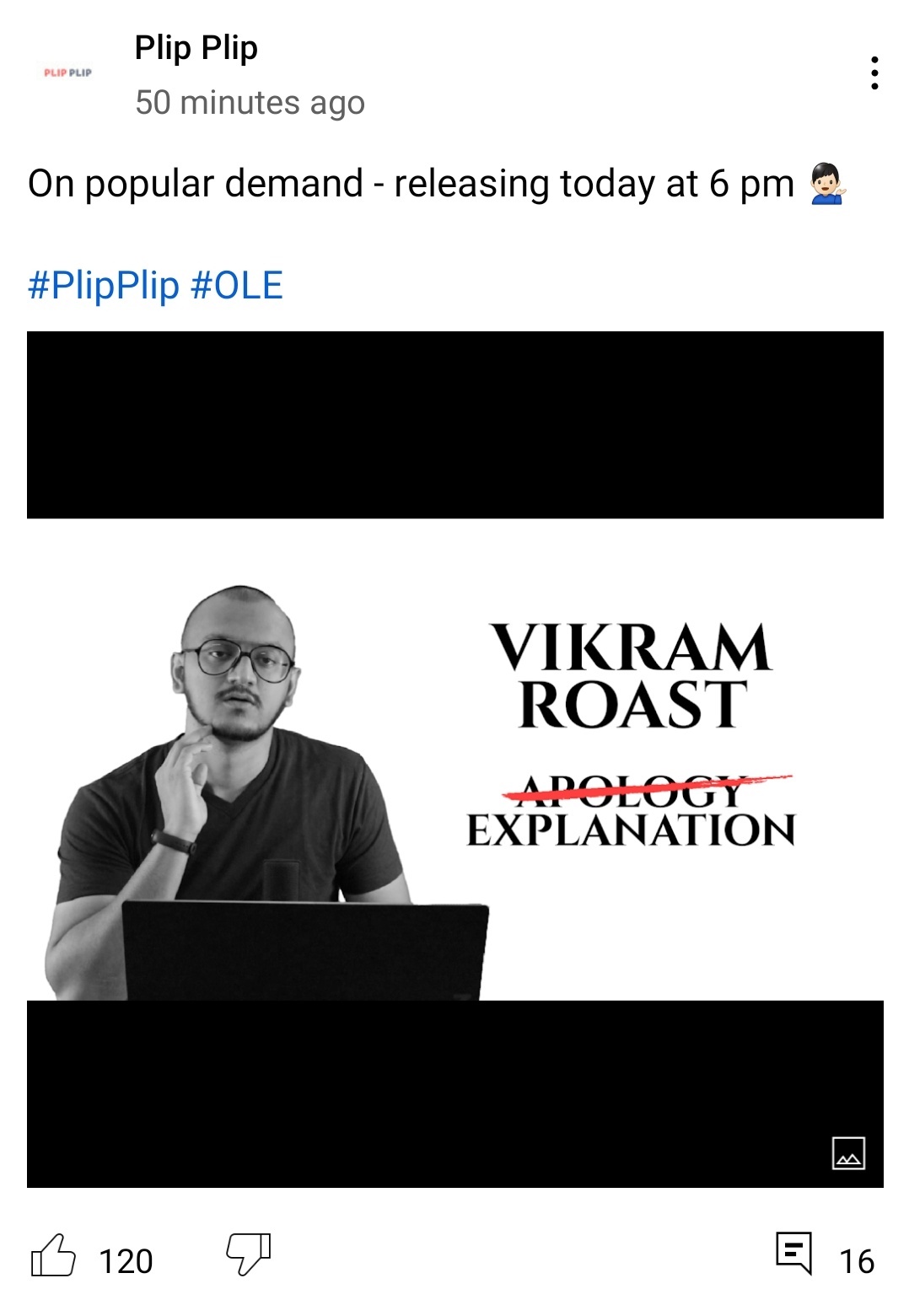 Plip Plip, a popular youtube channel which is known for making fun of films that were made of regressive subject, supporting caste and films that glorifies stereotypes, is enjoying a huge subscribership. Sarvs and Gurubai who are reviewing movies for their channel, use abusive language while making their videos. The duo enjoying a separate fan base for their youtube channel “Plip Plip” that contains 9 lakh plus subscribers, recently caught in controversy after roasting Superstar Rajinikanth’s “Annatthe”.

Recently, the duo landed in soup one more time after uploading a video roasting the recently released blockbuster film “Vikram” in their youtube channel. In the 14 minute long video, the youtubers made fun of the film by decoding the scenes such as Gayathri getting murdered, Vijay Sethupathi’s stunts after consuming drug, Kamal Haasan’s dialogue modulation and other aspects of the film. They also made fun of actor Jaffer’s height and compared him with actor Suriya based on their heights.

Many of the followers of Plip Plip expressed their displeasure over the roast video as they find no relevance between the film and the roast of the youtubers. They became a subject to severe online criticism as a result of which movie reviewer Prashanth asked the director himself about their review. Also Read : Director Lokesh Kanagaraj Responded To The “Vikram” Roast Of “Plip Plip” !! WATCH

Now, in a way of responding to the hatred an criticism, Sarvs came up with a video in his youtube channel that showed a skit video of himself interacting with his brain cells. The youtuber indirectly denoted that his jokes are being taken seriously and ended the video with a BGM in cinema style. Vijay Varadaraj of Temple monkey fame also appeared as a guest in the 11 minute 36 seconds long video.

Previous articleIrfan Reacted To The Report Of Polimer News Channel !!
Next articleReply Of Chennai Police To A Food Related Post Went Wrong !! Here’s Their Clarification

The shooting of Thalapathy Vijay's 64th film is being progressed in full swing. A sum of talented and high profile actors including Andrea, Shanthanu,...

After witnessing the episode that got streamed on Wednesday, a number of online users thrashed Amir and Raju who broke the eggs of Thamarai...