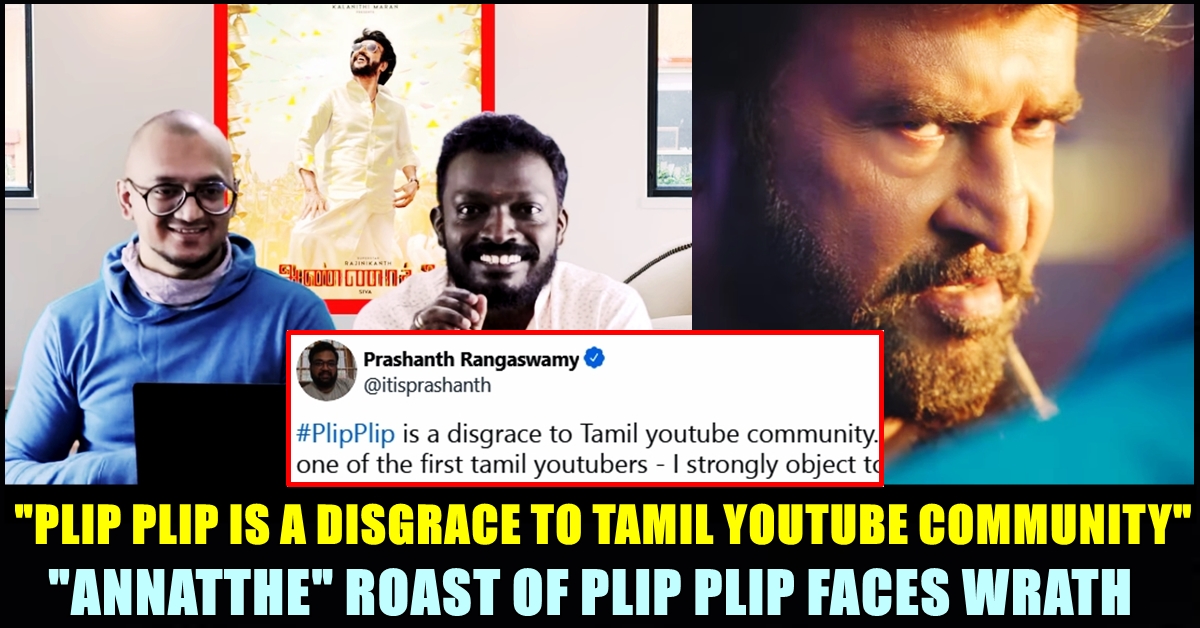 In their review, Sarvs and Gurubhai pointed out the flaws in “Annatthe” and roasted it in their own way. The video is currently trending with 3 lakh plus views in the youtube platform. Sarvs says that he felt like listening to the laments of a drunkard while Rajinikanth started his narration in “Annatthe”. The duo also parodied the dialogues of “Annatthe” by replacing abusive words to the original dialogues.

Sarvs and Gurubaai, while talking about the chemistry between Kaalaiyan and Pattamma played by Rajinikanth and Nayanthara respectively, said that the level of intimacy between Kaalaiyan and Thanga Meenakshi, Kalayan’s sister role played by Keerthy Suresh looked a bit higher. Sarvs also mentioned the reference of 2003 released Korean action thriller “Old boy”, story of which revolves around a father and daughter maintaining an intimate relationship between them without each other’s knowledge.

Many, including movie reviewer Prashanth expressed their disappointment over the way “Annatthe” was roasted by “Plip Plip”. Prashanth, to the fans of all the actors, said that the makers of “Plip Plip” who are abusing every actor will also abuse the sisters and mothers of the viewers. Here’s the video of reviewer Prashanth who called Sarvs and Gurubaai as a disgrace to Tamil youtube community :

Check out some of the other reactions that were surfaced against the youtubers :

It is sad and wrong but not unexpected at all. This is the abysmal level of discourse now. https://t.co/JAElNBwjdT

It's okay to hate a film& register your opinion but personal attacks,& unparliamentary language should never ever be encouraged. Sad that a section of youngsters enjoying it. @CMOTamilnadu should take strict action against #PlipPlip YouTubers. Their#Annaththe roast is 😡😡

Want to see them behind the bars soon.
These idiots will spoil future generation .
Disgrace to tamil youtuber community. #Arrest_PlipPlip #ArrestPlipPlipbastards #PlipPlip pic.twitter.com/V1snPTXbXC

I have filed Online complaint against this YouTube channel..

I request everyone should file complaint in below link and mention YouTube video linkhttps://t.co/uN8H7tSfLo

#PlipPlip is a disgrace to Tamil youtube community. As one of the first tamil youtubers – I strongly object to their use of words in the name of creative freedom.

Plip plip shit heads openly age shaming one of THE top star in kollywood,Abusing with such foul words.With the title Annaatthe incest in description.Sexually harassing women as "Butt"amma.Aren't we gonna do anything about this?

Vijay TV Star Jacquline Called Out This “World’s Best” Hospital !!
“Justice For Pontharani” Trending After A Plus 2 Girl Died Of Sexual Harassment !!