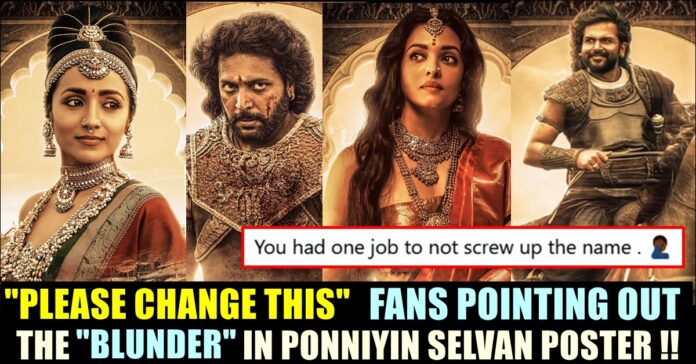 As soon as one of the main posters of “Ponniyin Selvan” that had actor Jayam Ravi as “Ponniyin Selvan” released, fans, especially those who read the book, started flooding the comment section of the production house’s post with their opinions. With many commenting on the casting choice and poster design, a number of online users pointed out that it is not “Arun” mozhi Varman but “Arul” mozhi Varman. They even comment on how Jayam Ravi should have posed for the first look. 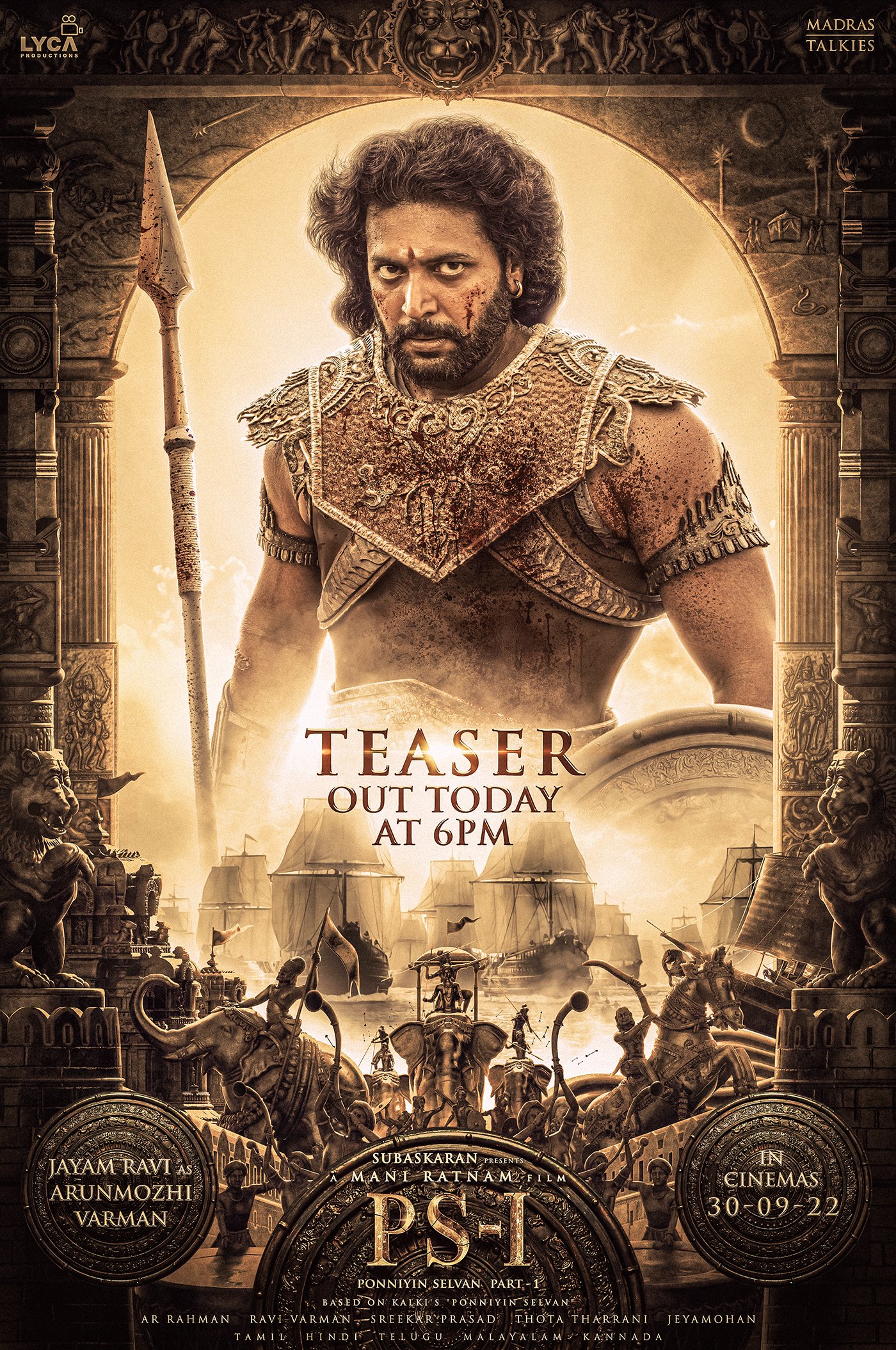 Makers of “Ponniyin Selvan” announced that the teaser of the film is going to be released on Friday evening 6 PM. For the past one week, posters of actors Karthi, Vikram, Aishwarya Rai, Trisha has been releasing and the main poster of the titular character got released hours before the teaser release.

“Hail the Visionary Prince, the Architect of the Golden Era, the Great Raja Rajaa Chola…introducing Ponniyin Selvan!” Lyca production wrote while sharing the poster and reconfirmed the teaser release timing.

Based on the classic Tamil novel “Ponniyin Selvan” written by eminent writer Kalki, the film is expected to tell the story of prince Arulmozhi Varman, who later went on to be known as the great Raja Raja Chozhan. The film , first part of which will release on 30th of September this year, is expected to be released in five languages that includes Tamil, Telugu, Kannada, Hindi and Malayalam.

Check out some of such opinions of the online users below :

Pls fix the name, it is Arulmozhi Varman aka Rajaraja Chozhan aka Ponniyin Selvan,
The posters has Arunmozhi varman which is not correct, @Sowmi_here #ps1 #PonniyinSelvan

😭😭 Raja Raja Cholan character should be young – less than 20 yrs. Why such a matured look?
Name is #ArulmozhiVarman not ArunmozhiVarum.

That really shouldn’t have been the picture you should have chosen, you guyssssssss!!!

In the book, AMV is such a cutie-pie. He is adorable, kind, polite…yes, he was a fierce warrior but also a best friend and loving brother…come on, guys! https://t.co/optKmf5UP3

Man’s playing the titular role and the team got his name wrong in the poster, he is arulmozhi varman fgs😭 https://t.co/9OMUSrIzae

Previous articleBREAKING : Celebrities & Fans Wishing Chiyaan A Speedy Recovery !!
Next articleJUST IN : Dhruv’s Emotional Words After Chiyaan Got Admitted In The Hospital !!

On Friday, Congress leader Rahul Gaandhi said that his Bharat Jodo Yatra was an attempt to "Connect with people" and to undo the damage...