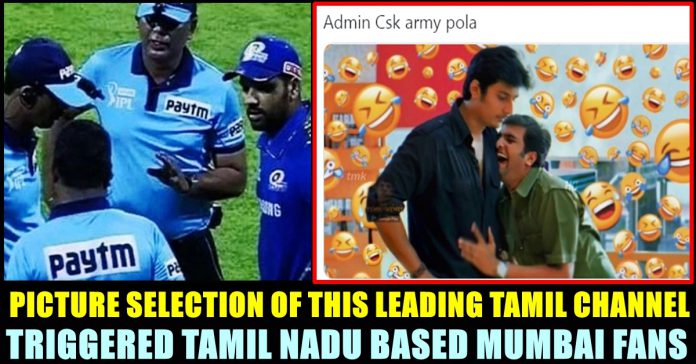 Hashtag “IPL 2022” trended in the micro blogging social media site with fans discussing about which team would retain which four players after the news on BCCI finalizing the blue print for the Indian Premier League emerged. Ahead of the 15th edition of Indian Premier League, BCCI is planning on including two new franchises, player retentions, a mega auction, increments in the salary pursue, fresh media rights tender between August 2021 and January 2022.

As far as the player retention is concerned, every team is allowed to retain four players of their team and the other players will be auctioned by all the franchises before the start of the tournament. A team can retain either three Indians and one foreign player or two Indian players and two foreign players as per the rules of BCCI. As soon as the reports on the same emerged, fans in social media started discussing about which team should retain whom.

Many wondered whether Dhoni will be retained by the management of Chennai Super Kings as his retirement from IPL is not so far. “Warner , Chahal , Iyer , Mayank , Buttler , Jadeja should Definitely be retained by their franchise in IPL 2022 Mega Auction.” a cricket fan said whereas another one wrote “Csk 4 Players To be retained. Msd, FaF, Sam curran, Jadeja 95% Fixed”

Just A Pic Some Players Retained by #mumbaiindians in #ipl2022 Mega Auction…😬 pic.twitter.com/qAxllxWDUB

Krunal Pandya's reaction after knowing that MI gonna retain players ROHIT, HARDIK, BUMRAH, POLLARD in ipl2022
And not seeing his name in the list 😂😂😂#IPL2022 pic.twitter.com/0ccDY8PSAE

Mega Auctions in IPL 2022 is the bombshell news of the day!!💥 #IPL2022 #MegaAuctions
Le me calculating which 4 players teams may retain🙆‍♀️ pic.twitter.com/S731ITXpRY

Meanwhile, leading tamil news channel, Sun news came up with a post uploading a picture of Rohit Sharma conversing with three umpires and reported about fans discussing on players retention.

The post cracked up many as the team Mumbai Indians widely trolled for bribing umpires by using the influence of its owner Ambani. Many fans of the Rohit Sharma led team got angry on seeing the post as well. Check out some of the reactions below :

Zafroon Nizar, wife of popular music composer Yuvan Shankar Raja slammed his fans who kept asking her whether she forced him to convert as...

On the 142nd birthday of social reformer Periyaar, former news reader Anitha Sampath who is known for participating in the fourth season of Bigg...