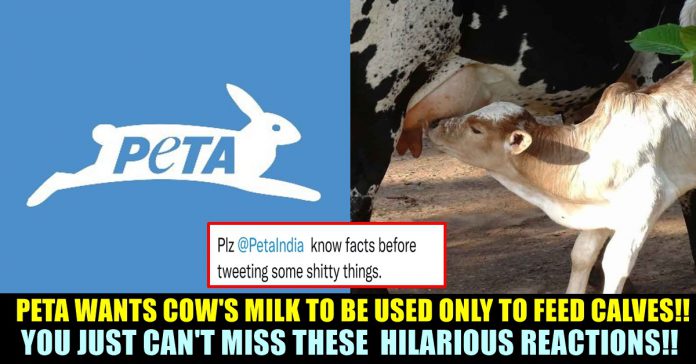 People for Ethical Treatment of Animals (PETA), a non-profit American animal rights organization functioning for ensuring a safe world for the animals. This organization has millions of supporters across the world. Their main aim is to save animals from being killed and harmed. They are running their organizations in many countries including India.

PETA was set up in India in the year 2000. They also have the support of many celebrities and well-established people. They also nominate ambassadors to promote their cause. They became very popular in India, especially in Tamil Nadu when they asked to withdraw Jallikattu stating that the sport torments the bulls. Jallikattu is a famous traditional sport in Tamil Nadu conducted predominantly during the Pongal festival. The people of Tamil Nadu unitedly stood against the ban and, PETA lost ignominiously.

PETA, India has been promoting the westernized Vegan diet which is slowly finding its path in our country. The vegan diet which forbids the consumption or usage of animals and animal-based foods or products promotes a plant-based diet. Many notable people follow and promote vegan diet. As a part of the promotion, they have posted a tweet regarding switching to plant-based milk. They have made themselves get trolled for posting a tweet thread. The tweet starts like, “Cows milk is for calves, not humans. Switch to plant-based.” This tweet has opened an ocean of endless trolls and comments that lash out at PETA’s promotion.

Cow’s milk is for calves, not humans. Switch to plant-based.

Good morning @PetaIndia
You woke up now ? U were hibernating all these days.
Ahh , frm now start hindu festivals , so ur awake now to remind about your peta.
Where did u disappear during Bakri-Eid ???

PETA in their tweet thread has come out with their own justifications to support their stance. Nevertheless, these justifications have been lambasted by the people. PETA has put forward an opinion that leather industries acquire the slaughtered cattle given to the dairy factory, indirectly implying that the dairy factories supply slaughtered cattle. People allege PETA being biased. The tweets have ridiculed PETA for its unfairness.

Do you even know if cows are not milked regularly, their mammary glands will burst because a Calf can't consume the total quantity of milk produced in Cows on daily basis!

And it can even be cancerous!

When a cow or buffalo is not genetically manipulated for abnormal milk production, she produces the milk needed by her calf. Just like a dog produces milk for her pup, a human for her baby.

Moron, do you know cows produce 3 times more milk than a calf can drink. If the calf drinks all that, it will die of loose motions? First learn about cows before you rant!

This is absolutely incorrect, cow produces more milk bcoz dey r bred like that since ages, possibly more than 1000 years ago.

Also what is ur view on banning goat sacrifice during eid festival
if I don't consumer cow milk would you pay the money difference between cow & soy ?

Happy to see this.

Just a suggestion : be more active in a local streets so we can see effect in a ground!

We like truth,not false propaganda
Switch to genuine organization