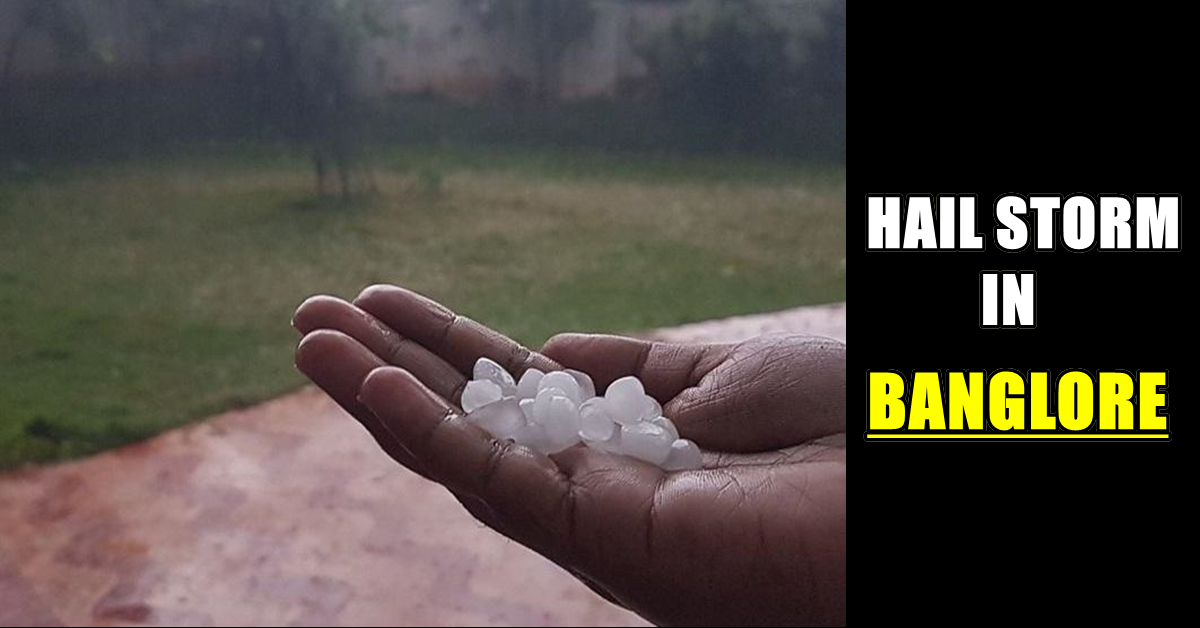 Bengaluru has been recording pre-Monsoon rains for the past two days. Neighbourhoods like Whitefield and KR Puram witnessed hail stones raining down upon them even as areas like Mahadevapura received heavy rainfall.

Unlike other forms of water ice such as graupel, which is made of rime, and ice pellets, which are smaller and translucent, hailstones usually measure between 5 millimetres (0.2 in) and 15 centimetres (6 in) in diameter. It is a form of solid precipitation. Severe weather warnings are issued for hailstone rains when the stones reach a damaging size, as it can cause serious damage to human-made structures and, most commonly, farmers’ crops. Several areas in Bengaluru witnessed a hailstorm on Friday afternoon even as temperatures hit a maximum of 34C during the day.

Areas like Mahadevapura recorded 50mm between 4pm and 4.15pm on Friday, while Bagalakunte received 60mm between 3.45pm and 4pm in Bengaluru. Residents of those areas have posted the pictures of the hail stone rain in Twitter. “Depending on the temperature drop, every 15 minutes when you have the threshold is fixed, a sudden variation of more than 4 to 5 degree. depending on that we can know that there will be a hailstorm activity. There are heavy rain events happening in rural and north Bengaluru. Bengaluru is cloudy, and in one hour we are expecting rain. we are expecting moderate to heavy rains,” Subha, a project scientist at Karnataka State Disaster Monitoring Centre told to The News Minute. Srikanth a weather blogger at Chennayil Oru Mazhaikkaalam observed that hailstorms are normal during this time of the year. “Winds from different directions are meeting plus the day time heating creates unstable atmospheric conditions triggering thunderstorms,” he explained to the TNM.

Dhoni In Tears As He Was Talking About CSK’s Return. Video Is Very Emotional !!
18 Yr Old Girl Single Handedly Beat Up 3 Men Who Tried To Harass her !!