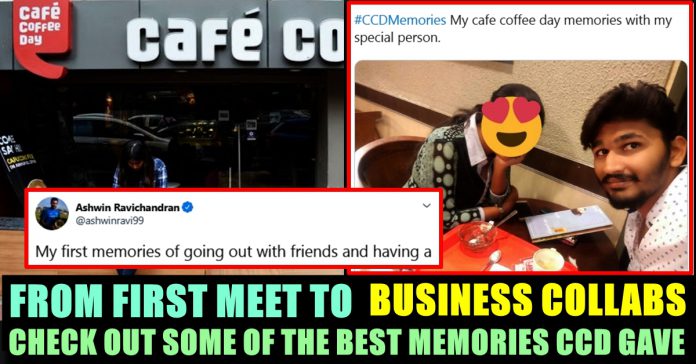 On Monday, CCD founder VG Siddhartha went missing, which sent ripples of alarm across the nation. On Wednesday, his body was recovered from the Netravati River near Mangaluru. In a suicide note that was discovered, Siddhartha apologised to his board members and the CCD family and said that he had let them down. He also said that he had “failed as an entrepreneur.” 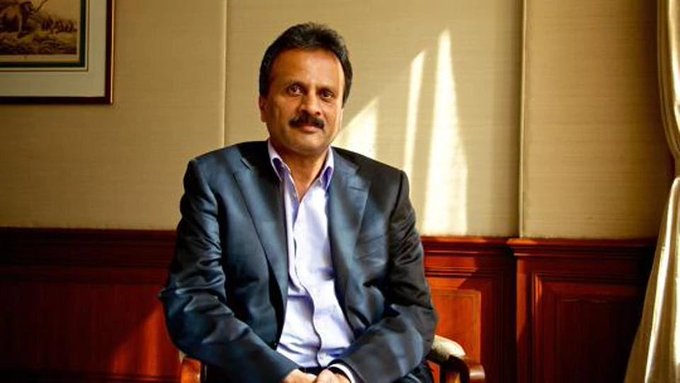 Paying tribute to Siddhartha with #CCDMemories, people shared their memories. Many also said the staff of the coffee chain would need their support following the CEO’s demise. To be precise, a number of first dates and many first meetings of arrange marriage partners must have taken place at CCD. Some business partners must have made important decisions in CCD over a cup of coffee and even several business ideas might have taken birth there.

Check out some of their posts here :

Met my gf at CCD … my pre wedding…at CCD

Picture clicked in 2012 with my then Girlfriend and now wife Sakshi at CCD. #CCDMemories pic.twitter.com/HlC8kjAnhi

That’s a view from my previous office, Indiranagar Bangalore.
CCD was like a landmark for us.#CCDmemories pic.twitter.com/C2iNXitFm3

Last year I got a call from a long lost friend, whom I coached during his IIT entrance long ago. He’s a successful social entrepreneur now.

We then met in a CCD, had a nice chat, exchanged thoughts.

Our first office in Galleria, Gurgaon didn’t have a meeting room so we did all meetings and interviews at the CCD #CCDmemories #RIPSiddhartha

My first memories of going out with friends and having a cup of coffee happened only with the inception of cafe coffee day. Sad news #RIPSiddhartha #cafecofeeday

Everyone has that one CCD story…what’s yours?? I’ve spent most of my college time in CCD Sadashivnagar and Malleshwaram! That was our adda!! Too many fond memories #CCDmemories

The coffee chain – Café Coffee Day – started by Siddhartha in 1993, has about 1,600 outlets across India and some other countries including the Czech Republic and Austria, Malaysia and Egypt. It has over 18,000 employees, owns plantations in Chikmagalur, and had ventured into vending. The group had diversified into real estate, logistics, information technology and metals.

What is your Cafe Coffee day moment ?? Comment your’s below !!

Previous articleFollowers Asked About The “SIZE” & “VIRGINITY” Of This Young Tamil Actress !! Here’s Her Reply !!
Next articleTop Director Got Severely Criticized For Disrespecting Rajini & Vijay !! Here’s His Clarification !!

Ahead of the release of director Rathna kumar's third film "Gulu Gulu", music composer Santhosh Narayanan came up with a tweet in his official...