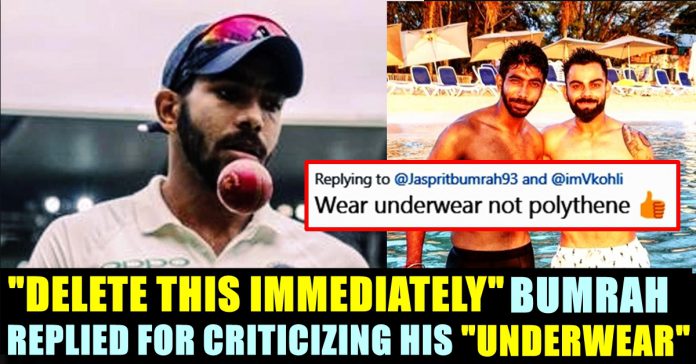 Bumrah, who was rested from the ODI and T20I series against the hosts, arrived in the Carribean earlier this week to take part in the two-match Test series which marking the start of the team’s campaign in the ICC World Test Championship. Ahead of the start of the first Test in Antigua, Bumrah posted a picture with Kohli where the duo can be seen flaunting their abs in the pool. The caption of this picture said “Sun soaking with @imVkohli and the team. 🌊🌊”

Sun soaking with @imVkohli and the team. 🌊🌊 pic.twitter.com/XHGKJ7SGou

Unless his other posts, This post of Bumrah received special attention for not so right reason. The social media users who saw the picture thought that Bumrah is wearing a transparent innerwear. They advised him to delete the picture immediately which doesn’t received any response from the pacer. Check out some of their reactions here :

Nooooo @Jaspritbumrah93 !😳Buddy you need to invest in a decent pair of swimming trunks like my man @imVkohli ! @ESPNcricinfo @SkyCricket @SACricketmag did you see this😋 Poor old Jasprith, still a cool guy and a great cricketer though, we all have our moments! pic.twitter.com/GdikI3Crqd

Pls cover your under body 😂

Did someone notice anything weird with this pic? Please say I’m not the only one or may be I’m wrong

People with low brightness on their phones won’t get this.

@Jaspritbumrah93 delete this pic immediately it’s to hot to handle 😜🤪🤗🤗😘😘 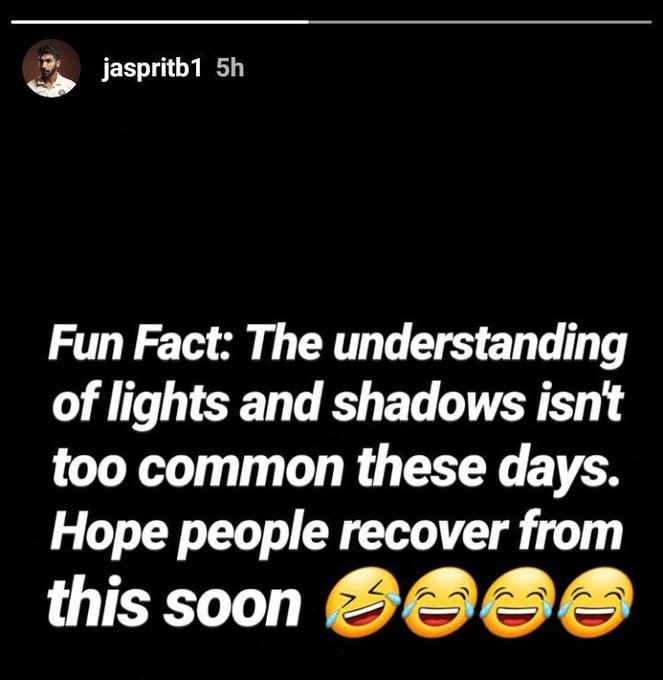 Well, that’s a fitting reply to those who criticized his dressing without realizing the fact. Meanwhile India defeated West Indies comprehensively in the T20I and ODI series and will be hopeful of continuing their winning run in the Test series. While Bumrah will be a certain starter in the first Test, Mohammed Shami, Ishant Sharma and Umesh Yadav will be fighting for the remaining two slots if Kohli opts to play three regular pacers and a full-time spinner in the absence of all-rounder Hardik Pandya, who is not a part of the Test squad. Bumrah is currently the number one Test bowler and is coming into the series on the back of a stellar World Cup campaign.

Previous articleBIGG BOSS Saravanan Answers To A Question On Joining Rajinikanth’s Political Party !! WATCH !!
Next articleFor Showing Too Much Of Love & Affection, Woman Wants Divorce From Her Husband !! BIZARRE !!

Actress Kaniha Replied To Bayilwaan Ranganaathan Who Slut Shamed Her !!

Actress Kaniha, during a question and answer session she conducted with her Instagram followers, replied to a fan who asked her to share about...