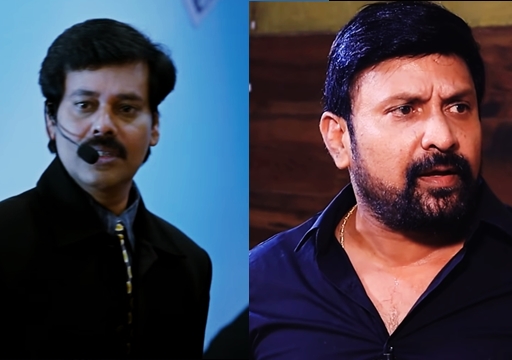 Actor Vignesh who recently made a complaint to Chennai commissioner against an individual named Ram Prabhu for cheating Rs. 1.82 crore from him in the pretext of gaining him double time profit. After conducting a press meet, Vignesh, in an interview with behindwoods, explained how he got cheated by the gang. The actor said that people are making fun of him but he is actually appearing in front of media to create awareness. 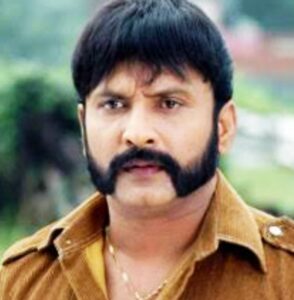 Kollywood actor Vignesh who is known for acting in films such as “Kizhakku Seemayile”, ” Kannethirey Thondrinaal”, met press reporters and said that he lost Rs. 1.82 crore to a scam based on “Iridium” led by an influential individual named “Ram Prabhu”. The actor said that nearly 500 people got cheated like him and requested government to help him and others to get their money back from Ram Prabhu.

The 50 year old actor who was last seen in a film named “Anantham Vilayadum Veedu” is involved in running several businesses including hotel business, beauty parlour business, agriculture etc. It has been reported that Ram Prabhu and his gang made him believe that a whopping amount of Rs. 3.5 lakh crores is going to come from Australia and asked Vignesh and other common people to invest whatever they could to pay the tax amount of Rs. 500 crore to the Reserve Bank of India.

Ram Prabhu who belongs to Virudhunagar met Vignesh while he visited the green trends beauty parlour which was located in Eekattuthangal, where Vignesh is running his hotel now. He used to visit the parlour with a car that said “Government of India” and with guards, saya the reports.

Ram Prabhu arranged a meeting in his farm house that is located in Virudhunagar and made Vignesh to accept to invest in “Iridium” business. More than 100 businessmen participated in the meeting along with Vignesh, says reports. Ram Prabhu, reportedly said Vignesh and others that he extracted Iridium from the place that belongs to him and sold it to Australia for their satellite research with the permission of Indian government.

Ram prabhu said that he got Rs. 3.5 lakh crore from Reserve Bank through selling the “Iridium” to Australian government and went on to add that he need Rs. 500 crore to pay as tax for the Reserve Bank in order to get the money. Ram prabhu and vo promised Vignesh and others that they will get more money than they invest. “If you invest Rs. 10 lakh, you can get Rs. 10 crore in return” they said to make the victims believe as in the widely watched Tamil movie “Sadhuranga Vettai”.

Vignesh, in a press meet, said that not only him but more than 500 individuals got cheated by Ram Prabhu and requested Police to get them their money back. “Ram Prabhu is not functioning as a single person. He has a team. I myself have been receiving threats from morning. Our intention is to get our money back and we want the poor and people who died to get their money” the actor said.

In the interview with Behindwoods, Vignesh said that Ram Prabhu and his gang cheated him for 5 long years and also contacted his wife and received money from her to start a “beneficiary” account for her.

Previous articleEmerging Actress’s Fitting Reply To A Toxic Netizen !!
Next articleSanju Samson Got Extremely Upset Over His Own Team!!