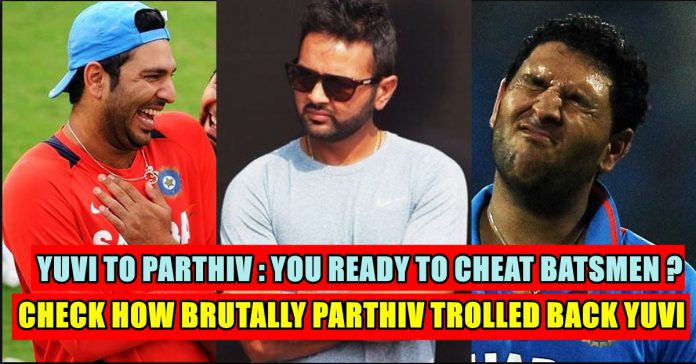 Indian wicketkeeper Parthiv Patel was a part of the Indian test squad which lifted the Border-Gavaskar Trophy in Australia for the first time in their history. The 33 year old, who failed to get any game time during the entire test series, had a mixed outing on his return to domestic cricket. Parthiv captained Gujarat in the quarter finals of the Ranji Trophy against Kerala at the Krishnagiri Stadium in Wayanad, Kerala. The match however was eventually won by the hosts by 113 runs. 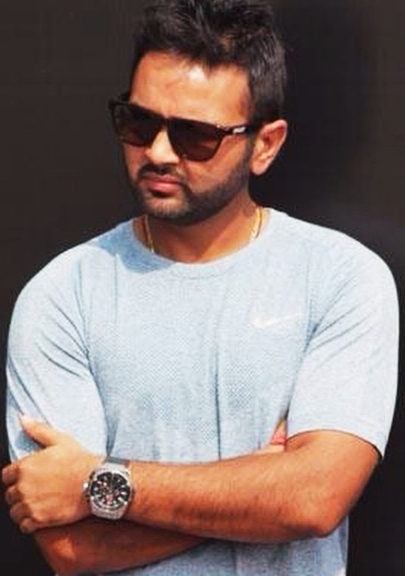 Ahead of Gujarat’s semi-final encounter against Kerala, which concluded today, Patel took to Instagram and posted a picture of him on the way to Kerala to take part in the game. Veteran all-rounder Yuvraj Singh was quick to take a swipe at the wicket-keeper batsman as he trolled him on his post. Patel returned the favour with an epic comeback and brutally gave it back to Yuvraj.

“Back to Gujarat for Ranji trophy knockouts…off to Wayanad (Kerala),” wrote Patel captioning his post.

Back to Gujarat for Ranji trophy knockouts…off to Wayanad (Kerala)…

“@akshar.patel he’s ready for some big shouts when batsman has not nicked it,” wrote Yuvraj trying to troll Parthiv but the wicket-keeper batsman came back with an epic reply.

“Can’t wait..would have love to shout when you are batting..oh wait Punjab didn’t go thru to knockouts..isn’t it?,” Patel wrote taking a dig at Yuvraj’s Punjab, who failed to qualify for the knockout stages of the Ranji Trophy. 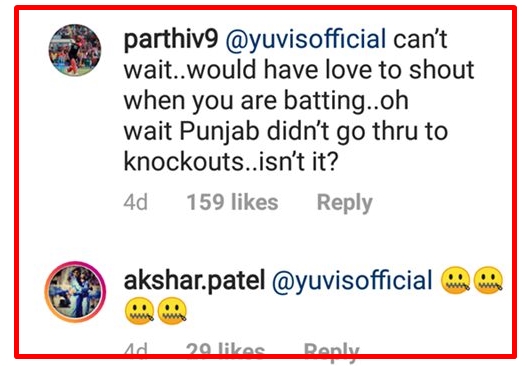 While Punjab failed to make it to the knockout stages after a draw against Bengal, Gujarat too had a short stay in the knockout rounds as the Patel-led side were ousted by Kerala, who became the first team to secure a spot in the top four. Punjab and Bengal both had 23 points from eight games. Meanwhile, Kerala won against Gujarat by 113 runs in a low-scoring affair which saw the defending champions get bundled out for 81 runs in second innings. 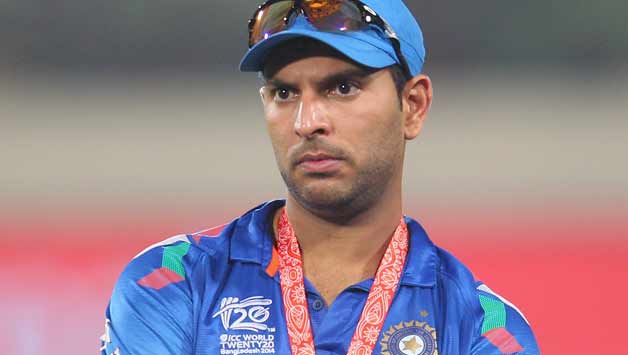 Batting first, Kerala managed to post 185/9 in their first innings with pacer Basil Thampi making the largest contribution of 37 runs. Gujarat, in reply, were folded out for just 162 runs. Kerala extended their lead at stumps on the third day, posting 171 runs on the board in their second innings. Thampi then picked up a five-wicket haul to rattle Gujarat in their chase and helped his side secure a comfortable win.