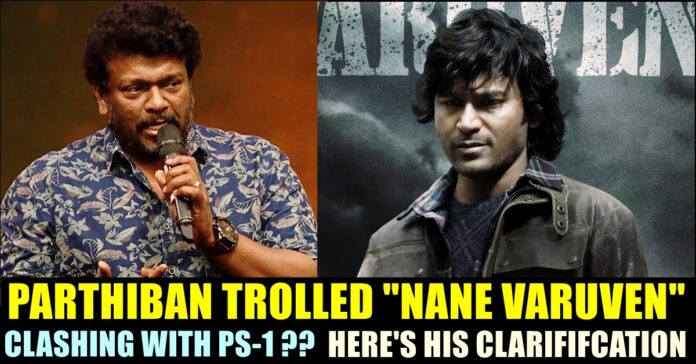 Team “Ponniyin Selvan” was actively promoting the movie by attending press meets and meeting fans till the last day before the release. In a recent event that saw the presence of all the stars of the film, director Parthiban, started his speech saying “Naane Varuven, I came to this event saying Naane Varuven”

As soon as the director uttered the title of Dhanush’s film, reporters erupted in laughter and even few of his fellow starts giggled. “Nane Varuven” got released on Thursday, a day before the release of “Ponniyin Selvan”.

Watch the extended video below : 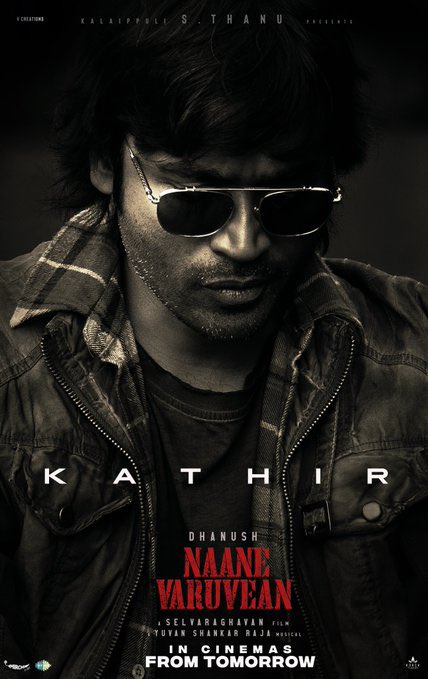 While few fans believed that Parthiban made such comment in a lighter note as he would always do during his stage speeches, many said that the actor is trolling “Naane Varuven” for clashing with “Ponniyin Selvan” which is believed to become a pride of Tamil cinema.

Check out some of the reactions that surfaced below :

@chiyaan is not amused!.. https://t.co/bwXApOLvDP

I honestly wouldn’t mind if Naane Varuvean turns out to be a better movie than PS1 just for this sort of arrogance.

I really hope Selva delivers a really strong film this time to show that it is ok for two big films to come out the same time https://t.co/PhdEAOWUDn

Previous article“Vijay Was The First Choice For That Character” – Vikram Opened
Next articleMemes Trolling “Ponniyin Selvan” Book Readers Are Flooding The Internet !!