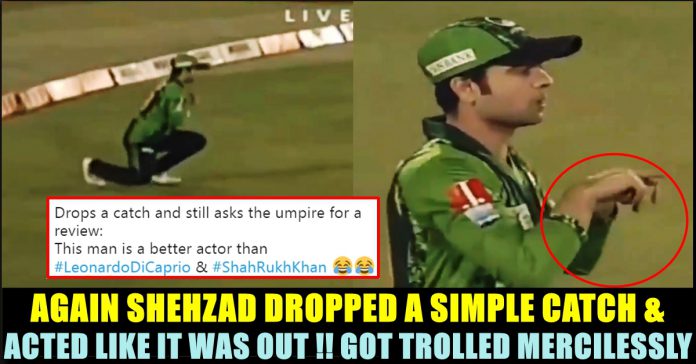 Pakistani cricketer Ahmed Shehzad asked for a review after dropping a dolly during the Khyber Pakhtunkhwa vs Federal Areas clash in the ongoing Pakistan Cup 2019 on Wednesday.

The domestic five-team one-day tournament that kicked off on April 2 saw Khyber Pakhtunkhwa defeating the defending champions Federal Areas by three wickets, with a star performance by KP’s 33-year-old pacer Wahab Riaz, who finished the match with a five-wicket haul in his 10 overs. Ahmed Shehzad has come under fire from fans on Twitter after asking for a TV review despite putting down a catch and picking the ball up from the ground. The incident took place in the final over of the Pakistan Cup match between Federal Areas and Khyber Pakhtunkhwa. Fielding at deep mid-wicket, Ahmed Shehzad dropped a sitter with Khyber Pakhtunkhwa needing three runs to win off the last four balls. Inexplicably, the Pakistan batsman asked for the third umpire’s decision despite replays clearly showing Shehzad dropping the catch. 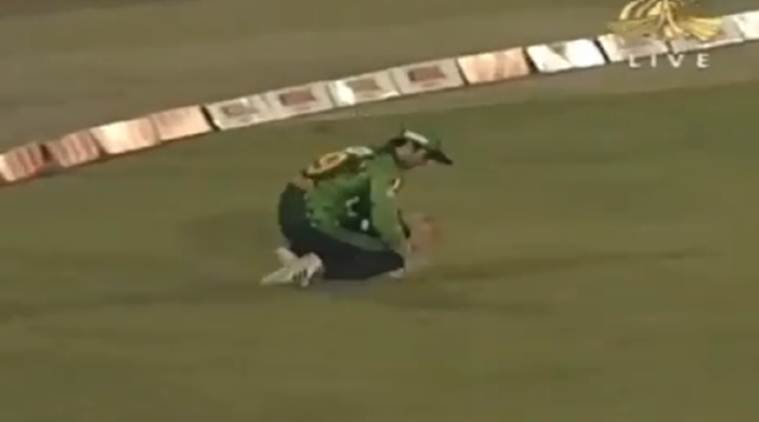 With three required from the final four deliveries, Pakhtunkhwa batsman Khushdil Shah tried to clear the boundary rope but his shot travelled straight into the hands of Shehzad at deep mid-wicket region. While the ball was in the air, the commentators said that this could be a turning point but what followed was hard to believe as Shehzad fumbled and dropped the regulation catch. After dropping the catch, the 27-year-old picked the ball and signalled to the on-field umpires to get it checked by TV official as he was not sure of the catch being taken cleanly.

Here is a clip of the video that has gone viral on social media.

Fans on Twitter were left fuming and slammed Ahmed Shehzad for repeating his past mistakes. Check out some of their reactions :

Ahmed Shehzad drops a sitter, asks Umpire to go for the review. This isn’t the first time he has done it. Shameless country full of terrorists and shameless cricketers. #PakistanCup #AhmedShehzad pic.twitter.com/xFPA0N89SI

Hahahahaha how can you even ask for a review when you picked the ball up from the ground https://t.co/FcK5Xqkp3C

He picked the ball back up from ground so soon that his brain didn’t realise.
Cute 😂

Not even close. Ahmed Shehzad took it very very cleanly. Should be given out. https://t.co/BptSahOzga

Drops a catch and still asks the umpire for a review:
This man is a better actor than #LeonardoDiCaprio & #ShahRukhKhan 😂😂😂😂😂 #AhmedShehzad @adeel4_u pic.twitter.com/vkFJBFBYSA

If he is doing this with camera on, think how many batsmen’ career he impacted with his cheatings in domestic matches.

Drops a catch and still asks the umpire for a review:
This man is a better actor than #LeonardoDiCaprio & #ShahRukhKhan 😂😂😂😂😂 #AhmedShehzad @adeel4_u pic.twitter.com/vkFJBFBYSA

What an actor though😂😂😍

A fan even put a video of Shehzad doing something similar while playing for the Pakistan national team.

Honesty level Here is another one .😂😂😂 pic.twitter.com/UlmQ8r7Fqr