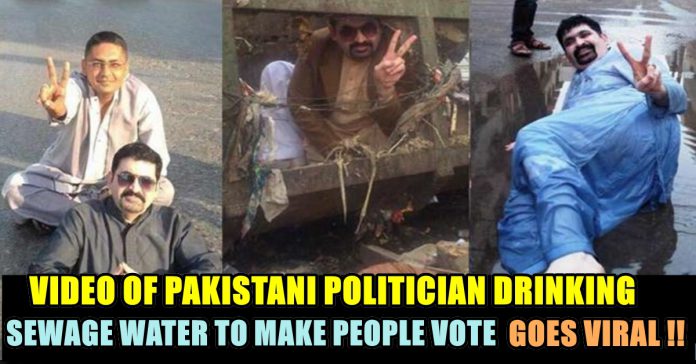 It’s not unusual for politicians hitting the roads to campaign door-to-door asking for votes right before elections. However, one election candidate’s rather bizarre campaign in Karachi not only got everyone in the city talking but garnered the attention of people all around. Meet Ayaz Memom Motiwala, who has taken Pakistani Netizens by surprise by lying down on sewage water to ask for votes. 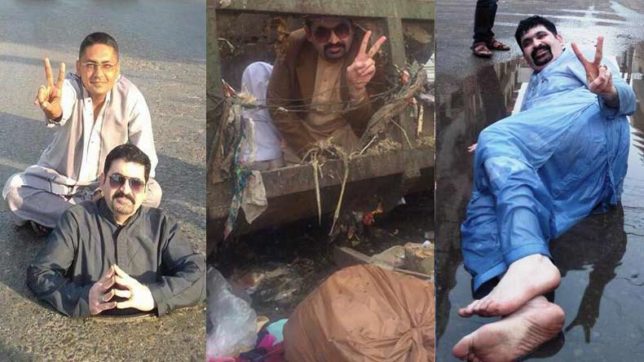 Yes, you read right. An independent candidate, Motiwala hails from the constituency of NA-243 in Karachi. To convince people in his locality that he understands their sufferings of dealing with the unhygienic and faulty sewage system — he decided to launch a scathing attack on the present government and opposition party by sitting on a dharna in the dirty water in the wee hours on Friday.

Addressing his concerns for the people, he went live on his Facebook page and was seen even drinking the water! His whacky campaign did not end there as he further took a national flag and was seen lying on the road asking his supporters to take photos as he smiled flaunting a victory sign. 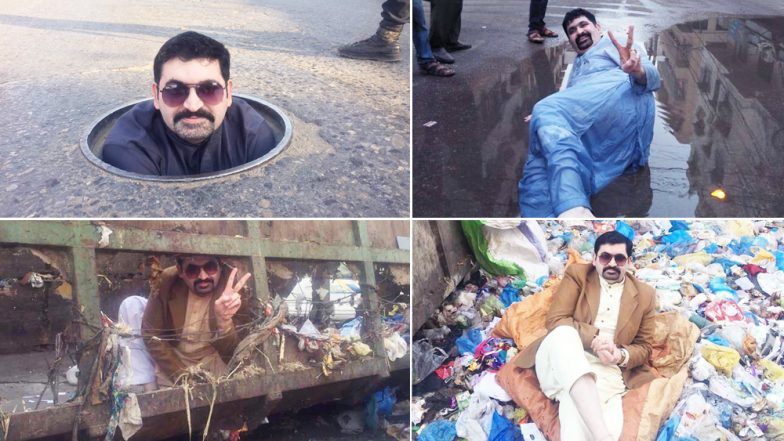 Quickly, photos of the politician spread across social media and most weren’t very impressed. While some remarked he was “making a fool of himself”, others thought it was just a “publicity stunt” and he too would disappear once the election was over.

People, however, found his stunt to be a wee bit exaggerated. We have all seen such things way too many times to believe that this is not just drama and will last even a day beyond the elections.