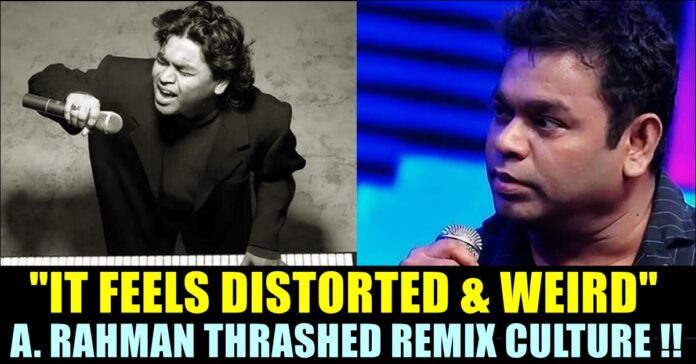 Music Maestro A.R Rahman, while interacting with a famous new portal, expressing his strong views about the remix culture. The musician said that he finds it “distorted” and questioned those who are justifying the remix by asking “who are they to reimagine ?”. Rahman also said how careful he would be while working on the works of others.

Rahman is currently busy promoting his upcoming magnum opus “Ponniyin Selvan” in which he collaborated with Mani Rathnam. When he was asked to tell his opinions on other music directors using his tunes to remix, the musician said “The more I see, the more it is distorted. The intention of composer gets distorted” to the India Today.

“People say “I am reimagining”. Who are you to re-imagine ? I am also careful while taking the work of someone else. You have to be respectful and I think it is a grey area. we need to sort it out” he further said.

While answering to the question on how he deals with requests from producers and directors to remix his own tunes and give them modern day touch, Rahman said “The other day, we had the Telugu music launch and the producers said, every song that you two (Manirathnam and Rahman) make sounds fresh because because it is all done in digital mastering. It already has that quality and everyone appreciates it. Of course, people take permission, but you cannot take something recent and remake it again. It feels weird” in the interview. 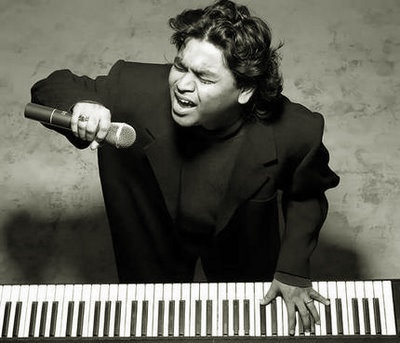 In February 2020, the music composer made similar statement to the media. Rahman has said that a song which was made already should be left alone. He said that it could not be ruined in the name of remix. “The director was given an idea, The composer has done, The lyric writers done, The actors have acted. So it’s holy for people. You can’t take that, push all the names and put the remixer’s name on it” said the composer about giving the credit at least to the owner while remixing his song.

“They don’t even credit the original composer, that’s the annoying thing. So this generation will think that the song was done by the remixer and they would appreciate him. That’s not a good thing. Credits have to be given and permission has to be taken.” said Rahman who went on to reveal a song which hurt him the most.

He said that the song “Ishwar Allah” from 1947 is one of his favourite songs that he composed. “They took that song and really killed it” the composer said. When the interviewer asked whether he did anything about it, Rahman said that he didn’t do anything about it as he was in a shock.

Top 5 Places Where You Get Yummy Food In Tambaram

As of the saying “eat to live or live to eat ", these are 5 places in and out of Tambaram that you can get to...