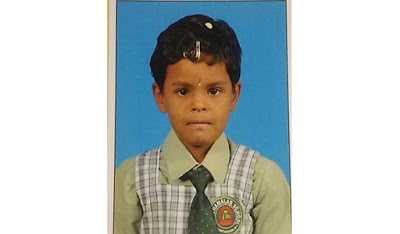 Six vital organs were on harvested from a five-year-old girl from Karur and transplanted into needy patients, hospital authorities said.

Janasruthi, a first standard student, met with an accident on January 2 while going to school with her mother and after first aid, was admitted to a private hospital here for further treatment.

Since her condition was critical, she was shifted to Kovai Medical Center and Hospital (KMCH) on January five.

As she did not respond to treatment, the girl was declared brain dead early Thursday morning, a hospital release said.

After her parents gave consent to donate her organs, a team of doctors from Government Hospital and KMCH harvested her kidneys, heart valve, liver and eyes.

The heart valve, one kidney and liver were sent to Chennai Madras Medical Mission, Fortis and Apollo Hospital by special flight, while another kidney was transplanted at KMCH. Two eyes were sent to Aravind Eye Hospital here, it said.

The child’s father, a cook at Paramathivellur Government Hostel, said that he was proud that his daughter will live long through these recipients.

Dr Arun N Palaniswami, Director Quality, KMCH claimed this was the youngest child to have donated her organs outside Chennai in Tamil Nadu.