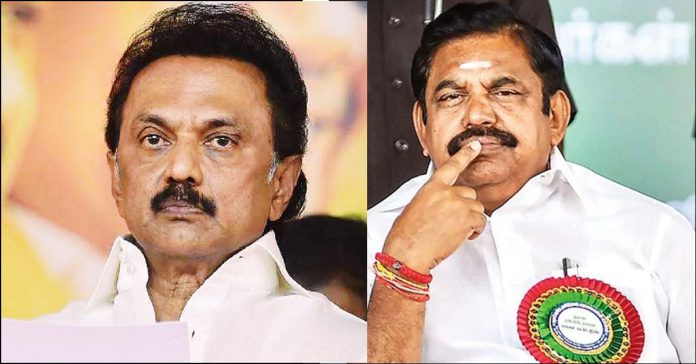 With just one week to go for the Tamil nadu assembly elections, opinion polls from various media portals are surfacing in Internet. Followed by Puthiya Thalaimurai, Network Democracy, Kumudham and many other media portals, now the opinion poll result of Puthu Yugam television channel is out.

It is the first election since very long time that is going to take place without former Chief ministers J. Jayalalithaa of AIADMK and M. Karunanithi of DMK. Voters are eagerly waiting to witness the winner of this most expected election. Chief minister Edappadi K Pazhaniswamy and the Leader of opposition MK Stalin are actively involving in campaigning for their respective political parties in order to gain votes from the public. They who realized that there is no “next time” for them, are conducting rallies, campaigns and meetings etc.

Now, the opinion poll result of Puthu yugam Television channel has released saying that AIADMK is going to win in 131 constituencies. The poll was conducted by dividing the state into 5 zones. In the 234 constituencies, 20 people were asked to tell their opinion per polling station among all the 2900 polling stations. It is reported that AIADMK will get 46. 5 % votes in the west zone where they have huge support and DMK will get 38.5.

The poll conducted by Puthuyugam said that AIADMK will get 44 % of votes state wide and reported that DMK will end up with just 42 % of votes. 53 % of people were said that the governance of the ruling party was satisfying for the past five years. They also said that their schemes, programmes were useful, said the reports.

Based on the constituencies, AIADMK are going to win in 131, said the poll conducted by Puthuyugam. It also said that DMK will be winning in 101 constituencies whereas other parties winning the rest. It is notable that several other media portals has released opinion poll results in favour of AIADMK.

Former Indian cricketer Suresh Raina announced about his retirement from International cricket on the same day as Mahendra Singh Dhoni. Now, after the announcement...

16 Places In Chennai Where You Can Have The Best BBQs, Grills & Kebabs.. Non-Veg Paradise!

Being an ardent  foodie, BBQs, Grills and Kebabs are our all time favourite! The perfectly cooked meat might take us on a ride of foodgasm. And...