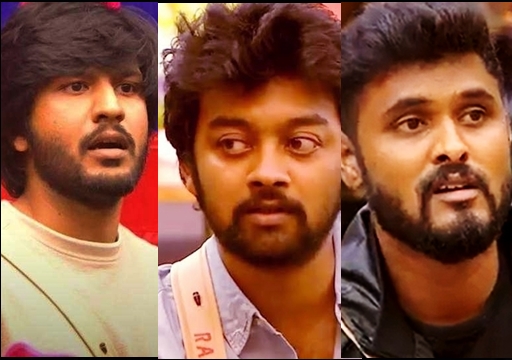 After witnessing the episode that got streamed on Wednesday, a number of online users thrashed Amir and Raju who broke the eggs of Thamarai and Pavni to make them evict from the ticket to finale task. Many including music director James Vasanthan who has been reviewing the show, questioned why they didn’t opt to fight or break the eggs of their fellow male contestants.

HOW IS THIS NOT PLANNING & GANGING UP.

As a part of the ticket to finale task, Bigg Boss gave 10 eggs to each contestant and asked them to save it till the end of the task. Two contestants who have less number of eggs will be eliminated from the task which is being conducted to discover the finalist, said Bigg Boss. Raju and Amir broke the eggs of Pavni and Thamarai respectively to evict them from the Ticket to finale task.

When Pavni broke the eggs of Sanjeev as a part of the task, the latter went back and broker her eggs while she was struggling with Raju.

Check out some of the reactions that surfaced against the men of Bigg Boss season 5 :

Raju, Ciby & Sanjiv only targeted Pavni they didn’t even try to attack Amir when they had a chance #BiggBossTamil5

Why the hell men in the bb house even try to attack other men and only targeted women in today’s egg task? #Amir #Raju #Ciby #Sanjeev seriously why didn’t you try twisting the hands of each other? #BiggBossTamil5 #BiggBossTamilSeason5 #BiggBoss5Tamil

Raju has only one target Pavni
Why can’t you go against Ciby/ Amir and why not Sanjeev ?
And no one went against Ciby 🤷
It’s ok Pavni
Well done #BigBossTamil5#BiggBossTamil

I never seen #TTF played as team game. Its to show individual game. Whole house teamed up against #Thamarai . #Priyanka is so cheap. Day by day she is becoming like a monster. #BiggBossTamil5#BiggBossTamil useless #Sanjiv and #Amir should be eliminated this week. Worst WC.

Can I sponsor a set of Sarees, Frocks and Jewellery items to #Raju #Amir and #Ciby

Previous articleMiss Universe Compared Her Victory With Olympic Gold Medal !! Got Trolled
Next articleSivakarthikeyan Defeated Vijay In This Top Theatre !!