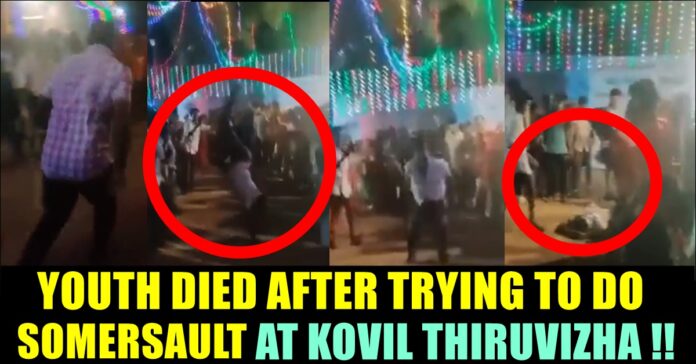 Days after a video of a youth losing conscious while playing a Kabaddi game sent shock wavs among the public, now one more Kabaddi player named Vinod Kumar died while trying to performing a somersault in front of crowd for a Temple festival (Thiruvizha). The video went viral among the online users with many expressing their condolences for the youth.

According to reports, the incident took place in Arani town of Thiruvannamalai district on 8th of August. Vinodh Kumar who is just 34 years old, took part in the temple festival with his team and participated in the events conducted. 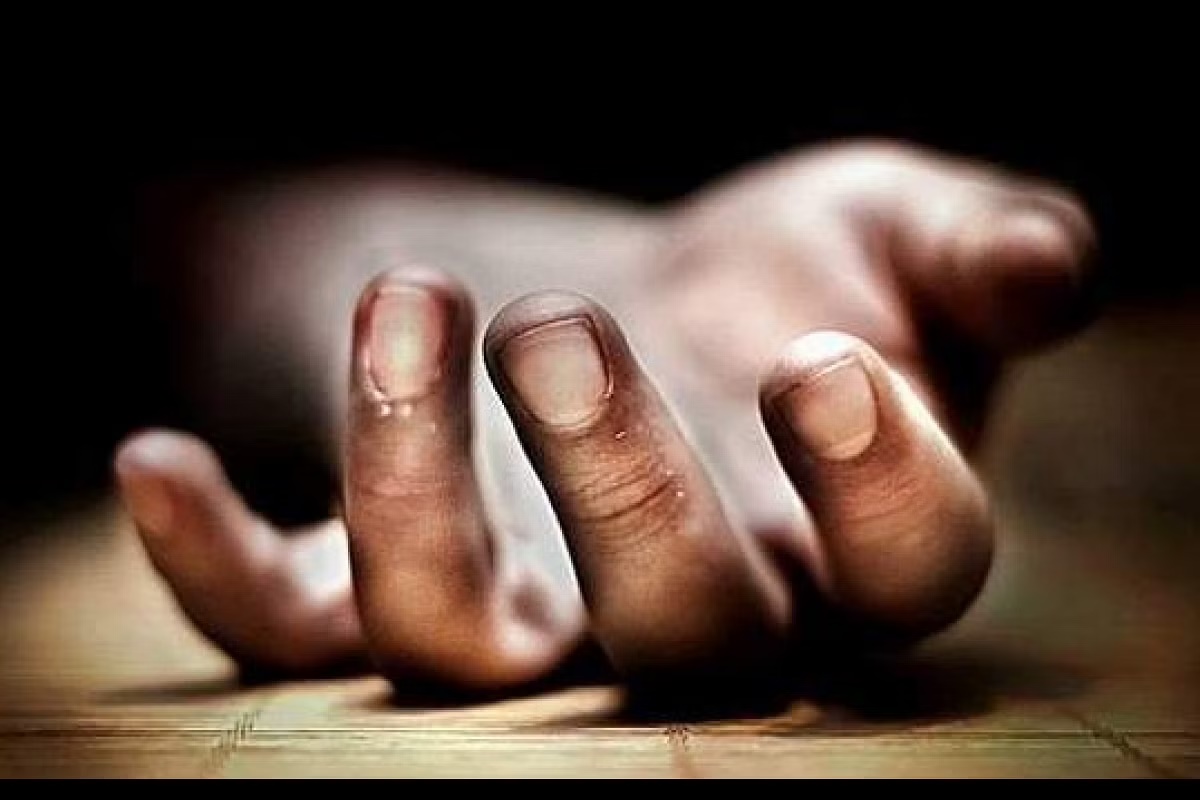 The youth’s death was recorded in a video as he was trying to do a somersault and collapsed after the first flip. It has been suspected that the youth could have hurt his neck while doing the somersault. The youth was immediately rushed to Arani Government hospital for treatment.

Later, he was admitted to Vellore medical college  Hospital for further treatment. After discovering that his condition is not improving, Vinodh was moved to Chennai Government Hospital. On Monday night, after not responding to the treatment, Vinodh was declared dead.

Vinodh was survived by his wife Sivagami and sons Santhosh and Kalaiyarasan, said the reports. “Cervical spine injury.. same mechanism as hanging.. dislocation of top veretebra” a Doctor wrote in his tweet after seeing the video whereas many other shared the video to spread awareness.

This looks scary.. plz update the exact reason behind his death …

Days ago, heart wrenching video of a Kabaddi player succumbing to death during his ride has left the people of the surrounding devastated. The video shows the youth, after failing to reach his target during his ride, losing his conscious and reports suggested that he died on spot.

The youth has been identified as Vimal Raj, a 21 year old. Belonging to Periyapurangani Murugan Kovil street located in Kadampuliyur, next to Panruti, Vimal Raj was studying 2nd year B. Sc in a private college which is located in Salem.

Vimal Raj was getting trained in a Kabaddi academy which is also located in Salem. In the night of 24th July, a state level Kabaddi match took place at Maandikuppam. Representing a team in the match, Vimal Raj took part in the tournament.

While going for ride, Vimal lost his conscious unexpectedly. Organizers of the tournament and Vimal’s fellow players took him to the nearby hospital immediately. Doctors who saw him, declares the youth as brought dead and the incident left the entire locality in a deep devastation.

Police officials of Muthaandikuppram registered case and has been investigating about it. Body of the youth has been sent to the government hospital of Mundiyambaakkam for post morten.

Previous article“I Will Never Do This Again In My Life” – Nazriya Got Extremely Upset
Next articleCadres & Fans Went Emotional After Seeing Captain Vijayakanth !! WATCH

From Modi To Tamizhisai Everyone Added “Chowkidar” Infront Of Their Names !! Here’s Why !!