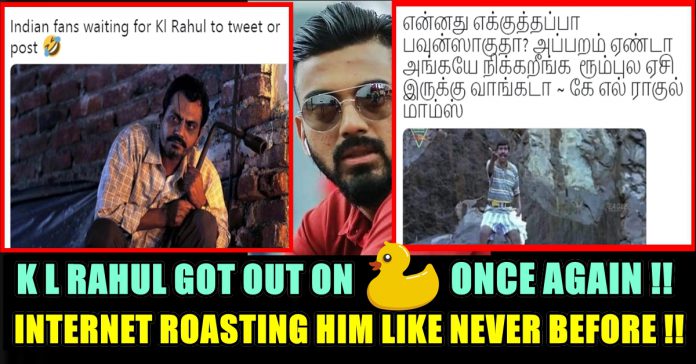 Australia has set a target of 287 runs for India to win the second test in Perth. Tim Paine side was bowled out at 243 in their second innings on the fourth day of the test on a pitch that is presenting uneven bounce. India bowlers didn’t get any wicket in the first session before Lunch but came back strongly after the Lunch break to take 6 wickets for 51 runs. Shami was the pick of the bowlers who took wickets 6/56. Shami was at his fiery best and reduced the hosts to 207/9 from 192/5 at Lunch. It looked like India would wrap up the ‘tail’ quickly, but, the final pair of Mitchel Starc and Hazelwood added 36 crucial runs to take the total lead beyond 250. Usman Khawaja was the top scorer for the Australia with 72 runs. As Vijay and KL Rahul opened the innings for team India, to our disappointment, KL Rahul got out in the very first over. Intending to leave the delivery of Mitchel Starc, KL Rahul got it into the stumps by getting inside edge. In the first innings he got out on 2. 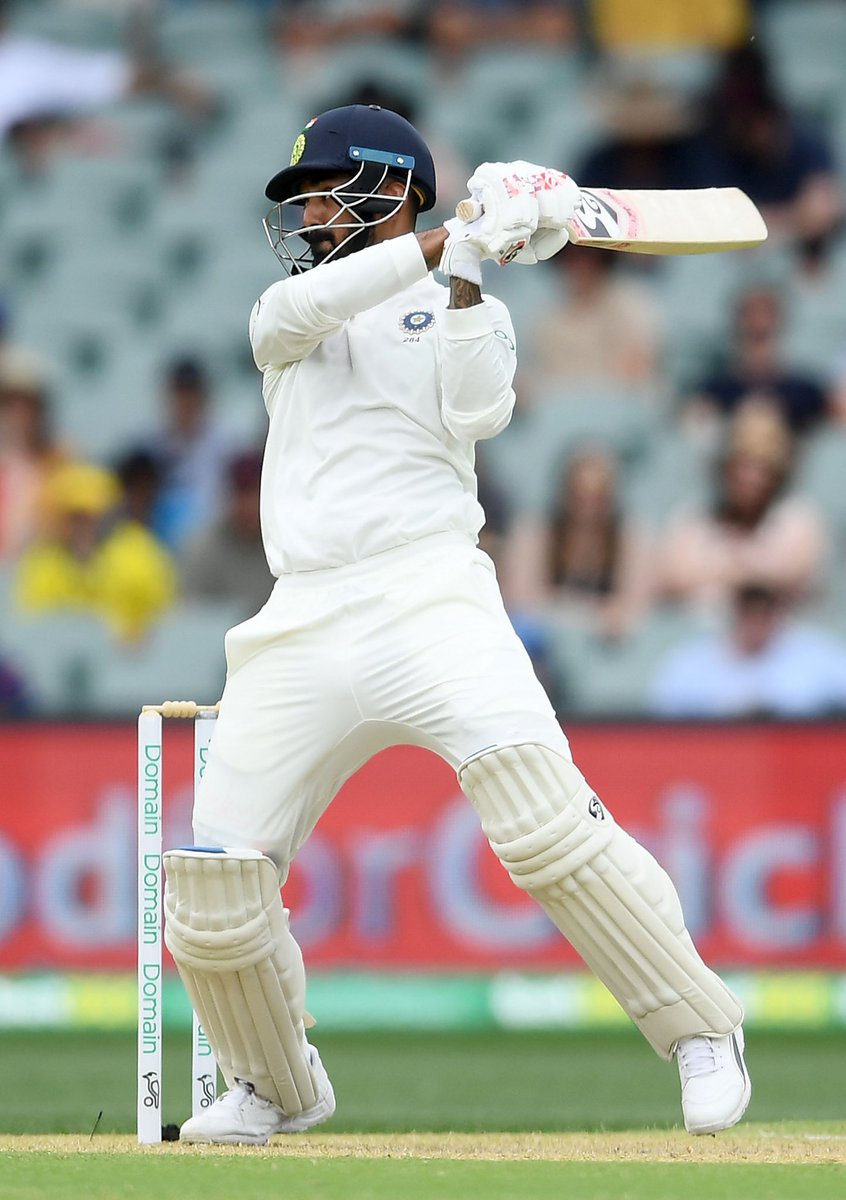 Frustrated netizens started roasting him brutally for being abad opener. Check out some of them here :

“And they thought KL Rahul is a better opener than me”🤪 – Shikhar Dhawan #AUSvIND #INDvAUS pic.twitter.com/1EwfRWBO9x

KL #Rahul is a fucking disaster. Yet to see a worse opening batsman than him. A classic case of an overrated cricketer. High time #India drops him from the test team. #AUSvIND

Can someone stop KL Rahul if he goes to net practise immediately after the dismissal..

Good to see this kind of dedication from an Indian who was a part of history#AUSvIND pic.twitter.com/l0MOmfUJtl

KL Rahul has been dismissed ‘Bowled’ seven times out of his last 11 Test innings. Notorious! #AUSvIND

1894 runs in his small test career,
149 vs England in England is my favourite one!

KL Rahul has all it takes to enjoy a long run in the Indian team.

If anybody says KL Rahul deserves a world cup spot, give me your address, I’ll beat your ass personally #AUSvIND

It’s not going to be epic for this guy KL Rahul and definitely he is not going to stay in Australia for the next two months pic.twitter.com/3Vld1oy7jO

KL Rahul needs to learn from this player#AUSvIND #SacredGames pic.twitter.com/rCVHsHpqjg

Earlier in the day, resuming at their overnight total of 132 runs, the Australia did not lose any wicket in the first session of the day taking their score to 190 runs and lead of 233 runs till the lunch break.

India lead the series 1-0 after winning the first Test in Adelaide.

Previous articleKamal Haasan Appeared In A Television Ad !! Check Out The Mixed Reactions From Viewers !!
Next articleActor Madhavan “Very Touched” From These Words Of Abishek Bachchan !! Check Out !!

Kerala Police has issued a non-bailable arrest warrant against controversial personality Meera Mitun, reports have emerged. Recently, a tweet about her death surfaced in...