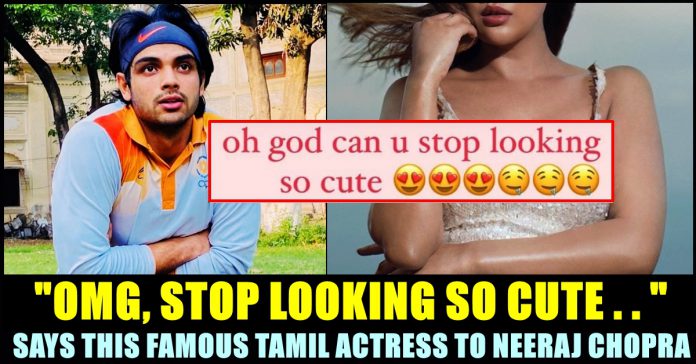 From IndiGo offering unlimited free travel for Neeraj Chopra for a year to OYO opening its door for the athlete for free, Neeraj Chopra has been receiving rewards from all over the country after winning Gold medal for India in the Tokyo Olympics 2020. Anand Mahindra, the chairman of Mahindra and Mahindra, has announced to give a brand new XUV 700 to Chopra when he returns to India. Haryana Chief minister ML Khattar announced that Neeraj will receive a cash reward of Rs. 6 crore from the government. He also announced class 1 job and a piece of plot of land at concessional rates.

Captain Amarinder Singh, chief minister of Punjab announced a special cash reward of Rs. 2 crore to Neeraj Chopra and said that it is a proud moment for India and Punjabis referring to the family roots of Neeraj Chopra in Punjab. The Board of control for cricket in India and popular IPL franchise Chennai Super Kings announced Rs. 1 crore each to the 23 year old.

Manipur government announced Rs. 1 crore cash reward for the athlete as well. From August 8, 2021 to August 7 2022, Neeraj can board to the flights of Indigo for free. Rakesh Kapoor, chairman of Realty firm Elan Group’s announced Rs. 25 lakh cash reward for Chopra. A petrol pump owner in Gujarat’s Bharuch went one step ahead and announced that the people who share their names with Neeraj Chopra will be rewarded petrol that worth Rs. 501.

After making history with his Javelin throw ability on Saturday, 23 year old Neeraj Chopra has been grabbing headlines for various other reasons. After becoming the second Indian Athlete after Abhinav Bindra to win an individual Gold medal at the Olympic games, Neeraj Chopra is being celebrated by the entire country. He blew away the Men’s Javelin field that had some of the biggest names. The 23-year-old won the Gold medal with a best throw of 87.58m on a day when his biggest-rival Johannes Vetter blew cold and crashed out of the final even without qualifying among the top 8.

Though he did not match his personal best of 88.06 metres, he managed to script history with his magical throw on the main day. Along with all the rewards, Neeraj has also gained a separate fan base among girls. Tamil actress Raiza who is known for her Bigg Boss participation and films such as “Pyar Prema Kaadhal”, has been uploading stories in her official twitter handle, expressing her admiration over the looks of the young lad.

“OMG What A Cutie” she exclaimed while uploading a picture of Neeraj Chopra in her official Instagram handle. On Monday, she came up with a story uploading another picture of the javelin thrower and added a caption saying “Oh God, Can you stop looking so cute” with heart emojis. Check out the screen shots of her stories below :

Neeraj is the youngest-ever Indian gold medalist in an individual event and the only one to have won gold in his Olympic debut. Many more brands and firms across the country are coming forward to honour Neeraj by providing him free services. A biographical picture on his journey to the Olympics is on cards as well.

Previous articleBJP Secretary Claimed That 2 Hours Travel From Coimbatore To Thrissur Reduced To 10 Mins By The Govt. !! Check Reactions
Next articleInternet Slammed Navika Kumar For Insisting Neeraj Chopra To Answer On His Girl Friend !!

“I Was About To Knock Bigg Boss House At That Night” Nithya Opens On Aishwarya’s Activity Against Balaji !!

Actor Suriya's own fans expressed their dejection over the star's recent twitter activities and has been asking him to listen to their requests through...