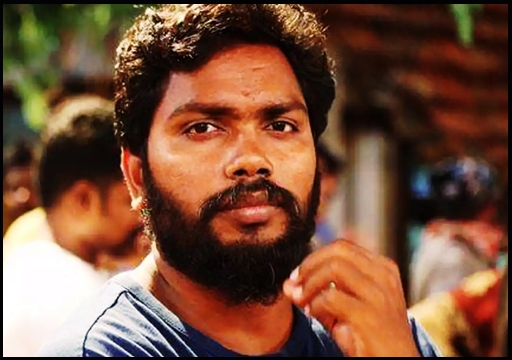 Tweets of director Pa. Ranjith which were posted 10 years ago are resurfacing in the micro blogging social media site with fans reacting to them in various kind of ways. In the tweets, the filmmaker who is considered as one of the important minds of new wave Tamil cinema, could be seen getting excited on people loving his debut film “Attakathi”. A tweet shows him trying to pitch a short poem based on love and lust between a man and woman.

Pa. Ranjith who changed the face of Tamil cinema through his films, is currently producing 10 plus films under his banner “Neelam productions” and has directed Super star Rajinikanth twice in a very short span of time. His recent directorial “Sarpatta Parambarai” became a huge hit for the way he made it and the screenplay he delivered.

After working as an assistant director to Venkat Prabhu in “Chennai 28”, Ranjith debuted through “Attakathi” by having actor Dinesh in the lead role. He rose to fame after directing Karthi in “Madras”, a film that gained him an opportunity to direct Superstar Rajinikanth in two films back to back. The filmmaker depicted the lifestyle of Dalits in his films which is something new for tamil cinema. He instigated the new wave of Tamil cinema through which makers started turning their head towards addressing the oppression Dalits faced all these years due to the case discrimination.

Nowadays, the filmmakers has moved into a space where he started producing his own films and also for others. Now, a number of tweets Ranjith posted 10 long years ago became subject to the attention of online users. On 16th of August, 2012, Ranjith uploaded a tweet expressing his excitement over how many fans are receiving his film well.

Check out some  of the reactions his old tweets received now :

He seems to have been a fun loving person in his initial days I guess…. https://t.co/O15UWPxc32

This is so wholesome. Imagine struggling you way through to an industry, to make art that you like and to eventually find out that people like it too. https://t.co/VGsPzPFoRl