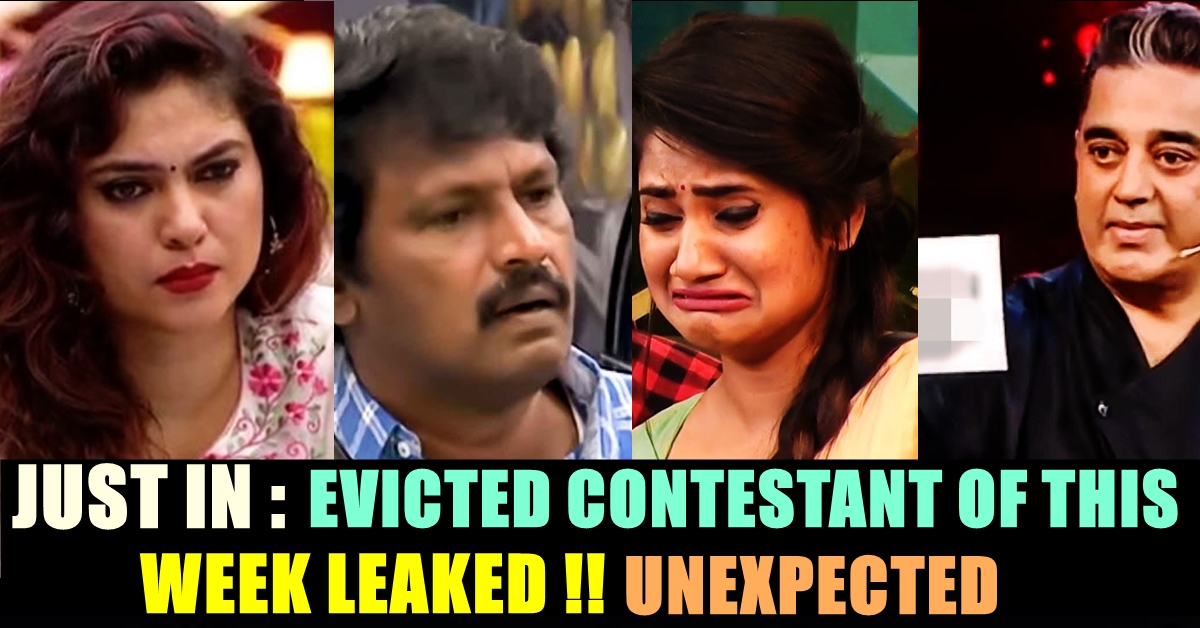 Bigg Boss Tamil show evicted a contestant after 14 long days as there was no eviction in last week. After evicting Kasthuri, wild card contestant of the show, Vanitha, another wild card contestant was highly expected to get evicted from the show this week. As she became a captain for the second time in this season by winning a task, technically no contestant nominated her for eviction.

The most anticipated Saturday’s episode streamed yesterday and as usual Kamal Hasan excelled in his own way throughout the show with his observation throughout the week. Ulaganayagan Kamal Haasan who is hosting the show, in the promo itself said that he is going to remind the contestants about the winning the game in a right way instead of winning it any way.

Coming back to eviction process which is going to be telecasted today evening, Director/Actor Cheran, the eldest contestant inside the house got evicted by Bigg Boss due to less votes from the audience. Cheran, the four time national award winner, survived 75+ days inside the Bigg Boss house.

Cheran was offered secret room by Kamal Haasan which was rejected by Kasthuri. The director accepted to go into the room as per by reports. As soon as he got evicted, social media users started reacting by posting their views in their respective social media accounts.

Cheran ur my hero ❤️
Ur my inspiration🥰
Ur r like my father 🙏
Bye bye Bb3
Real world waiting for you 👍 #BiggBossTamil3 pic.twitter.com/pL5grB7OXe

Cheran getting evicted is definitely good for him. He is already losing it inside the house. Though respect him for his works, but he was regressive and the agony uncle types. Not ready to appreciate the younger talents. Very self centered. #Cheran #BiggBossTamil3

#cheran sir you realy fought well rather than loving girls and cheating them you deserved to be in final but bots finally winning over honesty..
i am from #Tharshanarmy you are realy a good human and father hope u will succeed in cine field again#BiggBossTamil3

If cheran is eliminated this week it means both @vijaytelevision & viewers need only fraudsters, crooked people, gangsters & masala drama in this show. they don't want real,good, true people. Anyways #Cheran is always winner in every family hearts. #biggbosstamil #BiggBossTamil3

#Cheran sir in secret room.. So don't spread rumours that he was evicted and came out form bb house..so the game will be more interesting❤️I'm happy that #Cheran sir will come to know the real faces of others😎🔥#அன்புள்ளசேரன்#BiggBossTamil3

#Cheran evicted & moved to secret room ! He may b wrong at times but not deserve to go now when still tat idiotic #Vanitha is in !#BiggBossTamil3

Cheran made an important announcement about his upcoming project during his stint in Bigg Boss house. He said that he is going to start a movie by having Vijay Sethupathi in the lead role which is supposed to go on floors by January. The controversy of himself with Meera Mithun grabbed limelight as she accused him for physical harassment. However, Kamal Haasan in the weekend show made sure that it was just a push within task.

Ajith & Vijay Fans Joined Hands Once Again !! You Must Check This Out !!
For Shouting At ISRO Official At Press Meet, Reporter Got Thrashed By Public !! MUST CHECK !!