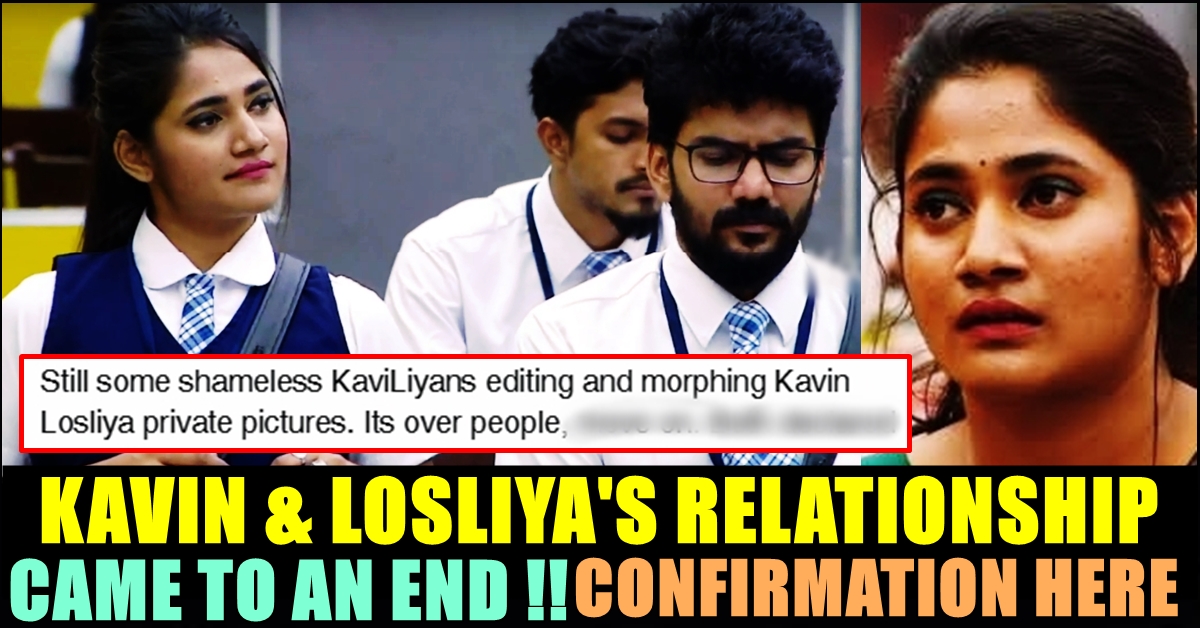 Kavin and Losliya who found a spot in the list of “Most Desirable On TV” thanked their fans for the love they are pouring. All the three season of Bigg Boss Tamil show brought the participants of it in limelight. The show which was hosted by Ulaganayagan Kamal Haasan is one of the highest viewed program as it attracted the family audience in big time.

Though Mugen Rao won the 100 days show with highest number of people votes, Kavin who walked out of the show with prize money won the Most Desirable Man on TV award . Losliya grabbed the second spot in the list released by Chennai Times on Most desirable woman in 2019.

Though Mugen won the title of Bigg Boss show, the trending topic throughout the show is Kavin and Losliya who were highly believed to have love relationship between them. The way they behaved throughout the 100 days in the Bigg Boss house is the reason for fans starting fan pages in the name of “Kavliya” and all. When Kavin evicted himself in the 95th day, Losliya couldn’t tolerate the pain and kept her hand in between the door to make him stop from going.

Kavin for his part, said to the newsreader that he will be waiting for her from outside. He even wished her to win the title and there is a belief that Kavin evicted himself only to make Losliya win by influencing his followers to vote for Losliya in the final week. The episode of Losliya’s father expressing his disappointment over Losliya for involving in an affair with the actor went extremely viral.

Meanwhile, Kavin who appeared in an interview with Chennai times for winning the most desirable man of 2019 award, has clearly mentioned that he is still single and is not involved in any kind of relationship with any one currently. The actor also avoided talking about Losliya throughout the interview. He didn’t even mention Losliya as his co-contestant which left the fans of KavLiya in tears. On the other hand, Losliya also informed the Chennai Times that she is single now.

Check out some of the reactions from Internet here :

Still some shameless KaviLiyans editing and morphing Kavin Losliya private pictures. Its over people, move on. Both declared single in the media. Let them live their private lives now. #kaviliya

Now are you clear #Kavin said he is single this is why t.o.i said #Losliya also single get the point and move on don't come and blame liya for everything

He confirmed that he s single now …so no more #kaviliya 😢😢😢😢

Comment your views on Kavin and Losliya parting ways !!