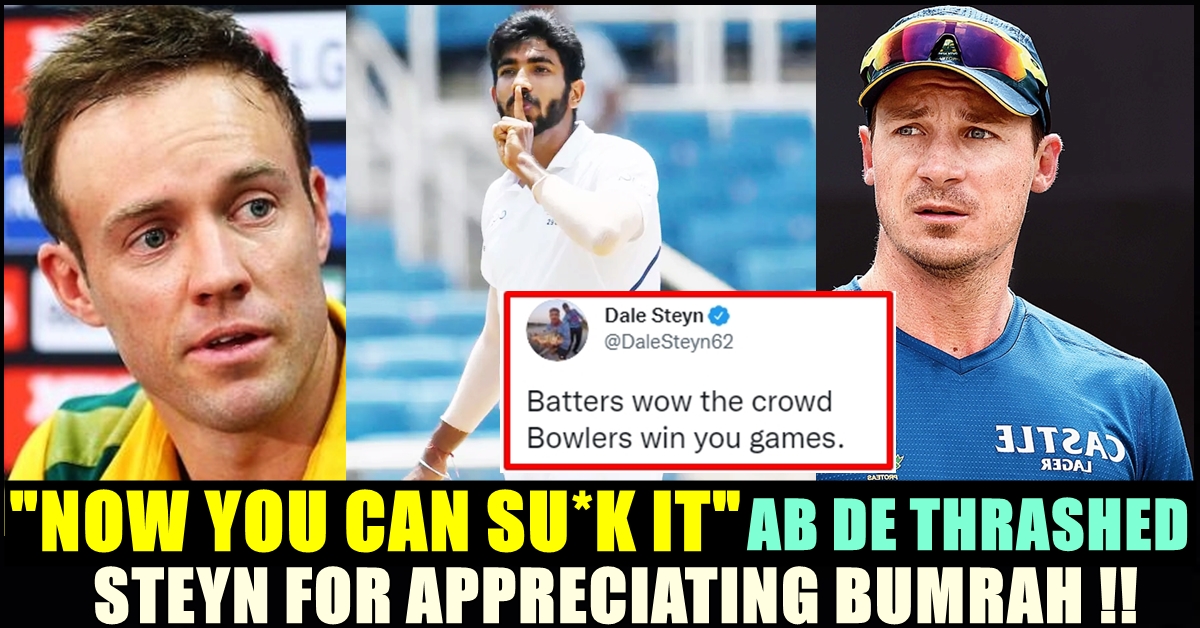 Reacting to the fifth day of the fourth test that took place between India and England, Dale Steyn, former iconic pacer of team South Africa, uploaded a tweet glorifying bowlers. To appreciate the performance displayed by Bumrah, the former cricketer said that Bowlers wins matches for team while batters would only make crowd go “WOW”. The tweet grabbed the attention of AB De Villiers, star batsman of the same team and he visibly got offended which became evident through the replies he made to the pacer.

Kohli led team India won the fourth test match against England at “The Oval” and registered history. Bowlers did a tremendous job to make the team win. Jaspirit Bumrah, one of the leading pacers of the team, got the crucial wickets of Ollie Pope and Johnny Bairstow back to back. Thakur, Jadeja, Yadav also did well to register the victory.

On seeing the match, Dale Steyn who is pretty much famous across the world for the bowling performance he pulled during his prime time, uploaded a tweet writing “Batters wow the crowd
Bowlers win you games.”

The tweet garnered huge reception with De Villiers reacting to it. The Royal Challengers Bangalore Batsman reacted with an emoji initially.

“I was gonna buy one of your nft’s! Now you can suck it” AB De further tweeted.

I was gonna buy one of your nft’s! Now you can suck it

Dale Steyn recently launched NFTs (non fungible tokens) after announcing his retirement from all forms of cricket. Check out some of the reactions for this conversation between the duo :

Thakur does both , lord

Stiil u are the bumrah's first ever test wicket…