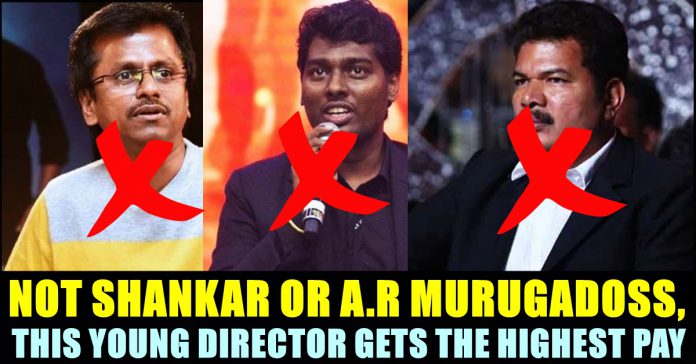 A latest buzz has confirmed that Raghava Lawrence bought Rs.50 crores as salary to direct the Hindi version of Kanchana in which Akshay Kumar is playing the lead role. It is the highest by a Tamil film director, says the news report. The most successful directors in Tamil film industry are Maniratnam, Shankar and A.R Murugadoss. As Maniratnam is producing his own directorials, his salary couldn’t be determined. He is currently involved in directing “Ponniyin Selvan” with multiple casts and crew. The film is being made with Rs.1000 crores of budget, according to reports.

A.R Murugadoss and Shankar are widely believed to get Rs.20 crores as salary for a film. As Darbar became a box office dud, A.R Murugadoss was requested to reduce his salary by Sun pictures for their next film Thuppakki 2. Now, the reports has suggested that Raghava Lawrence received Rs.50 crores as salary to direct Laxmi bomb by having Akshay Kumar in the lead role. It is a hindi remake of his Tamil blockbuster film Kanchana.

To act in the film, Akshay Kumar has reportedly received Rs.120 crores as salary. With this project, Raghava Lawrence becomes the highest paid Tamil filmmaker of all time. The film has Kiara Advani in the female lead role. It is slated to get a theatrical release on 22nd of May but likely to get postponed due to the corona crisis due to which the entire world is suffering.

Earlier, After the film went on floors, Raghava Lawrence said that he is opting out from the project due to various reasons. At that time, The director publicly announced that he is walking out of the project through his official twitter account. His press release said that they made him feel disrespected and disappointed by releasing the first look of the movie without informing it to him. (Also Read : Raghava Lawrence Walked Out Of Laxmi Bomb?”)

However the filmmaker got back on the project after few days. “I am back on board as a director of ‘Laxmmi Bomb’. A big thank you to Akshay Kumar sir for understanding my feelings and sorting all issues. Another thank you to my producer Shabinaa Khan for the same. Thanks to both for giving me respect,” Lawrence said in his press release.

Now the dancer come director is getting widely appreciated for his donation. He pledged to donate a whopping amount Rs.3 crores to prevent Coronavirus. Among the 3 crores, Raghava Lawrence is going to donate 50 lakhs to PM cares, 50 lakhs to CM relief, 50 lakhs to dancers union, 25 lakhs to physically abled boys and 75 lakhs to the daily labour’s and for the people from his birthplace Royapuram, Desiyanagar.