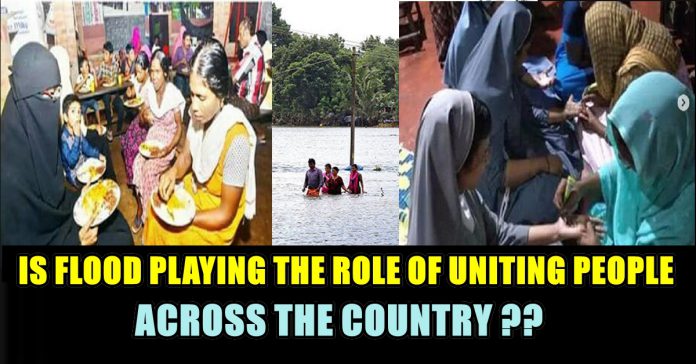 120 families including 470 men, women and children were lodged in the makeshift camp.

And it was not just efforts to house victims that shone through in this grim time.

After the rains subsided, two groups of Muslim youths in Wayanad and Malappuram went on to clean temples in the districts on Monday, even as they fasted on the day of Arafah. The Venniyode Sree Maha Vishnu temple in Wayanad was reportedly inundated with waters from the Venniyode river and covered in mud from the floods. 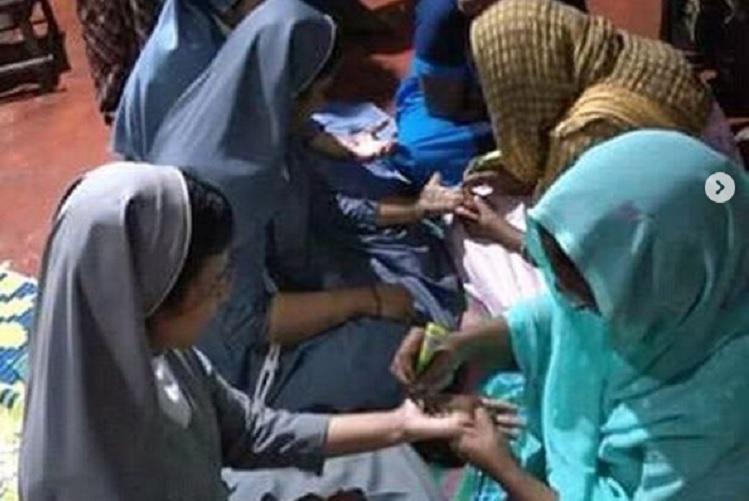 In Mannarkad, it was the Ayyappan temple that saw 20 Muslim youths clean the premises for four hours.

“Islam says it is the duty of every believer to protect places of worship, even during war. We believe that we will be answerable to God on what we did during testing times like the current floods. What was most striking was the spirit of acceptance shown by temple authorities. The temple official was overwhelmed by our help,”  said Najumudeen K, a UAE based engineer who was part of the team, to ToI. 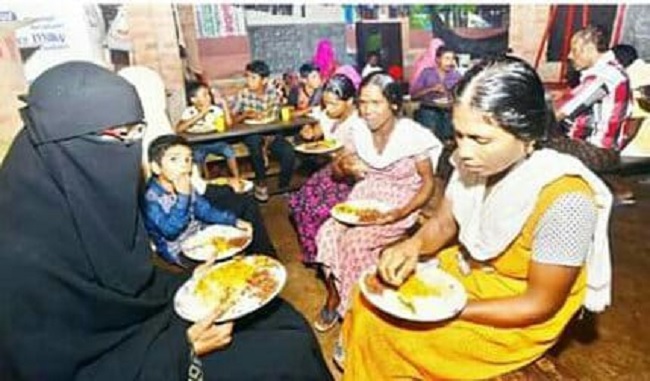 On the morning of Eid, the message given to worshippers gathered at the Palayalam mosque in Thiruvananthapuram was to contribute to the CM’s disaster relief fund.

“The message was to cut down the celebrations and donate the money saved to the relief fund,” says the Palayam Imam Maulavi Suhaib VP.

This is a time of unity and mutual love. A time when everyone should be in solidarity with the ones hit by disaster, the Imam says. “With that in mind, there were brothers from the Hindu religion to help clean the masjids. And there were Muslims helping to clean the temples. That shows the unity of people. The message of this festival is to create oneness. And through the disaster, it’s happened. This unity should now last forever in our lives,” the  Imam adds. 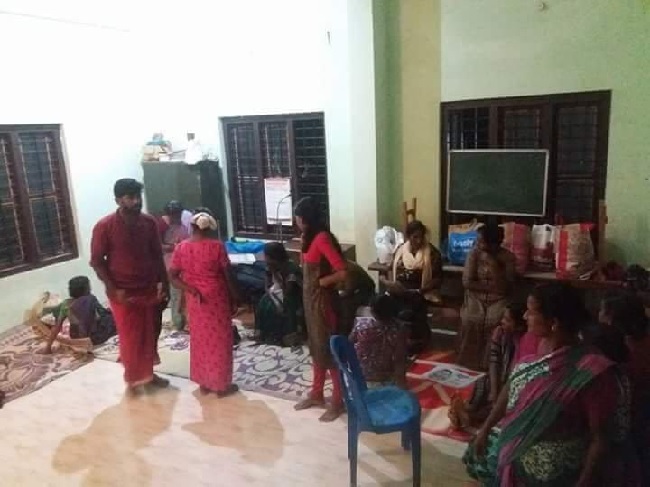 Pictures of Muslim women applying mehendi to nuns in Snehalaya convent in Kodungallur ahead of Eid have been doing the rounds on social media, with several celebrities sharing the images and taking pride in the religious harmony in the state.

And finally, perhaps in the biggest gesture of harmony to be seen in the floods, differences were buried at a graveyard in Idukki district, where a Christian cemetery allowed for the burial of a Hindu man in its premises. The elderly man had died at a relief camp in the district and the vicar at Pallivasal allowed for the final rites to be conducted at the Church cemetery. 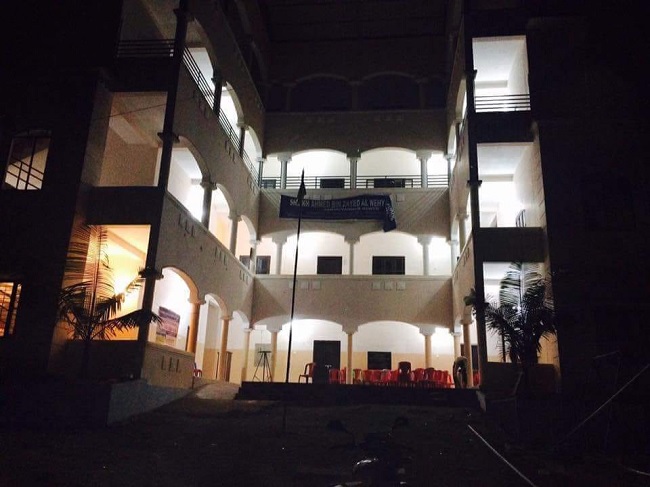 “We have been preaching our parishioners to “be better” to each other and take this opportunity to be kind and more helpful to a neighbour who might be struggling. And the Church itself took the opportunity to let one of our neighbours to rest peacefully inside the cemetery regardless of his cast or creed,” said Fr Shinto Velliparambil, the vicar at St Anne’s Church to TNIE.