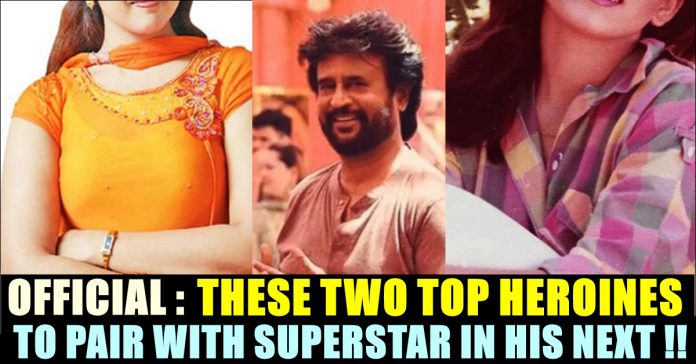 Superstar who was last seen in Karthick Subbaraj’s “Petta”, is next to be seen in A.R Murugadoss’s “Darbar”. The film which is in its final stage of shooting, has Lady Superstar Nayanthara in the female lead. While every fan of the actor are expecting the production house to announce about who the heroine will be, the official confirmation has been surfaced.

Now the makers of Thalaivar 168 are posting the updates regarding the cast list in a regular interval. Earlier it was reported that comedy actor Soori is going to feature in the film as comedian. The production house has officially updated that comedian Soori has been roped in to play one of a role in the movie. It is notable that Soori is going to act along with the Superstar for the first time in his career.

Followed by this, yesterday the makers announced that Keerthy Suresh is going to join the crew of Thalaivar 168. Keerthy Suresh is the only actress to be acting along with Rajinikanth among the actresses who debuted after 2013. The twitter handle of Sun Pictures has updated about the same. Check out their post here :

We are delighted to announce that for the first time, @KeerthyOfficial will be acting with Superstar @rajinikanth in #Thalaivar168
@directorsiva#KeerthyInThalaivar168 pic.twitter.com/sy4uba5DNd

The actress expressed her happiness through a short video saying that she was a biggest fan of Superstar Rajinikanth and it is really happy to be acting along with him.

Followed by this, Sun pictures also announced that actress Meena who acted along with Superstar in movies like Muthu, Anbulla Rajinikanth is going to be featured in Thalaivar 168.

Meena, in a way of sharing her happiness, said that she is very much excited to do the project with Rajinikanth after very long time.

To our surprise, the makers also announced that actress Kushboo who acted along with Rajinikanth in Annamalai, Mannan, Pandiyan etc. is a part fo teh film.

Sharing this news, Kushboo said that she is very much happy to come back to Tamil cinema in a film like Thalaivar 168. She also informed us that she going to appear in screen along with Superstar after 28 years.

Apart from the female lead ladies, talented supporting actor Prakash Raj also joined the crew of Thalaivar 168 which was announced by the production house through twitter.