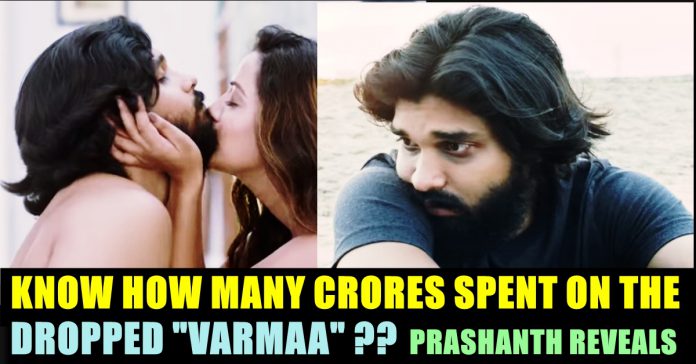 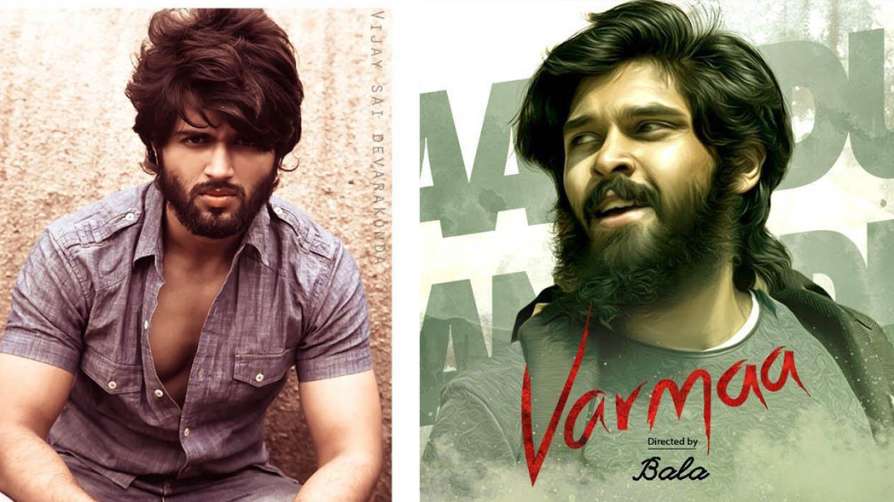 Varmaa is the Tamil remake of the Telugu film Arjun Reddy and is produced by Mukesh Mehta under E4 Entertainment. It is directed by Bala, and the dialogues were written by Raju Murugan. M. Sukumar was selected to handle the cinematography. Mehta said Varma would be 20 minutes shorter than the Telugu original. Sathish Suriya was chosen as the film editor, after having earlier worked for Bala’s Naachiyaar.

Dhruv Vikram, son of ace actor Vikram, supposed to make his acting debut with Varma, the Tamil remake of the Telugu blockbuster Arjun Reddy. The Tamil version, which is helmed by director Bala, has Megha Chowdhury, Eswari Rao and Raiza Wilson in pivotal roles went in vein as everyone attached to the film decided to drop it. Now reviewer Prashanth has revealed some facts behind Varmaa’s drop. “The film approximately consumed around 7 to 8 crores on the whole” reported the reviewer in his video.

“After watching the preview show of Bala’s Varma, It is Vikram who thought that it does not contain any scenes that made impact in the original version. The version which lasted 2 hours is 1 hour behind the original version, the duration of which is 3 hours and 10 minutes.” said Panda aka Prashanth.

“The fact about the production crew approaching Gautham Vasudev Menon is true but because of some unfinished commitments, the director denied. Then they decided to ask Sandeep Vanga, the one who directed the original version of the film. But due to his busy schedule in making Arjun Reddy hindi version, the director suggested the Tamil film crew to direct it with the associate director who worked in Arjun Reddy. He also told the them  that he could direct the film without losing it’s essence” says Panda’s report. The Tamil teaser of the much-anticipated film Varma was unveiled on September 23. While Dhruv reprises the role of Vijay Deverakonda, Megha chosen to do Shalini Pandey’s role in the Tamil remake.

This is first time in Tamil cinema ever to happen. We have seen Kamal Haasan’s Maruthanayagam dropped due to the lack of budget and Selvaraghavan’s  many projects shelved due to various reasons but planning to make a whole new movie again which is already completed is first of its kind controversy that Tamil audience witnessing.